Other Sports, Uncategorized by Blake Hoffman 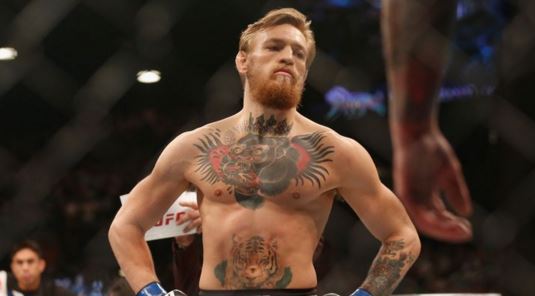 To the surprise of virtually no one, Featherweight title-holder Conor McGregor has already backtracked from this tweet posted 48 hours ago:

“I am just trying to do my job and fight here. I am paid to fight. I am not yet paid to promote. I have become lost in the game of promotion and forgot about the art of fighting. There comes a time when you need to stop handing out flyers and get back to the damn shop.”

McGregor continued, “50 world tours, 200 press conferences, 1 million interviews, 2 million photo shoots, and at the end of it all I’m left looking down the barrel of a lens, staring defeat in the face, thinking of nothing but my incorrect fight preparation. And the many distractions that led to this.”

McGregor was defeated by Nate Diaz in March for his first loss while a member of the UFC, and was scheduled to face him again at UFC 200. However, McGregor’s reluctance to help promote the fight led President Dana White to remove him from the bout.

McGregor tried to defend his choice, saying “I am facing a taller, longer and heavier man. I need to prepare correctly this time.” Last time the two fought, the Irishman moved up two weight classes to face Diaz, and was ill-prepared for the needed cardio of a 170-pound fight.

Unwilling to jeopardize a second straight defeat and once again underestimate his opponent, McGregor believes he should be given the benefit of the doubt as a result of the added revenue he has brought to the UFC over the years. Unfortunately for the Irishman, the UFC appears unwilling to compromise over this issue.

Whether or not McGregor still headlines UFC 200 remains to be seen, but the words “I AM NOT RETIRED” to conclude his Facebook post puts the debate regarding his premature retirement to rest.

And despite their current differences, no one is more relieved to hear that than Dana White.