It was a shock to many — as the U.S. was widely regarded as the favorite to earn the bid. Alas, FIFA had decided in moving the tournament to a region which has never hosted a prior World Cup. The thought process behind the decision included furthering its reach to a supposed football-crazed region. Leagues in Qatar, Saudi Arabia, and UAE have lured big name athletes and coaches to their respective countries — largely based upon possessing deep pockets.

Skepticism instantly fell upon the decision. For one, the average temperature during the month of June in Qatar’s capital city of Doha registers at a blistering 106 degrees Fahrenheit. On occasion it can even climb towards 120 degrees. This wouldn’t exactly be conducive for quality play on the pitch. There was inexplicable talk of building artificial clouds to “hang” over the stadium as a means to cool the surface/atmosphere.

Those plans were scrapped in favor of moving the World Cup altogether to the months of November and December. It will be the first time in which the tournament will be played during the winter. This complicates matters with virtually every top league in Europe. Traditionally, the summer months coincide with a break from action in Europe. Players would then not miss any time for their club team when representing their country in international play. As it currently stands, the 2022 World Cup falls smack-dab in the middle of the season. Clubs surely are not too happy about the possibility of losing their top players for (at minimum) two weeks.

Secondly, the infrastructure simply isn’t preexisting to host an event of this magnitude. The United States — for example — has FIFA regulated stadiums built all across the country. It’d be easy to host a game at Soldier Field in Chicago, or at the Rose Bowl in Pasadena.

Qatar will now build state-of-the-art facilities as a means to account for the slate of fixtures. There have been designs and prototypes made available to the public. Without question, these venues look fantastic. The oil-rich country is sparing no expense when it comes to crafting world class arenas.

To put it mildly, it was a peculiar change of events. The United States was widely expected — by virtually everyone — to garner the bid. Only at the last minute did Qatar put forth a package strong enough to be a viable option. FIFA consistently is accused of being a corrupt organization. I won’t go as far to say that without conclusive and comprehensive evidence. The world’s climate has recently seen a massive uptick in baseless allegations and name-calling.

With that said, the last World Cup provided much in the way of wide-spread controversy.

Brazil is a country beset by severe amounts of corruption — particularly in the realm of politics. Pegged as the host country in 2014, it provided South America’s biggest nation to “show-off” everything they had to offer in terms of natural beauty, pageantry, and passion.

While all of those aspects were showcased terrifically, the government and FIFA did not anticipate the backlash publicly offered by the population during the month-long event. The country spent $3 billion in order to build new stadiums, and refurbish preexisting ones. 90-percent of the financing was public money — even after former President Luiz Inacio Lula da Silva had promised previously that everything would be privately funded. The entire tournament cost Brazil roughly $14 billion — which by far registered as the most expensive World Cup in history. There’s a mass inadequacy as it pertained to education and health within the country. Poverty is an immensely significant issue plaguing Brazil. Once the numbers were made public, thousands of Brazilians were protesting in the streets. It truly became a black eye for a country wanting to make revenue off of tourists entering for the spectacle.

To make matters worse, over 170,000 people literally lost their homes due to construction, and all sorts of other infrastructure projects to account for the influx of World Cup tourists. The Arena Amazonia — one of the World Cup venues — cost $300 million to build. It sits on the edge of the Amazon in the city of Manaus, where one can access it only by boat or plane. Essentially, Brazil spent this large chunk of money on a stadium for a month-long period — where that could’ve been better helping those within its country.

FIFA itself was blamed for not only selecting Brazil as the host country, but also for an unwillingness to speak out against the problems impeding the quality of everyday life. Of course, FIFA is not an organization capable of regulating legislation for a country — nor is it expected to. Regardless, FIFA holds some of the cards as it pertains to potential economic profit.

The controversy stemming from Brazil is only the tip of the proverbial iceberg. According to a number of published works, television programs and documentaries, Qatar is employing archaic and cruel methods for the labor force tasked with building these opulent stadiums — which, along with the hotels and new railway system — is slated to cost more than $200 billion.

Qatar has been forced to hire labor from outside of the country due to its small size. Thousands of impoverished individuals from Nepal, the Philippines, Bangladesh, India, and other neighboring countries have traveled to Qatar in search of financial stability for their families. Instead, this form of pseudo-slavery includes 18-hour work days in the blistering sun. These individuals spent their entire life savings in order to fly to Qatar and pay the “recruitment fee.” Once in the country, passports are often confiscated as a means to keep the laborers squarely in the country.

For some, the paltry $200 earned a month isn’t paid on time. Some laborers go months without receiving a dime. Barracks are provided for these people (if  you can call them barracks). Filthy, shabby, abhorrent, and disgusting are adjectives that come to mind when describing the living conditions for these people. The worst aspect of this situation is the death toll emanating from this endeavor. Human Rights Watch claims that over 1,000 people have died whilst participating in the construction for the event. The Qatari government hasn’t been forthright with releasing exact numbers, or even proper investigations for many of the deaths.

While this is occurring, FIFA is staying quiet on the matter. There are those within the media and across the world claiming a direct link of corruption between Qatar and FIFA. In order to alleviate qualms about these issues, FIFA created the Human Rights Policy. It states the following:

“FIFA is committed to respecting all internationally recognized human rights and shall strive to promote the protection of these rights.”

Some of the stipulations include the monitoring and enforcement of mechanisms for labor rights on stadium construction sites in both Russia and Qatar. A Human Rights Advisory Board was also created with experts stemming from trade unions, civil society, the UN System, and FIFA sponsors.

The following question must be asked: Is FIFA making this attempt out of sincere concern over the potential human rights violations, or is all of this a stunt to stem criticism in the public eye?

Barring an unprecedented series of events, Qatar will hold the 2022 World Cup. The stadiums will be spectacular — as will many of the modern conveniences made available by this incredibly wealthy country. It will benefit from the influx of tourists spending their money. Duly, FIFA will profit greatly based upon the tournament.

These stadiums will unequivocally have been built upon the backs of disenfranchised individuals with virtually no representation — or a voice for themselves. FIFA has a chance to truly fix this situation with fair wages, an improvement in working conditions, and the sheer acknowledgement of this issue in the first place. Otherwise, this will be yet another example of a major conglomerate stomping upon the working class in search of monetary benefit.

For an organization promoting the world’s most popular game, one would hope it’d choose the former rather than the latter. 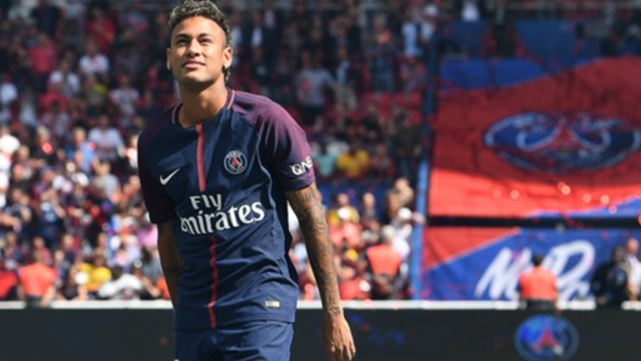