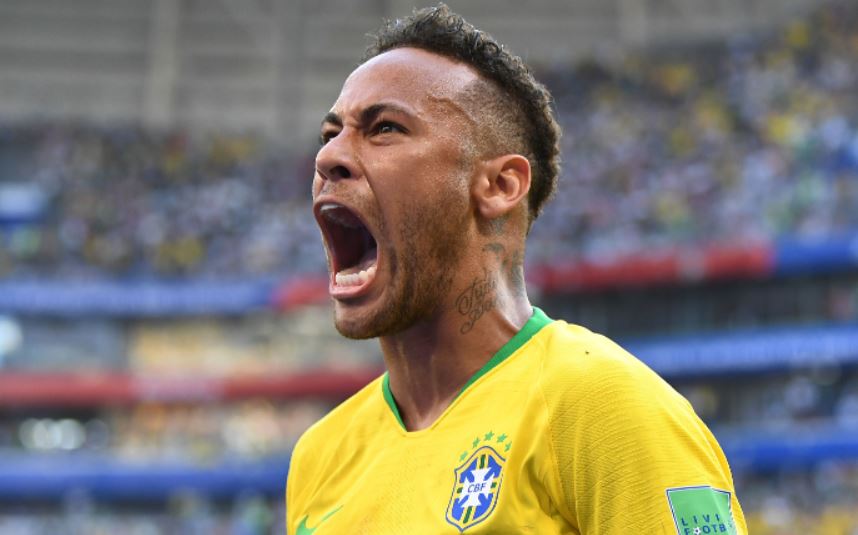 While the tournament has been full of excitement thus far, the real madness is set to begin. Some of the heavy favorites (Spain, Germany, Portugal, Argentina) have already been sent home. Three of the top dogs entering the tournament (Brazil, France, Belgium) remain unscathed.

The quarterfinals consist of some teams you’d expect to be here, a few that were given a chance to reach this stage, and two that nobody saw coming close to this spot in the tournament. The Round of 16 provided an ample amount of drama (three matches went to penalties, the Belgium/Japan extravaganza). We can only hope the rest of the tournament follows suit.

Let’s break down the quarterfinals:

One of the more intriguing match-ups of the quarterfinals, both Uruguay and France come into the contest undefeated. After breezing through their respective groups, La Celeste and Les Bleus enter this battle with high aspirations.

Uruguay defeated Cristiano Ronaldo and Portugal by a score of 2-1 in order to advance to the quarters. In a heated contest against the European Champions, Uruguay survived the match thanks to the brilliance of Edison Cavani. Cavani staked La Celeste an early lead by heading home the match’s opening goal in the 7th minute. Seven minutes after Pepe equalized for Portugal, Cavani curled a beauty into the side-netting to give Uruguay the lead in the 62nd minute.

The French ended Messi’s time in Russia, and possibly his international career, thanks to the dominant performance of Kylian Mbappe. Mbappe single-handedly sent the French through to the quarters. He put forth an effort that will go down as one of the best ever on the world’s biggest stage. Mbappe set France up for the lead after making a 60-yard run down the middle of the pitch before he was taken down in the box. This effectively set up an Antoine Griezmann penalty kick.

Argentina would rally to take a 2-1 lead a few minutes into the second half, but that was the last of their joy. An all-time strike by Benjamin Pavard leveled things for France, and then Mbappe finished took things into his own hands.

Messi was hoping to carry his team to the quarterfinals, but it was Mbappé who stole the show.

Watch the highlights of France vs Argentina in our 90′ in 90″ ⬇ pic.twitter.com/R1QfhrTu3Q

The match-up between these two squads should be one of the better games of the tournament. Uruguay is playing free and has all the confidence in the world following four-straight victories. France are led by Mbappe and a resurgent Paul Pogba, who has arguably been one of the best players in Russia thus far. At the end of the day, France has a bit too much for Uruguay to handle.

If you could only watch one of the quarterfinal games, you would have to choose this match. Brazil and Belgium have the potential to combine for upwards of seven goals in this slobberknocker. A contest pitting the second (Brazil) and third (Belgium) ranked teams in the world should be enough to whet your appetite. When factoring in the chance to watch Neymar and Romelu Lukaku, it’s a no-brainer.

Brazil and Belgium’s path to the quarters were polar opposites. Brazil vanquished Mexico 2-0 in a match that wasn’t all that close after the first 45. Neymar put forth his best effort thus far, controlling the match from the start with his movement and willingness to track back on defense. Neymar’s goal ultimately put the Selecao ahead. Until his horrible overreaction on the sideline, Neymar had a nearly perfect performance for his side.

Maturity issues will continue to haunt Neymar until antics like these subside. The Selecao look like one of the top teams in the tournament. However, it will take a special effort to slow Belgium’s potent attack. The Red Devils come into this match having scored 12 goals through their first four games. Led by Lukaku, Kevin De Bruyne, and Eden Hazard, Belgium features the most fearsome attack of any team left in the tournament. After sweeping through their group, Belgium mounted one of the most historic comebacks in World Cup history — becoming the first team to come back from a 2-0 deficit and win in a knockout game in 48 years.

Belgium stormed back from down 2-0 to advance to the quarterfinals.

Watch the highlights of this instant classic in our 90′ in 90″ ⬇ pic.twitter.com/KiiIiFKf2r

While both squads are equipped with high-powered attacks, the determining factor in this match-up will come down to defense. Brazil has only allowed one goal so far, and have kept 19 clean sheets in their last 25 matches. Belgium has talented players manning their defense, but have appeared vulnerable against good counter attacks. If Brazil can neutralize De Bruyne, they will have a great opportunity to win the match. The winner of this game may be the favorite to win the World Cup.

The game will end in a 2-2 draw, Brazil advancing on penalties.

Compared to the other side of the bracket, the four teams on this side — Croatia, Russia, England, Sweden — should feel great about their chances of making the Final. Coming off an improbable victory over Spain, host Russia are as confident as any team remaining. Russia’s run to the quarterfinals has been remarkable. Most pundits predicted an early exit. But here they stand, one win away from the semifinal.

Russia will most likely rely on similar tactics to those that got them past Spain. This includes hunkering down and playing four in the back, hoping for counter opportunities. Essentially, this mimics the defensive strategy Denmark implemented against the Croats. Alan Dzagoev is set to return after missing the previous three games, but the possibility of playing without their preferred left-back, Yuri Zhirkov, could leave the Russian’s exposed.

After a nervy performance against Denmark in the Round of 16, Croatia looks to regain their form that had them looking like a tournament favorite. Croatia will hope to dominate the midfield by utilizing the talents of star Luka Modric. A missed penalty by Modric in extra time could have been the lasting memory of the tournament for Croatia. However, he capitalized on another opportunity in the shootout — helping the Croats past Denmark and their world-class goalie, Kasper Schmeichel.

Russia has far surpassed all expectations. At this point, they’re playing with house money (and maybe a little help from VAR). Croatia enters the match as the prohibitive favorite. While Russia has done enough to feel good about their chances heading into the match, Croatia possesses too much quality for Russia to keep up with. A dominant performance by their star-laden midfield should be enough to see the Croats through to the semifinals.

The final two teams meeting in the quarterfinals are both feel-good stories. Sweden’s path throughout the tournament has been wild. In order to qualify for the World Cup, the Swedes knocked off Netherlands before besting famed side Italy in a two-leg playoff. Sweden’s journey through the World Cup itself has been inspiring. The Swedes closed out group play by dismantling Mexico, 3-0. A hard-fought 1-0 win over Switzerland in the quarterfinals has the underdogs a mere two victories away from the Final.

Awaiting Sweden are The Three Lions. England eased through their group, finishing second and receiving a more favorable draw than group winners Belgium. For the most part, England has played captivating football. The team seems to have a sense of togetherness that had been lacking in recent years. Led by talisman Harry Kane, England possess more firepower than Sweden on every level of the pitch. There is no debate as to which squad has the superior players. With that said, it is not always about who can boast the best talent (ask Ronaldo or Messi). The Three Lions overcame ghosts of World Cup’s past in defeating Colombia via penalty kicks, giving the nation even more hope moving forward:

Ospina gets a hand to it, but Dier sends England through to the quarterfinals! pic.twitter.com/nWdwfkoGeJ

Sweden have only allowed two goals this World Cup — one on a lucky bounce, the other a world-class shot. It’s equipped with an organized defense not allowing much room for mistakes. Outside of their opening match against Tunisia, England has struggled to create chances during the run of play. Kane has six goals, but only has created nine shots through four games. In their matches with Belgium and Colombia, The Three Lions struggled to do much of anything. Look for Sweden’s stout defense to limit England’s chances, leading to another penalty shootout. The ghosts will reappear.

After a 0-0 draw, Sweden advance on penalties.