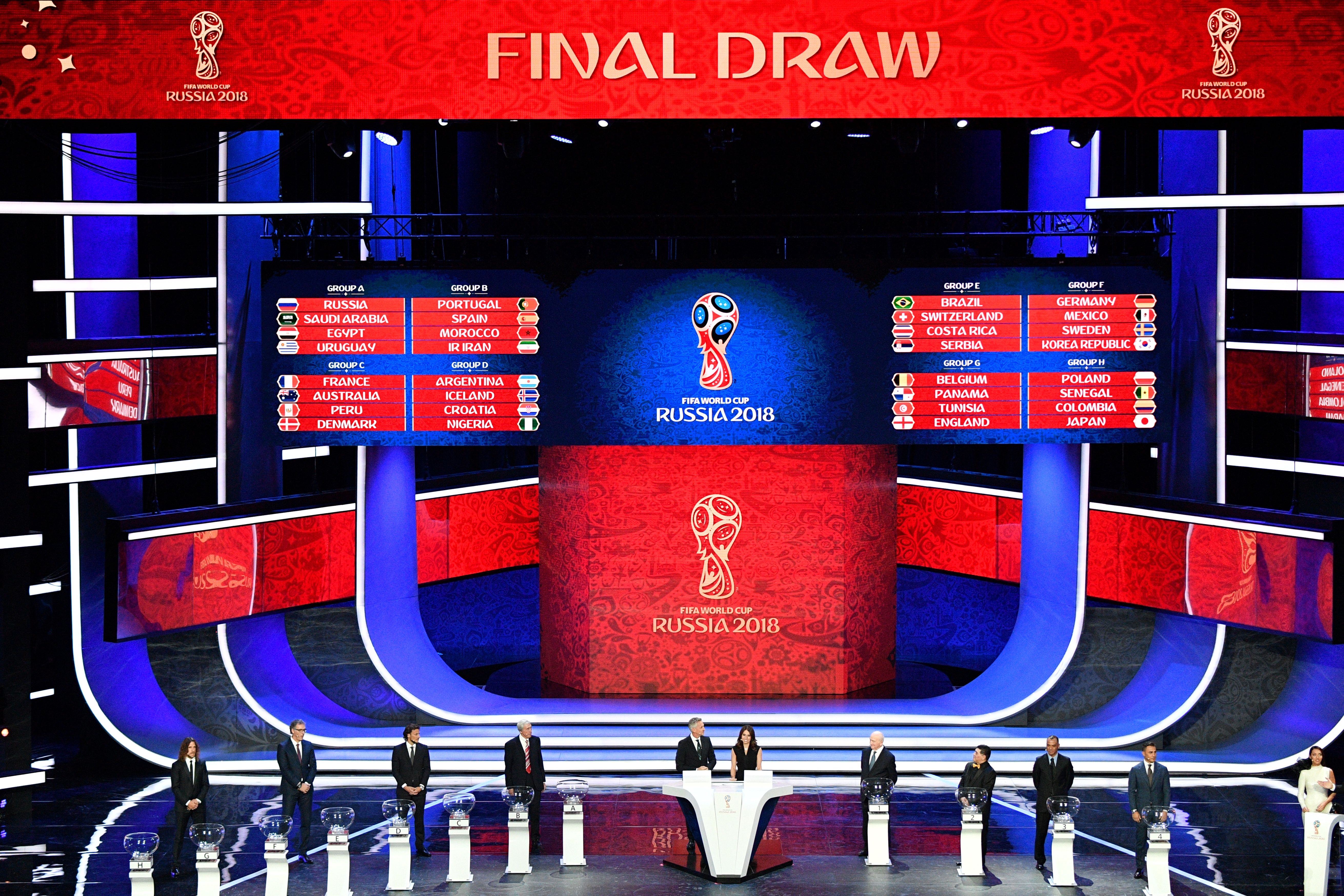 The draw for the 2018 World Cup took place on Friday morning. Utilizing the Kremlin as the location for the event, each of the eight groups were unveiled to the public.

While there’s not a clear ‘Group of Death’ among the clusters, the public was offered plenty in the way of intrigue: The host nation got as favorable a draw as it could’ve imagined. Lowly Saudi Arabia — the second-worst team in the tournament according to FIFA — will face off versus Russia (FIFA’s worst-ranked World Cup side) in the opening match. This is a match Russia must gain three points from if it’s to advance to the knockout stages.

Geographical rivals Portugal and Spain enter as the preemptive favorites to top the group.

The star-studded rosters for both squads feature some of the best talent on the globe. Morocco is a younger side with many unproven entities — though there are some talented players plying their trades in Europe. The big wildcard in this scenario is Iran. Team Melli breezed through qualification in Asia. Often times, they looked like the best team from the region.

In what’s been regarded as Iran’s ‘Golden Generation’, it will be fascinating to see whether the squad can upend one of the juggernauts standing in their way. It could be a coming out party for 22-year-old striker Sardar Azmoun on the world’s biggest stage. France is arguably the most loaded team in the field. There’s quality all over the pitch — including budding global star Kylian Mbappé. It could field its “B” team and still make it out of the group.

That’s not to say the group will be without some sort of theater. Australia currently is without a manager. This isn’t exactly ideal with the tournament less than a year away. Peru is a bit of an unknown — though the side is buoyed by a fantastic leader in Ricardo Gareca. Many are picking the Peruvians to nab the second spot in this group, largely due to a talented core featuring Paolo Guerrero, Edinson Flores, and Christian Cueva.

Denmark is the most talented team in the group outside of France. Christian Eriksen is a wizard with the ball at his feet. Though enigmatic, one cannot underestimate striker Nicklas Bendtner, either. Denmark will garner the slight advantage based upon the fact that South American sides tend to struggle whilst playing in Europe.

On the surface, Argentina appears to be the clear favorite. It should advance from the group with no issue. I’d say no issue based upon talent. However when delving beneath the surface, one can see that the side struggled immensely to get out of the treacherous CONMEBOL qualifying. La Albiceleste looked far from convincing — despite being equipped with a plethora of elite players.

Iceland is everyone’s feel good story. Though they will be considered underdogs, one shouldn’t discount the passion — nor tactical awareness — with which they play. Nigeria is also a bit of an unknown. The side is loaded with speed and athleticism, though the Super Eagles often are beset by off-the-field issues plaguing the federation.

Croatia possesses quality throughout the squad — particularly in the midfield. One would be hard-pressed to find a more talented group than the Luka Modrić-Ivan Rakitić -Ivan Perišić troika. If there’s such thing as a “Group of Death” in the field, this would be it. It figures to be highly competitive throughout the group stage. Canarinho should be the odds-on favorite to win the group. The side found its stride during the South American qualifying process. For the first time in over a year, it appears as if Brazil has found a formula for success with its current crop of players.

Much like Group C, the fight for the second-place spot will be fierce. Switzerland boasts both experience and class within its side. Costa Rica won its group during the ’14 tournament, and should not be underestimated in the slightest. Serbia is a big, physical side. Though it’s a younger group, there’s still plenty of ability littered throughout the roster.

It wouldn’t be a surprise to see either of the aforementioned three advance from the group. However, the Swiss will nab the second spot in what appears to be the last hurrah for some of the staples within the squad (Stephan Lichtsteiner, Valon Behrami, Johan Djourou).

Germany enters the 2018 World Cup as the biggest bully on the proverbial block. The systematic machine-like squad is playing at an exceptionally high level. It would essentially be a disaster for the DFB if the side didn’t make the semifinals.

Mexico should be the next team to come out of the group. With that said, it won’t be a walk in the park. Sweden surprisingly knocked Italy out of World Cup contention with an impressive two-match performance. The Swedes relied on guile, organization, and physical prowess in defeating the Italians. These aren’t characteristics any would normally attribute to the Mexican side.

Lastly, South Korea enters as somewhat of a mysterious side. The Koreans weren’t overly dynamic during the qualification process. It’s also won only two of its last 10 matches dating back to March of last year. It wouldn’t be a complete shock to see Sweden garner a spot in the knockout stages as a surprise darling. However, Mexico’s overall quality will be just enough to see them through. Belgium and England must be thanking their lucky stars upon finding out their respective draws.

Les Diables Rouges and The Three Lions are clear favorites to advance. In fact, it would essentially be a colossal failure if either fails to make it to the knockout stages. With the field being somewhat open — and it taking place in Europe — the stage is set for one of the two (if not both) to make deep runs.

England in particular could look to shake off the disappointment in recent memory with its promising collection of starlets. Belgium also has the potential to be a dark-horse semifinalist (depending on how the draw shakes out).

Unlike the other seven groups, there isn’t one squad standing out head and shoulders above the rest.

Poland boasts one of the world’s top strikers in Robert Lewandowski. The high-flying Japanese have quality up top in Shinji Okazaki and Keisuke Honda. Senegal doesn’t have a team heavy with big names — though lead striker Sadio Mané is one of the most talented players emanating from the continent of Africa.

Colombia is likely the most notable side of the bunch. Though James Rodríguez has failed to replicate his form from the last World Cup, the Los Cafeteros are still highly dangerous. This figures to be an utterly wacky group. There’s really no telling as to whom will separate themselves. Colombia gets the nod with its collective experience. In somewhat of a surprise, Senegal will shine with its attack-minded nature. 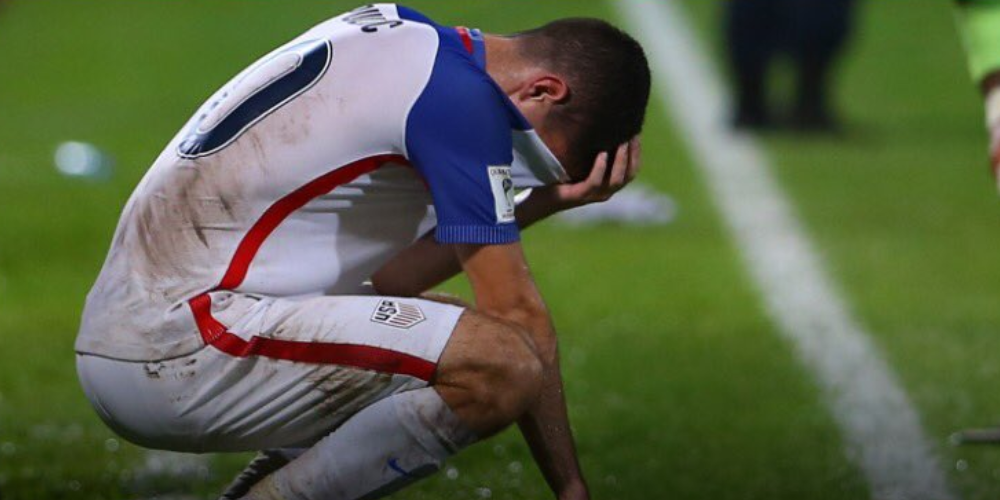