As much as we hate to think about it, our world is constantly at risk of extreme, tragic disasters. Now, one might say that seems a bit dramatic and pessimistic, but it’s important to pay attention to these hard truths and acknowledge their existence(s).

We are constantly shying away from the reality of the world. It is very easy for people to stay inside their bubble as to not stress themselves out more than they need to. Life is constantly throwing us stressful situations within our personal lives, so the last thing we want to do is worry about the risks involving the entire world.

It is much more comfortable to live inside your own head than it is to focus on and address scary, threatening truths. This is why so many people do not involve themselves in politics or scientific theories. Isn’t it easier to focus on what’s for dinner tonight than it is to ponder the dark, mysterious truth of the universe? While this is just a random example, it shows that simplicity is more comforting than complex concepts.

While it is easy to turn one’s cheek to the real issues, it is important to have people that focus on these potential issues. Luckily, we have passionate, driven people in this world that have a voice within the government and/or media.

Bill Gates is one of those people. Gates, most famously known for founding Microsoft, is a great example of a wealthy man who uses his money to help the world. Gates developed the Bill & Melinda Gates Foundation, the world’s largest private charitable foundation. Together, they partner up with others and work towards bettering the world.

This case in particular is extremely alarming, as Gates predicts an upcoming pandemic that could wipe out over 30 million people – and quickly. Are we prepared for this potential disaster? According to Gates, we are far from it.

Bill Gates has stated that we have fallen way behind in preparing our public health system for an extreme pandemic. He explains that an upcoming disease could kill 30 million people in six months. According to Gates, when this pandemic hits, humanity will not be prepared. Gates first addressed this issue at the Munich Security Conference in 2016. He then raised this issue at the World Economic Forum in Davos last year. Now, the issue is going viral after he did an op-ed with Business Insider. The goal is to spread awareness until the government finally takes action. Gates has stated that he is usually the optimist in the room when it comes to the progress this world has made. He is always the one to applaud how far we have come medically. However, in this case, he cannot help but be somewhat pessimistic. According to businessinsider.com, “The likelihood that such a disease will appear continues to rise. New pathogens emerge all the time as the world population increases and humanity encroaches on wild environments. It’s becoming easier and easier for individual people or small groups to create weaponized diseases that could spread like wildfire around the globe.” This pandemic could potentially hit us within the next decade. Gates believes that there are ways to avoid so many deaths, but unfortunately, this topic hasn’t been focused on enough. Ignoring this issue could result in disaster. Now, he is trying to educate people before it is too late. Bill Gates has compared this potential pandemic to war. He says that if it were weapons that were a threat to us, the government wouldn’t waste a second to prepare for it. However, since his concern is technically only a “theory” and contains a biological threat, no one is batting an eye. Gates teamed up with the Institute for Disease Modeling to create a simulation showing how rapidly this disease will spread. The simulation is extremely alarming as one can physically see how wide spread this disease will actually get. It is quite clear that should this disaster occur, it will cause devastation all over the world. In 2016, Oxford’s Global Priorities Project reported that a natural pandemic, along with nuclear war, are the highest risks facing civilization right now. Because we are not prepared for a pandemic like the one that Gates has predicted, this report is extremely alarming. With the information Gates has shared, the government should be extremely concerned. In 2016, while speaking at various events including the Munich Security Conference and the World Economic Forum, Gates said said, “The next epidemic could originate on the computer screen of a terrorist intent on using genetic engineering to create a synthetic version of the smallpox virus … or a super contagious and deadly strain of the flu.” Bill Gates has even met with Donald Trump about this extreme concern. Gates hopes that people will start taking it more seriously and he believes this is possible as long as the right people are helping spread awareness. Trump told Gates to take the issue to the Health and Human Services Department, the National Institute of Health, and the Food and Drug Administration. Through the gradual awareness on this topic, Gates has made some progress. Congress directed additional funding to the Centers for Disease Control and Prevention as part of the recent spending bill. While this is just a baby step, it is at least a step in the right direction. Gates is delighted to see the gradual progress he has made. Regarding the support from the Centers for Disease Control and Prevention, Gates told said in his speech to the Massachusetts Medical Society, “This could be an important first step if the White House and Congress use the opportunity to articulate and embrace a leadership role for the U.S.” Gates has high hopes for the future, as long as we take the right steps to prevent this extreme biological threat. The most recent similar threat as when the military tried to create prevention against smallpox — an initiative that failed. He believes that in this day and age, we will be able to succeed. Technically, we are much more prepared than we were for previous pandemics. We have antiviral drugs and antibiotics for infections and certain severe illnesses. However, we are going to need more if we want to prevent something as extreme as Gates is predicting. With the right focus, we can prepare properly. The most essential step to preventing the spread of disease is immediate quarantine. With the advanced medical technology we have, it is very possible to at least decrease the number of contaminated patients. In April 2018, Business Insider reported “a new research paper in the journal Science touted the development of a way to use the gene-editing technology Crispr to rapidly detect diseases and identify them using the same sort of paper strip used in a home pregnancy test.” Although the medical advances are impressive, they will not be enough to fully prevent a pandemic like the one expected. Extreme measures need to be taken in order to really stop this. Gates has partnered up with Google co-founder Larry Page through the Bill and Melinda Gates Foundation. They have collected $12 million in grants to develop a universal flu vaccine that could protect against most strains of influenza. Steps like this could be crucial in helping to save us from a potential disaster. 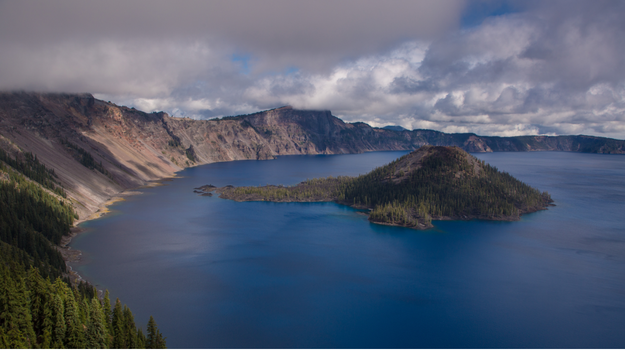 The Top 25 National Parks You Should Visit This Summer