Other Sports by Seth Casey 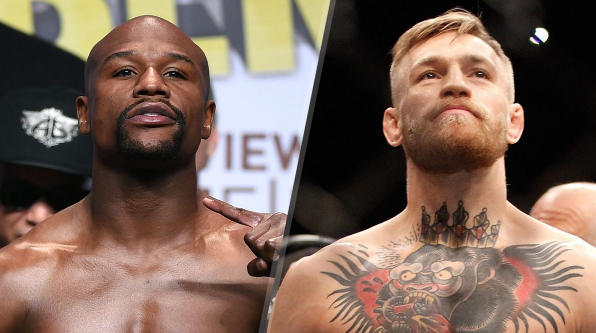 Despite contrarians remaining steadfast that a Floyd Mayweather-Conor McGregor fight could never take place, the potentially record-breaking event continues to gain traction. Boxing and UFC’s two biggest stars have enjoyed promoting the bout as a possibility, but it is a showdown that few have taken seriously.

Mayweather appears to be one of those few though, as a recent report said the 49-0 boxing legend offered McGregor $50 million to fight in Las Vegas on New Year’s Eve.

Never one to shy away from a challenge, the world of combat sports anxiously awaits McGregor’s reply. The Irish superstar has been quite vocal in discussing his huge pay-days as a member of the UFC, but Mayweather’s offer easily surpasses the money McGregor has made in his career.

With both fighters unwilling to stand down, the bigger issue will be agreeing on the rules of the fight. Both fighters would have the clear advantage in their respective sport, meaning it will be extremely difficult to find common ground.

Although it still remains a long-shot that this fight ever comes to fruition, boxing and UFC fans should at least be a little excited that negotiations have begun.