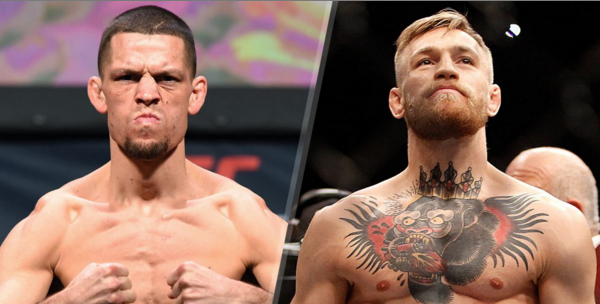 Conor McGregor is no longer just the face of UFC – he is the UFC. With the ability to sell fights unlike any previous fighter and a freakish blend of size, speed, talent and technique, McGregor owns the sport.

As the Irishman gets ready to take on Nate Diaz at UFC 196, there’s no question who UFC President Dana White will be cheering for. The sport already lost Ronda Rousey’s unblemished reputation last November, meaning a McGregor defeat would be all the more damaging to a brand in desperate need of superstars.

Up until two weeks ago, McGregor was expected to have a shot at history by taking on lightweight champion Rafael dos Anjos. McGregor could’ve been the first fighter to hold two title belts simultaneously, but a foot injury forced dos Anjos to withdraw.

Now, the Irishman will be taking on long-time UFC brawler Nate Diaz – who accepted the fight on short notice – in a 170-pound bout. As the current featherweight title-holder, McGregor will be making an unprecedented move by jumping up 25 pounds in weight.

But that’s what McGregor’s career has been about all along – doing what no one thought was possible. The brash brawler has called his shots from the moment he joined the UFC, making him the most polarizing figure the sport has ever seen.

When he told the world he would knock out the pound-for-pound king of the UFC, Jose Aldo, in one round, people scoffed. But 13 seconds later, McGregor was joyfully running around the Octagon sneering at the doubters.

This fight against Diaz doesn’t offer the same prestige as the one originally scheduled against dos Anjos, but UFC 196 serves as the ultimate platform for McGregor to show people there is no limit to his greatness. No fighter has ever shown the willingness or capability to jump around weight divisions like it’s a game of hopscotch quite like McGregor has.

And for as long as McGregor can keep this game going, Dana White will continue to be his No. 1 fan.