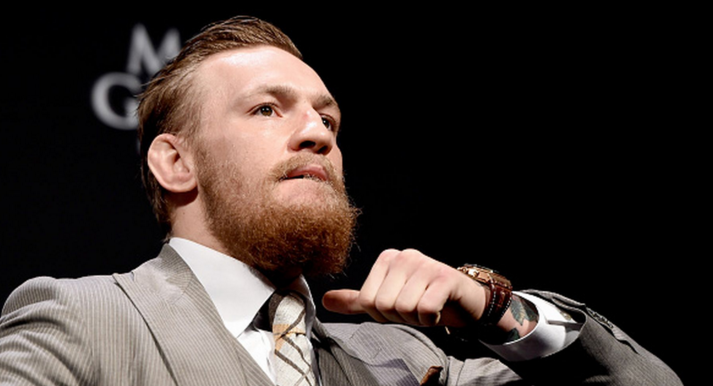 In the world of combat sports, trash talking has always been a crucial element. With UFC Star Conor McGregor and boxer Floyd Mayweather both in the prime of their careers, it was only a matter of time before the two crossed paths.

While Mayweather has held the title as boxing’s biggest star for the past decade, McGregor’s rise into superstardom essentially happened over night. The Irish fighter has climbed the ranks to the top of the UFC’s Featherweight Division, and rumors are now swirling that he will be challenging for the Lightweight Division title in March.

McGregor is undoubtedly the biggest name in UFC, and Mayweather appears particularly upset by that. The boxer used McGregor’s rise to fame as a great opportunity to discuss that racism in sports still exists.

Mayweather told the website Fight Hype: “They say he talk a lot of trash and people praise him for it, but when I did it, they say I’m cocky and arrogant. So biased! Like I said before, all I’m saying is this, I ain’t racist at all, but I’m telling you racism still exists.”

In classic McGregor fashion, he went on to offer to settle this little disagreement with Mayweather in the Octagon. Unfortunately for fans of both boxing and mixed martial arts, there’s no chance we will ever see these two square off.

But if they did, it’s safe to assume there’d be more trash talking than actual fighting.