Other Sports by Taylor Cochran 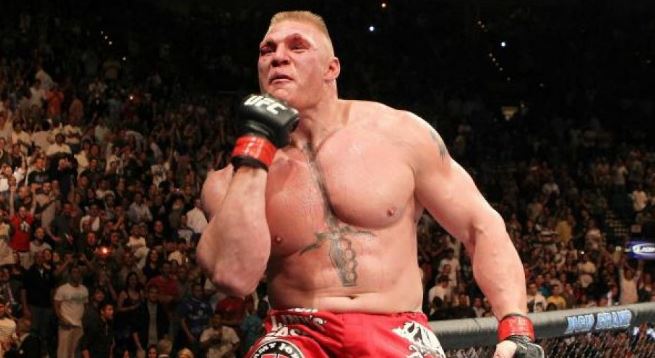 Brock Lesnar, the 38-year old wrestler and mixed martial artist, is coming out of retirement to fight at UFC 200. The 6-foot-3 behemoth retired from mixed martial arts in March of 2015, but will return on July 9 in Las Vegas. Despite the fact that Lesnar is still under contract with the WWE, he was “granted a one-off opportunity” to compete in the biggest event in UFC history.

Lesnar will take on heavyweight legend, Mark Hunt, the 42-year-old kickboxer from New Zealand in a three-round bout. The fight promises to be an entertaining one, as both men are aggressive, hard-hitting fighters who are unafraid to take some punishment.

Since leaving the UFC, Lesnar often talked of returning, and the departure of Connor McGregor made this the perfect opportunity. The UFC is desperately trying to set promotional records, and the highly anticipated return of a fighter as polarizing as Lesnar certainly helps.

The last time Lesnar competed in the UFC, he lost to Alistair Overeem via TKO at UFC 141 in 2011. In fact, Lesnar hasn’t won a UFC bout since July 3, 2010, when he submitted Shane Carwin via arm-triangle choke.
And although UFC President Dana White never discussed potential opponents with him, Lesnar said he is excited with White’s choice and is confident he can defeat Hunt.

“I’m a grappler at heart,” Lesnar said. “[Hunt] is a heavy hitter. I think that’s what the people want to see. The UFC ultimately culminated because we’re going to put guys with opposing disciplines against each other. I think I match up very well. If Mark ends up on the ground, the fight’s over.”

The fight certainly promises to be a war, and despite no McGregor-Diaz rematch at UFC 200, Lesnar’s return catapults UFC 200 into a must-see event.