The card starts off with a bang in what should be a hotly contested battle between two contending light heavyweights.

Manuwa has flirted with title shots throughout the last few years of his career. Losses to Alexander Gustaffson and Anthony Johnson have derailed his championship aspirations, but stand as the lone two losses on Manuwa’s impressive 17-2 record. Oezdemir will be competing in his third fight with the UFC, and is coming off of a convincing 28- second knockout of Misha Cirkunov. Manuwa is riding a two fight win streak himself, with knockout victories over a pair of talented 205-pound athletes in Ovince Saint Preaux and Corey Anderson.

Both competitors in this battle are looking to finish the fight early. Oezdemir proved in the Cirkunov fight that he’s willing to take a couple of shots in order to land one of his own. That strategy may not work against the powerful Manuwa — who has the ability to finish the fight in a flash.

With multiple knockouts on each fighter’s record, expect some respect to be shown from both fighters. Manuwa’s superior experience and jiu-jitsu background will have him pulling out a close victory.

After a short delay, Robbie Lawler and Donald Cerrone will get a chance to put on the fight the entire MMA world has been waiting for. Two warriors in the octagon that are well-known for their propensity to be involved in fire-fights will square off against each other for the first time in their careers.

Former welterweight champion Lawler looks to get back on track after losing his title to Tyron Woodley in July of 2016. Cerrone was last seen when he lost by TKO to Jorge Masvidal – ending his four-fight winning streak. Both fighters are deadly strikers that throw caution to the wind. The slight edge here goes to Lawler, who’s naturally bigger and has a historically better chin. Cerrone has struggled when fighters bring the fight to him, and Lawler is always pushing his pace. “Cyborg” Justino made her UFC debut around this time last year. Since then, she has certainly lived up to expectations. The former Invicta FC and Strikeforce Women’s Featherweight Champion made quick work of her first two adversaries Leslie Smith and Lina Länsberg. Standing in her way of hoisting UFC gold is the most recent Invicta FC Featherweight Champion, Evinger.

The 36-year old from Missouri is one of the most experienced fighters in the division. For context purposes, she lost to Fast and Furious star Gina Carano in 2007. Evinger will surely be Justino’s toughest test thus far. The blueprint for slowing Justino down is getting out of the first round. The Brazilian has looked far sloppier in her technique and speed when the fight wears on. We’re just not sure if Evinger will be able to accomplish that.

With Justino finally fighting at her natural weight of 145 lbs, expect her to come out firing and finish this one quickly. Match-ups like these are what MMA is all about. Woodley, an athletic beast with lightning fast hands of stone and an accomplished wrestling background faces off against Maia — a calculated jiu-jitsu savant that is one of the best grapplers in the history of the sport. Both fighters are at the top of their game, with each currently holding undefeated streaks (Woodley with five and Maia with seven). During each of their streaks, they’ve toppled a number of contenders.

Woodley seized the title in a first round KO of Robbie Lawler. Maia has submission victories over top competitors including Carlos Condit, Matt Brown and Neil Magny. Interestingly enough, both Woodley and Maia had their worst performances during their current streaks in their very last fight. Woodley won a stinker rematch over Stephen Thompson, while Maia squeaked out a split decision victory over Jorge Masvidal. We expect both fighters to be in-form for this fight. This should make for an intriguing face-off.

The champ has utilized his elite speed and strength over his last few opponents. Maia will be a sitting duck if he’s unable to take this fight to the ground. If it gets there, Maia is deadly from any position with a copious amount of submissions at his disposal. We predict Maia is able to get Woodley on the ground with a sneaky trip, and trounces the champ once they get down there to end the fight in shocking fashion.

Expert Pick: Maia wins the title via second round submission This is what we’ve all been waiting for. After months – if not years – of Twitter shots, backhanded remarks, and flat out insults; Daniel Cormier and Jon Jones will once again meet in the octagon with the Light Heavyweight Championship on the line. Cormier, the current champion, has extended his reign of dominance over the 205-pound division in Jones’ absence. The 40-year old veteran has recent victories over Anthony Johnson (twice), Alexander Gustaffson and middleweight G.O.A.T, Anderson Silva. Jones has only competed once since the last fight between these two – an underwhelming unanimous decision victory over Ovince Saint Preaux.

This bout is personal at this point, with each fighter genuinely having a distaste for one another. Looking on paper, it seems as if the battle will likely go the distance. Jones hasn’t finished a fight before the final bell since 2013, and Cormier has a “grind-it-out” style that thrives on the fight dragging out longer. They’re both considered to be two of the best grapplers in the sport, but neither is a “one-punch”-type knockout artist.

Where we think the fight swings towards the challenger is that this match marks the first time in which Jones will have a repeat opponent. Up until UFC 214, Jones’ 23 career fights were against 23 unique competitors. Having only lost one of those fights – via disqualification – it’s safe to say Jones will be even better having already known what his competitor likes to do. Cormier is no slouch, but Jones is too athletic, too young, and too skilled to overcome for a five-round fight. Advantage: “Bones” Jones. 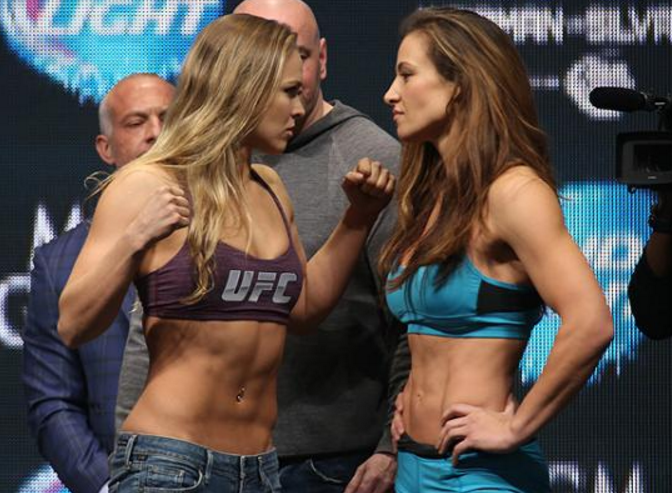