UCLA has the most decorated, star-studded sporting legacy of any American university.

To date, UCLA has the most Division 1 National Championships (113) of any institution.

As such, you can imagine the athletic talent hailing from Westwood. There are countless athletes worthy of being mentioned as all-time greats. However, 25 have distinguished themselves as the cream of the crop: Kiraly won three national titles at UCLA as a star volleyball player. A four-time All-American, Kiraly went 123-5 during his career in Westwood. After graduating, he ultimately became a three-time Olympic gold medalist. Much of his professional success came in the field of beach volleyball. He’s got the most all-time professional beach volleyball titles (148) of any player in the history of the sport. The lefty out of Oregon is undoubtedly one of the best quarterbacks in the history of the school. His junior and senior seasons enabled UCLA to achieve a 20-4 record during this span. McNown led the team to a Rose Bowl appearance in 1998. As a senior, he set multiple Pac-10 records. He was a consensus first-team All-American, and was a finalist for the Heisman Trophy. McNown is the only UCLA quarterback to ever go 4-0 against USC. 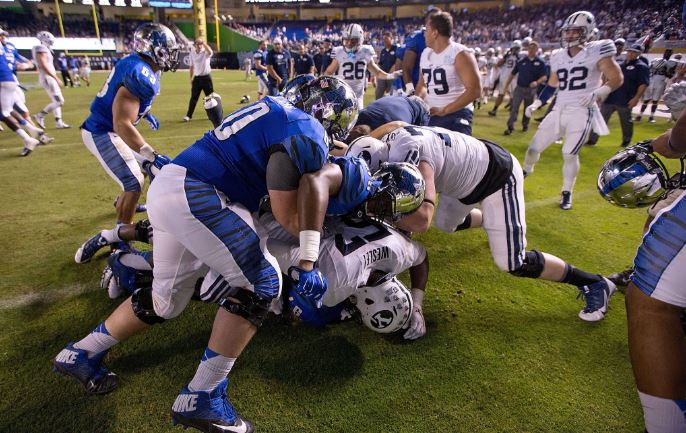