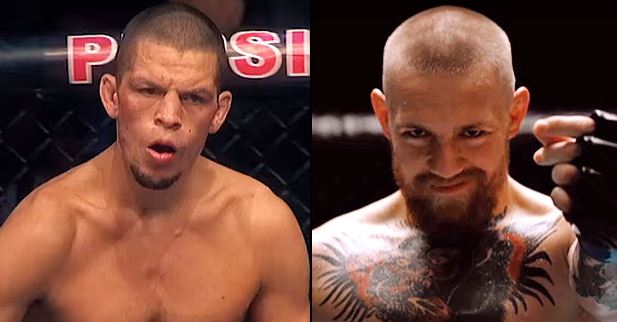 Conor McGregor’s stunning loss at UFC 196 against Nate Diaz shocked the mixed martial arts world, and the immediate question afterward was who the Irishman would face next. McGregor made an unprecedented 25-pound jump from 145 to 170 to take on Diaz, and the move ultimately led to his own demise.

However, that hasn’t deterred McGregor from believing he can still defeat the welterweight/lightweight contender. In fact, reports are now surfacing that the two will meet again at UFC 200 in an instant rematch.

McGregor is the current Featherweight Champion, and many believed he would put his belt on the line to fight Jose Aldo or Frankie Edgar at UFC 200. With many calling McGregor’s 13-second KO against decade-long pound-for-pound champion Jose Aldo a fluke, a rematch would’ve made plenty of sense. Edgar has also been begging for a title shot against the Irishman, but will apparently have to wait a bit longer.

Since McGregor appears content competing in the welterweight (170-pound) and featherweight (155-pound) divisions, there’s a chance he will simply vacate the 145-pound belt. If that were the case, Aldo and Edgar would likely be given an immediate title fight for the featherweight belt.

In the meantime, the UFC and President Dana White seem to believe a McGregor-Diaz rematch is the biggest money fight. Both sides appear interested in a rematch, as Diaz is reportedly unhappy with the excuses people made for McGregor’s loss.

Having been bigger than all of his opponents while in the featherweight division, McGregor appeared uncomfortable without having his usual reach advantage against Diaz. But with a 170-pound fight now under his belt, McGregor will have no excuses taking on the Stockton product a second time.