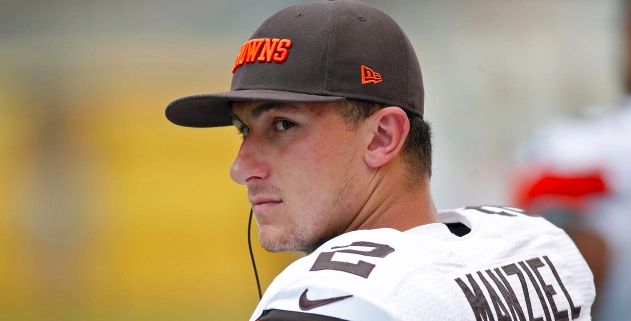 Manziel has been searching for a new NFL home since being cut by the Cleveland Browns earlier in the offseason. While the talent of Manziel occasionally shines, the former Heisman Trophy winner’s off-field problems have cast a large shadow over his potential.

While out in West Hollywood Saturday night, for the fifth or sixth night in a row, Manziel said he doesn’t think NFL teams have a problem with his partying.

“I don’t think there’s anything wrong with partying, bro,” Manziel said. “There’s a difference between partying and being out of control.”

Never one to shy away from the cameras, Manziel briefly took control of a TMZ camera before disclosing his current situation.

Miller, whom like Manziel is a Texas A&M alum, responded to reports of Denver coach Gary Kubiak and Manziel having contact with one another.

“If I had to make my decision on it, he would already be on the Broncos,” Miller told reporters Friday. “But we’ve got guys in the front office that make those decisions, and they put us in championships with those decisions.”

According to sources, before the Broncos would seriously consider adding Manziel, they want to see how his pending legal issues and potential NFL discipline are resolved.

With major questions surrounding the future of Manziel’s career, ‘Johnny Football’ is open to any opportunity that is presented to him.

“Anywhere I get picked up, bro, is a blessing. Whatever happens, I love ball,” he said. “I want to play.”