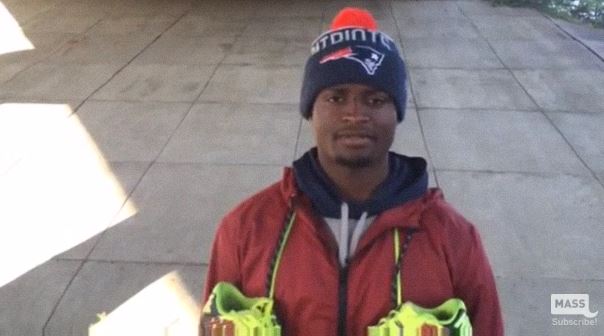 There’s a good chance you have never heard of Abiola Aborishade. He was a Division III wide receiver for UMass Dartmouth during his collegiate career, and drew zero interest from NFL teams when he finished school.

However, that hasn’t deterred him from playing in the NFL. Since April 21, Aborishade has stood outside of Gillette Stadium for hours on end, holding a sign that says, “talented hardworking athlete hoping for a chance to prove myself.”

Kevin Duffy of MassLive recently conducted an interview with the Patriot hopeful, who explained why he would be a valuable addition to New England:

While the move appears to be a long-shot, this method isn’t unprecedented. Linebacker Monte Gaddis managed to get a sit-down meeting with the Cleveland Browns, and Joe Anderson actually earned a contract with the New York Jets utilizing Aborishade’s strategy.

No matter what happens, you can’t fault the UMass Dartmouth receiver for pursuing his dreams.