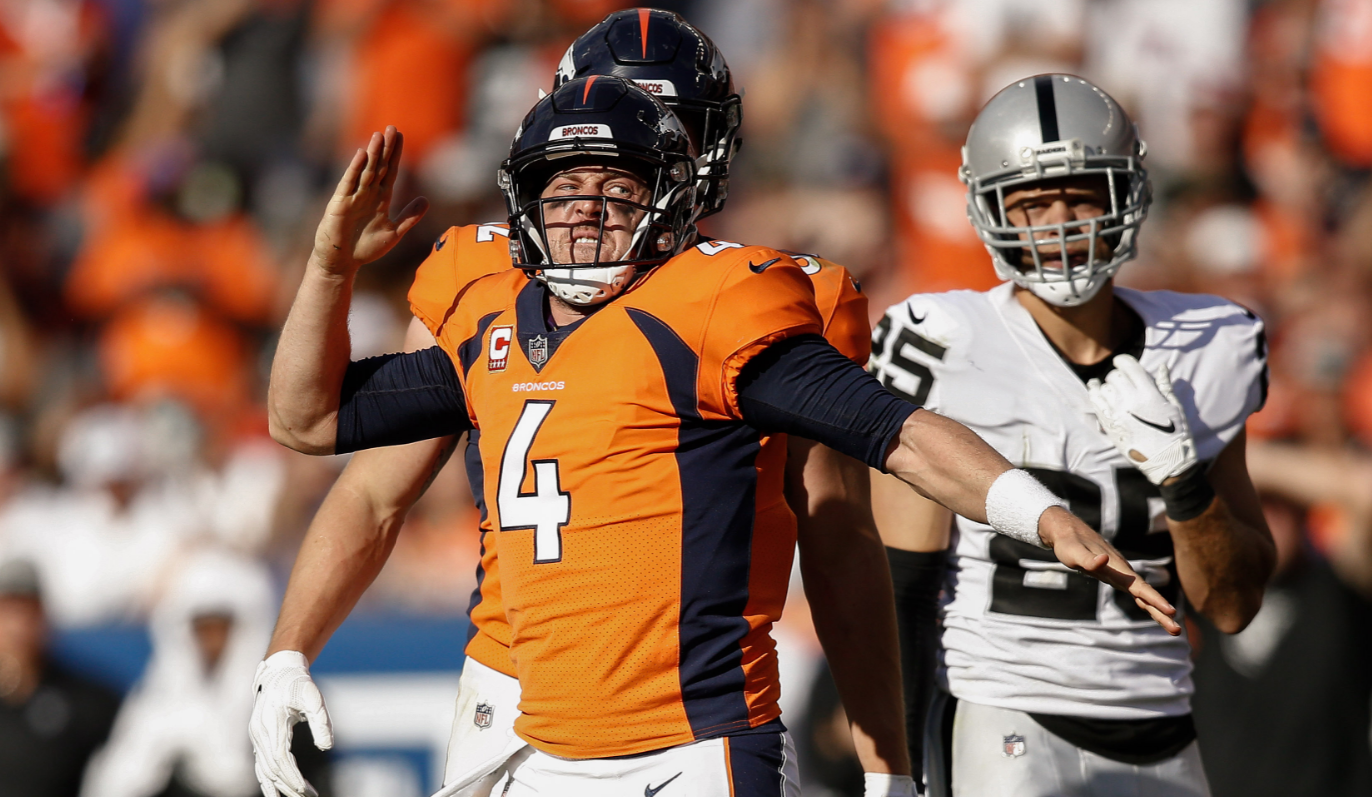 The Rams have been boringly dominant through the first two weeks of the season. Following a rough first half in the opener versus Oakland, LA has blitzed their two opponents in the proceeding three halves by a whopping score of 57-0. Sean McVay’s offense has seemingly picked up where it left off last year, picking apart opposing defenses with precision and patience. This team is for real, and anything short of an NFC Championship appearance would be considered a bust of a season.

Sweet revenge was dished out in Jacksonville as the Jaguars routed the Patriots in a rematch of last year’s AFC Championship game. While Jacksonville’s defense looked like its normal, dominant self, it was the Jags’ offense that deserves a large amount of credit for this victory. Oft-criticized QB Blake Bortles was electric, tossing four touchdown passes to a crop of unknown receivers. Most impressively, the Jaguars hung up 31 points and fended off the Patriots without the services of their bellcow back, Leonard Fournette. The Jaguars are hungry, deep, and play in arguably the worst division in football — setting them on an inside track to the No. 1 seed in the AFC Playoffs.

The defense stinks, Kareem Hunt hasn’t been able to get going, and they just gave up 452 yards and three touchdowns (with no picks) to a QB that turned it over six times the week prior. And yet, none of that matters because Patrick Mahomes is absolutely special. Andy Reid and the Chiefs’ brass look like geniuses for picking Mahomes over proven starter Alex Smith. The Texas Tech passer is already breaking records (most TD’s through first two weeks), and has the Kansas City offense flying with an elite vertical passing game. The Chiefs will go as far as Mahomes can throw the ball (worth noting — he throws very far).

The era of Fitzmagic is upon us. Backup QB Ryan Fitzpatrick has been a revelation for the 2-0 Buccaneers this year. Back-to-back 400-yard, four-touchdown performances from the Harvard grad has sparked a bevy of QB-controversy talks around Tampa Bay. Few gave the Buccaneers a chance with Jameis Winston being out for the first three weeks of the season, but it’s unclear if Winston is even considered for the starting job once he returns from suspension. Fitzpatrick has done everything asked of him, and then some, winning the locker room and the fanbase in the process.

It can be argued that Tampa Bay holds the two most impressive wins in all of football this season with victories in New Orleans and against the defending Super Bowl champion Philadelphia Eagles. The receivers corps looks spry. DeSean Jackson is suddenly good again, compiling nine catches for a league-leading 275 yards.

VERDICT: Fun, but not legit

The rest of the AFC North can’t seem to get out of its own way. The Browns and Steelers tied in Week 1, and both had plenty of chances to taste victory in their respective matchup’s in Week 2. Baltimore molly-whopped Buffalo in the opening week, but dropped the ball in a winnable game against Cincinnati on Thursday. The end-result has led to the Bengals sitting alone atop the division — to the surprise of many.

For what it’s worth, the Bengals have been consistent — winning both games by the same exact score (34-23). Andy Dalton and AJ Green are as in-sync as ever, and the rest of Cincinnati’s offensive group (Joe Mixon, Tyler Boyd, and John Ross) appear primed to make a giant leap. The Bengals have always been tough on defense, though this group has been especially effective. CB William Jackson has been a shutdown corner early on, and will have his hands full in coming weeks with Julio Jones, Antonio Brown, Tyreek Hill and Mike Evans on the schedule.

The Bengals will have a huge opportunity in the coming weeks to further prove themselves with road tilts against a pair of NFC South contenders in Carolina and Atlanta. If Dalton and company somehow pull out two wins over the next two weeks, there will be no denying their place among the top of the AFC.

VERDICT: TBD, a Pretender for the time-being

Pegged to finish in the bottom-half of the division prior to the season, the Broncos have silenced some critics by putting together fourth-quarter comeback victories in each of their first two games. New QB Case Keenum has adapted well to his new bearings, orchestrating late-game drives in Mile High Stadium on consecutive Sunday’s. Keenum’s presence has understandably rejuvenated Denver’s skill positions (although we’re still waiting for Demaryius Thomas to show up), as we’ve seen Emmanuel Sanders and undrafted rookie Philip Lindsay explode early on. While the defense seems to have lost a step, this Broncos team follows the same formula of so many successful Denver teams of the past.

The Broncos winning at home in September is a bit par for the course. Since 2013, Denver is 14-1 in all games played in September, and haven’t lost a home September game since Week 3 of the 2012 season. It’ll get interesting for Denver as soon as the month wraps, as they’ll be hosting Kansas City and Patrick Mahomes for a prime-time Monday Night game.

For now, Denver has to be considered a threat. Their defense has too many proven players, and the offense has clearly improved to a level of competency.

As impressive as the Buccaneers’ wins were, the Dolphins’ couple of victories were a bit underwhelming. A win over Tennessee in one of the longest games in NFL history and defeating a rookie quarterback on a short week is certainly nothing to write home about. Dolphins fans are rightfully pleased to see Ryan Tannehill take the field and play well again. The former Texas A&M wideout has completed 72.5 percent of his passes, and picked apart a Jets defense that stifled Matthew Stafford.

Adam Gase has this team playing tough, but eventually talent will win out. The roster is about as untalented as it gets for an undefeated team, and lacks blue-chippers on both sides of the ball. They might squeeze out another win against Oakland next week to advance to 3-0, but don’t expect the Dolphins to make much noise by season’s end.