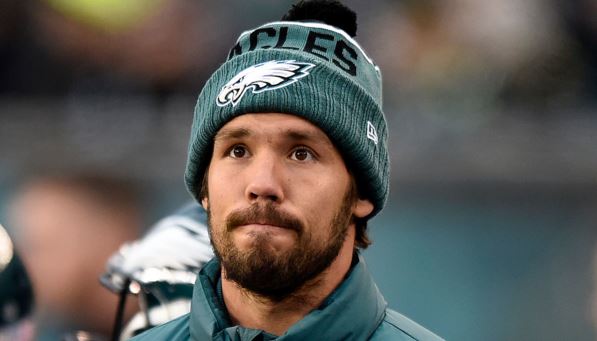 When the Philadelphia Eagles traded up for the second overall pick in the 2016 draft, the team’s executive vice president of football operations, Howie Roseman, stated that Sam Bradford would remain their starting quarterback. Well, that won’t be the case for long as Bradford has demanded a trade from the Eagles.

The 28-year old quarterback signed a two-year, $36 million contract earlier this year, which included $22 million guaranteed. Add in the $12 million deal handed to back-up quarterback Chase Daniel, and the Eagles’ jump up the draft board to the No. 2 slot is even more surprising.

Clearly unhappy that Philadelphia will select Jared Goff or Carson Wentz (whoever the Rams don’t take) as the franchise’s future signal caller, Bradford is looking to move to a team that sees him as the long-term answer.

Here are the 3 most likely landing spots for the 2008 Heisman Trophy Winner:

The team is still in prime position for another Super Bowl run — even with Mark Sanchez at the helm. However, Bradford offers a more diverse skillset than Sanchez and would flourish in an offense that features Emmanuel Sanders, Demaryius Thomas and C.J. Anderson. Bradford is known as more of a short-yardage passing specialist, which is something Denver made work with Peyton Manning last season. With tremendous accuracy and deceptive athleticism, Bradford could be the perfect solution John Elway has coveted this offseason.

The Jets continue to negotiate with last year’s quarterback, Ryan Fitzpatrick, but the two sides still seem far apart. While trading for an oft-injured quarterback like Bradford would be a risk, it would offer an insurance policy should Fitzpatrick sign with another franchise. Bradford is on a semi-friendly deal and the Jets wouldn’t have to give up major pieces in a deal with the Eagles. The former No. 1 overall pick could provide the needed boost for the Jets to finally get back to the postseason.

They have a quarterback in Colin Kaepernick, but the team has been trying to trade him throughout the offseason. Bradford has already worked with Chip Kelly in the past — in fact, Kelly was the one who brought Bradford to Philadelphia in the first place. Perhaps a quarterback swap of Kaepernick for Bradford would appease both teams.