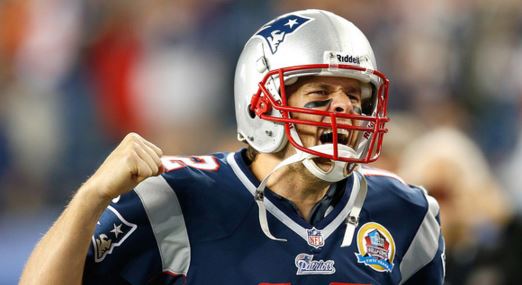 There was no way the New England Patriots were going to be handed their third consecutive defeat for the first time since 2002. Even with home-field advantage and a fired-up J.J. Watt, the Houston Texans never had a chance.

After two surprisingly mediocre weeks, Tom Brady quickly reminded everyone what he is capable of when his receivers are in uniform. Going 22-for-30 for 226 yards, two touchdowns and zero interceptions, Brady looked as sharp as ever. Having Rob Gronkowski and Danny Amendola back on the field seemed to make all the difference, as Brady had his way with a helpless Texans secondary.

Watt – for the fourth time in his career – failed to sack Brady, as the Patriots’ offensive line was able to neutralize the most disruptive force in football. The broken hand didn’t appear to hinder Watt, but the Patriots showed how mediocre Houston’s defense is when their best player can’t get to the quarterback.

While the Texans still remain in the playoff picture thanks to the Indianapolis Colts’ humiliating 51-16 defeat at the hands of the Jacksonville Jaguars, this game served as a reminder of how far they are from being Super Bowl contenders.

RELATED: NFL On Crash Course For Something That Hasn’t Happened Since 1994

The opposite can be said of the New England Patriots.

After a few concerning weeks, the Patriots are once again the AFC front-runner to return to the Super Bowl. Losses by the Cincinnati Bengals and Denver Broncos this week leave New England as the No. 1 seed in the AFC, but the Patriots’ road performance showed seeding doesn’t matter to them.

As long as Brady has at least two-thirds of Gronkowski/Amendola/Edelman on the field, no one can beat the Patriots.