When Jon Gruden agreed to come back to Oakland, he signed the most lucrative deal a head coach has ever put his John Hancock on. A certain sense of optimism invariably washed over the Black Hole as a result. A team just one year removed from a 12-win season, the Raiders ended up being one of 2017’s biggest disappointments. Jack Del Rio was quickly labeled as the scapegoat. Oakland’s front office took the opportunity to scoop Gruden from his Monday Night Football job after a nearly 10-year retirement. After a short period time in his second stint, the early outlook on Gruden’s regime has the Raider faithful collectively scratching their heads.

As soon as news broke over Gruden’s signing, many were curious as to what his role would be in terms of player personnel. Current Raiders General Manager Reggie McKenzie has been entrenched in his position since 2012. The former longtime Green Bay executive was known for both his drafting ability and savvy in trade talks. Throughout his tenure, McKenzie has undoubtedly put his signature imprint on the roster. From day one, he’s stuck to a script and built the team with a certain vision in mind. McKenzie targets certain types of players — valuing consistency and production over mass potential. The year 2014 was his crowning moment when he opted to draft Khalil Mack from Buffalo. In the same draft, McKenzie scooped up franchise QB Derek Carr in the second round. The rest of his drafts have been a mixed bag (jury is still out on Amari Cooper and Karl Joseph). With that said, McKenzie has done well shedding unwanted salaries, addressing team needs, and cashing in on veterans at the end of their peak (Donald Penn, Michael Crabtree, and Bruce Irvin).

There’s a certain distinctiveness to the players McKenzie has targeted over the years. With that said, Oakland’s 2018 draft class — coupled with the players they’ve signed over the offseason — lack those distinctions.

It’s apparent that a bit of McKenzie’s responsibilities have been divvied up. Look no further than Oakland’s first round for an example — starting with their decision to trade down. Just minutes before Oakland’s turn to pick, Tampa Bay sat on the clock with the No. 7 selection. With Buffalo looking to trade up, the Bucs extracted two second-round picks from the Bills to move down a total of five spots. Buffalo ended up with their guy — Wyoming’s Josh Allen — while the Buccaneers were equipped with two additional high picks and were able to still draft the player they initially wanted at No. 7 (Washington’s Vita Vea). Everybody wins.

With teams looking to trade up for quarterback Josh Rosen, the Raiders were in a strong position at No. 10. The Cardinals eventually bit — moving up from No. 15 to draft the UCLA gunslinger. History would suggest Oakland receiving something in the ballpark of what Tampa Bay got for moving down five spots. Instead, the Raiders ended up with a single third-round pick and a measly fifth-round selection. The Raiders may have had the league’s most embarrassing defense last year. Notice I didn’t say worst, although they were fairly close to being that too (23rd in total yards allowed and 20th in opponent scoring). They were embarrassing in the sense that Oakland legitimately has one of the few defensive players that can single-handedly change a game. Even with Mack in tow, the Raiders couldn’t get anything done. Opposing quarterbacks completed over 68-percent of their passes against the Raiders defense, and it took 357 opposing pass attempts for the defense to record their first interception of the season (Week 12).

Plainly put, enhancing the defense should have been a top priority (especially at linebacker and in the secondary). Had they kept the No. 10 pick, the Raiders could have had their choice of three players (Vea, Da’Ron Payne, Minkah Fitzpatrick) who would’ve helped immediately. Even at 15, studs like the versatile Derwin James and 19-year-old Tremaine Edmunds were available. Any of those players would have been instant starters on Oakland’s defense.

However, the front office had other ideas.

Oakland opted for UCLA tackle Kolton Miller — a redshirt junior with elite size and athleticism. Miller tested off the charts at the combine, and thus quietly moved up draft boards throughout the process. McKenzie always leans on college production. He likes guys with experience and productivity at a high level. Mack holds the all-time FBS record for most career tackles for loss and forced fumbles. Carr led the nation in passing yards in 2013 (5,083), and threw for nearly 13,000 yards over his three years as Fresno State’s starter. Cooper had a 1,700-yard, 16-touchdown season in his last year at Alabama. Even his later round picks are of the same ilk — running back DeAndre Washington ran for nearly 1,500 yards his final year at Texas Tech, and T.J. Carrie appeared in 50 games for Ohio University during his four-year career.

Miller essentially played one full year as UCLA’s starting left tackle. Scouts loved his height and length, but Miller lacks the upper body strength to contend with the top NFL pass rushers. He’s what many would call a developmental project.

The rest of Oakland’s draft looked like Al Davis dialed it in. Arden Key and Maurice Hurst are two of the biggest boom-or-bust candidates, and the Raiders reached for a rising FCS defensive tackle from Sam Houston State in the second round (P.J. Hall). Truthfully, it all felt just a bit off.

Looking into Oakland’s roster decisions even further, Gruden’s blueprint continues to be leaked through his free agent signings. Jordy Nelson, Doug Martin, and the recently signed Derrick Johnson all have one thing in common — their best football is already behind them. Although not a free agent signing, even the trade for Martavis Bryant — an enigmatic wide-out with off the field issues and elite height-weight-speed — is vintage Gruden and Davis. The Gruden spin on things has made the team building process feel a bit archaic. I can already envision Gruden sitting down with his assistant coaches in order to relay the plan of handing the ball off to 32-year-old Marshawn Lynch 400 times next year. Instead of focusing on quality young players, the Raiders have gotten older and less talented.

Though there’s some understandable trepidation, it’s way too early to start calling for anybody’s job. Taking Miller (as well as third-round tackle Brandon Parker) shows a clear focus in protecting Oakland’s prized starting signal-caller. Nelson is better for the locker room than Crabtree was. Both he and Bryant have the ability to stretch the field like Crab never could. Johnson is another locker room guy on a low-risk deal. At the very least, expect him to play hard against his former team, the Kansas City Chiefs. Under-the-radar signings Tahir Whitehead and Rashaan Melvin could become impact players on defense. The team also seems committed to securing Mack on a long-term deal.

Oakland has taken risk after risk, and could very well be back to square one 12 months from now. With this being year 1 of a decade-long deal, the Raiders have no choice but to give Gruden the chance to sink or swim. 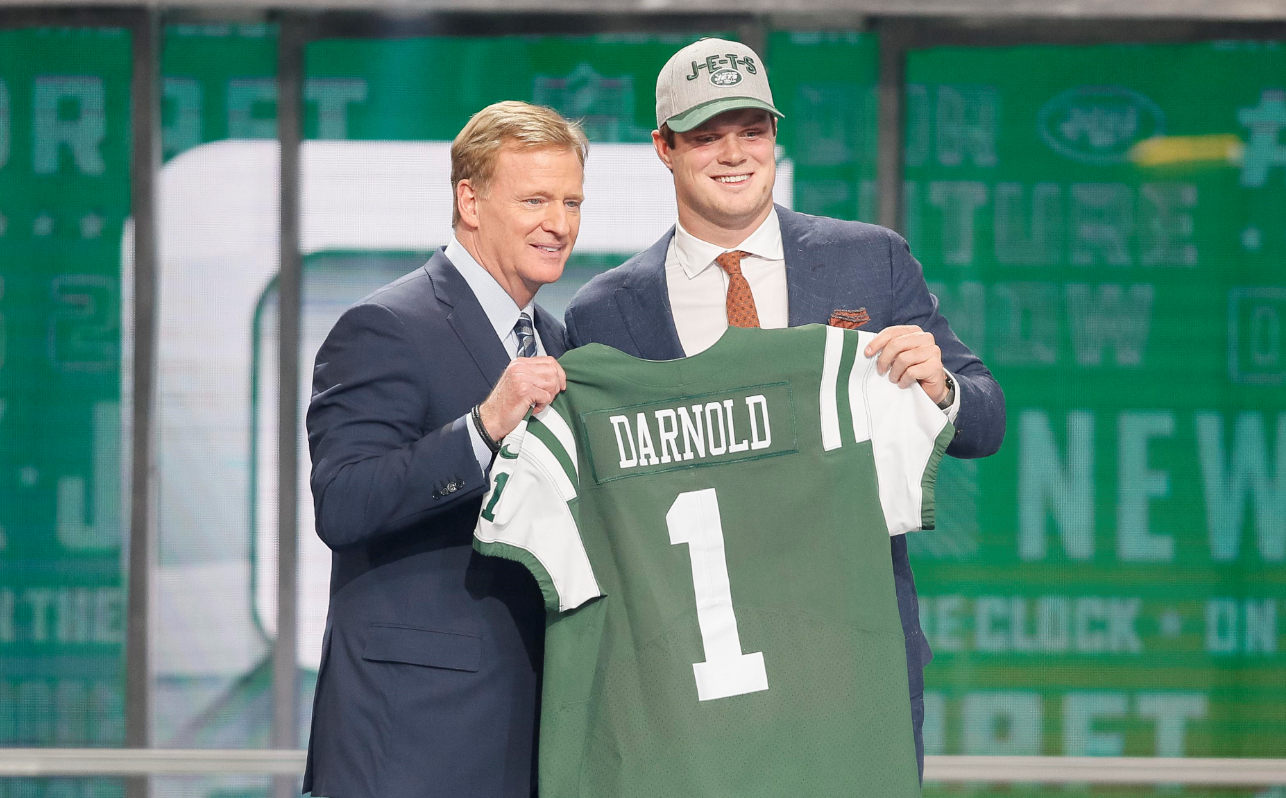