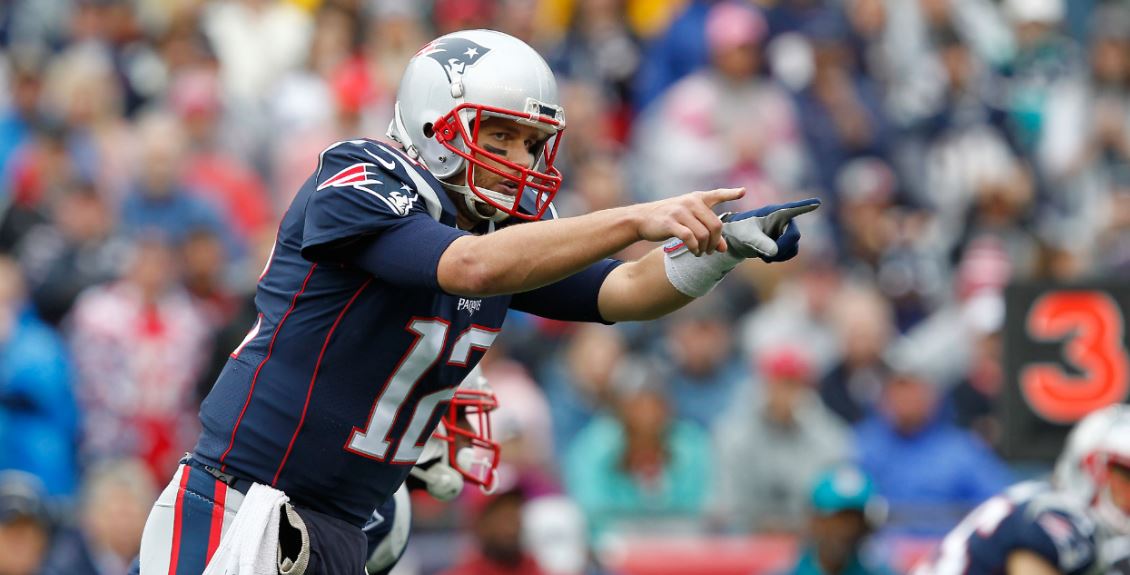 We just had the most eventful NFL trade deadline I can remember. Some serious talent changed teams: Jimmy Garoppolo to the Niners, Jay Ajayi to the Eagles, Kevin Benjamin to the Bills, Duane Brown to the Seahawks, and A.J. McCarron not to the Browns. But that’s hardly the craziest thing we learned this week. What was that?

Tom Brady’s wacky health regimens, of course. And not just the regimens. Brady seems to believe that avoiding injury is a case of personal mind control. He just sort of “crushes it in his mind vice,” as Jack Donaghy would say. I guess you have to be half crazy to be that good. Onward. Perhaps it’s time to start taking this team seriously. While I hesitate to heap praise on Philly for beating the Osweiler-led Broncos, you simply cannot ignore what a dominating performance this was. The Eagles won 51-23 while silencing the Broncos offense to just 226 total yards. They picked off passes. They limited penalties. Four different Eagles scored TDs. Four Eagles backs totaled at least 5 rushes and 25 yards. They are now 8-1, 1-½ games clear for the NFC 1 Seed. But it’s impossible to tell which wins are quality wins in 2017. And looking at Philly’s 8 victories, none of them look especially impressive. Their next four weeks will be telling: at Dallas, vs. Chicago, at Seattle, at LA Rams. I would not be shocked to see them go 2-2 over that stretch. Seattle’s formerly bulletproof home field advantage is no more. This was a big loss, as it dropped the ‘Hawks behind the Rams in the NFC West. The two teams have one more matchup remaining, which is in Seattle Week 15. That game becomes a must win for Pete Carroll’s team if they want to win the division crown, as the two have similar strength-of-schedule opponents remaining. It’s not so much that losing 17-14 to the Redskins at home is a travesty, but Seattle fans surely had this one circled as a win on the schedule. Russell Wilson threw two home INTs (shockingly the second time that’s happened in 2017) and the defense allowed a last minute game-winning drive by Kirk Cousins. They struggle to run the ball, and are vulnerable to downfield passing attacks, a far cry from the Seahawks of a few years back. Finally something goes right for the Niners. SF picked Foster with the 31st overall pick this year but has been held back by ankle and rib issues. He finally made his presence felt on Sunday, racking up 14 tackles (13 solo) in the Niners’ loss to Arizona. Foster is a welcome addition to a pretty bad defense, especially after the rash of retirements from SF’s linebacker corps over the last few years. Defensive Coordinator Robert Saleh will look to Foster to be his motor in the middle for a defense that will need to be better in 2018. The powerful bowling ball out of Wisconsin signed with Philly in May as an undrafted free agent. He broke out on Sunday, scoring three TDs during the Eagles’ blowout win. There’s definitely a garbage time factor here, but Clement’s talent is evident. He’s competing with LeGarrette Blount and newly acquired Jay Ajayi for carries, which could limit his upside. But the talent is there, and he’s part of a rolling offense, so there may be TDs left to come from young Clement. Four touchdowns and 311 yards on just 22 pass attempts. Now that’s efficiency. Sure he did this against the pathetic New York Giants. Sure the Rams D took advantage of that inept Giants team and gave Goff favorable field position over and over. But that doesn’t change the fact that Goff made the throws and put together his finest game as a pro. Last year’s first overall pick has been living up to his draft slot, and finds himself in the thick of the MVP race at the helm for the 6-2 Rams. He looks poised and mature just 15 starts into his career. It’s hard not to let the hype train get rolling too fast on Goff, but I’m buying stock. After weeks of impact players on contending teams dropping like flies, Bulaga is a relatively minor guy. Jameis Winston also went down, and though he’s a quarterback, which makes him inherently important, the Bucs are 2-6, and basically eliminated. The Packers are also a long shot for the postseason thanks to losing their own stud QB, but they are just a game out of the second Wild Card slot. It’s always hard to replace a starting tackle, but even more so because the inexperienced Brett Hundley is under center. Green Bay has a favorable slate of games upcoming, but might be unable to take advantage of that due to their floundering offense. Nine down, seven to go for the 49ers. This is a truly terrible team who continues to get worse. Playing C.J. Beathard certainly helps in their pursuit for the first overall pick and they just lost their best wideout, Pierre Garcon, for the year. It makes you wonder how Jimmy Garoppolo will fare in a barren offense – they may be throwing him into the lion’s den if he gets starts this season. On the other hand, he could be good enough to win a few games and drop their pick a couple slots. It will be interesting to see what San Francisco ultimately ends up doing with their top pick. They probably won’t be picking a QB after acquiring Jimmy G, so they could target Saquan Barkley or an impact defender. They could also trade down, selling their top-5 pick to a team like Arizona who will be selecting after Josh Rosen and Lamar Jackson are off the board.