Halfway home. There still aren’t any sure things, but at least the cream is beginning to rise to the top. An avalanche of trades hit the wire this week, at least relative to most years, when trades are rare in the NFL. Jimmy Garoppolo is now a Niner, Marcell Dareus is a Jag, and Kelvin Benjamin is headed to Buffalo. I wonder how Cam feels about that?

Things I’m excited to see in the second half: a weird MVP race where the front-runners are Carson Wentz and Alex Smith; a bloody NFC South divisional race; whether the Bills will totally collapse; Garoppolo getting a shot under Kyle Shanahan; the Rams/Seahawks NFC West race (yes I wrote that, 2016 self); Kareem Hunt chasing the rushing title; the race to 0 wins (see below). Refill my popcorn, please. Wow, what a win. Though Seattle probably hoped to do a bit better defensively than allowing 38 points and 509 yards, they got the win, and Russell Wilson gave them one of his most stunning performances yet. This is far from a perfect team, but they are rounding into form at the right time. Plus, they acquired Duane Brown from Houston after the game, shoring up their perennial weakness – the O-line. That weakness showed again, as Seattle’s three running backs combined to gain just 5 yards on 16 carries. Woof. But their playmakers struck early and often, with Paul Richardson and Tyler Lockett each topping 100 yards, and four different Seahawk pass-catchers breaking off 48+ yard gains. They’re on a four-game winning streak, and currently sit atop the NFC West thanks to a tiebreaker advantage over the Rams, who also have a 5-2 record. Oakland’s defense was supposed to be better this year. They had burgeoning star Khalil Mack coming off the edge and added veterans to bolster the unit. But their D has not progressed, allowing 30 points in three of the last four contests. On top of that, the offense that carried the team to the playoffs in 2016 has really fallen off. They rank 15th in the league in passing yards – 230 per game – and near the bottom of the league in rushing – 88 per game, 26th in the league. Their gutty 31-30 win versus KC in Week 7 feels ages ago, and even that win required more luck than they should expect each week. At 3-5, Oakland is dangerously close to their season being over. They travel to Miami this week to take on a team that will be furious after losing 40-0, so look for a Dolphins bounce-back game. If the Raiders can escape Miami 4-5, they’ll still be in bad shape, with a slew of tough matchups remaining: Patriots, Broncos, Chiefs, Cowboys, and Eagles. Hard to imagine them going 4-1 against those five teams. Almost time to cross off the Raiders. Sometimes all a guy needs is an opportunity. In this case, Smith-Schuster benefitted from the antics of class clown Martavis Bryant, who has fallen way out of favor with the Steelers. It’s hard to imagine there’s room for a productive receiver on a team with Antonio Brown and Le’Veon Bell, but based on Sunday’s performance, there’s certainly enough to go around. Pittsburgh’s new #2 receiver ran wild on a 97-yard TD catch and run, and finished the day with 193 yards on 7 catches and that touchdown. He’s certainly an interesting fantasy option after that display. Buy stock in Smith-Schuster. The Ravens have been a fantasy black hole all year long. Heck, this is one of the most boring teams around. But Collins made some waves in Baltimore on Sunday, piling up 143 yards on 20 touches. Though Buck Allen is the de facto starter here, Collins’s emergence might earn him significant run going forward. The running back situation is incredibly muddy across the league, and with bye weeks remaining for many teams, Collins could be a fantasy option going forward. At the least, he provides some solid depth for a 4-4 Ravens team angling for a wild card berth. As discussed a few weeks ago in this space, Hopkins had to be the happiest man in the football world when Deshaun Watson finally got his chance to quarterback the Texans. Traveling to Seattle on Sunday, Watson, Hopkins & Co. were faced with a tough challenge – the Legion of Boom. Well, they may not have gotten the win, but it was their offense that went BOOM at CenturyLink Field. Hopkins went for 224 yards and one TD on 8 catches. That’s a yards-per-catch average of 28, in case you don’t have your calculator on hand. What a beast. Does this injury affect the playoff picture? Not really. Da Bears are 3-5 and unlikely to compete for a postseason berth. But it has to be the most devastating injury we’ve seen in a long time. Miller, who has been an NFL tight end since 2009, is not just hurt. Multiple outlets were reporting that it wasn’t just his career that was in jeopardy after Sunday’s injury (to say nothing of the 2017 season), it was his left leg itself. As of press time, it sounds like Miller is making a recovery from several emergency surgeries focused on restoring his popliteal artery. This was truly a horrific injury, and we can only hope that Miller makes a full recovery. Concern with NFL injuries is rightly focused on brain damage much of the time, but it’s worth remembering that there are also non-concussion injuries that can dramatically alter the lives of players. Well our two contenders have reached the halfway point of the season winless. The Niners and Browns are both 0-8, but appear to be headed in slightly different directions. That isn’t to say that San Francisco is looking promising, but they just made waves by acquiring Jimmy Garoppolo from New England for picks. You have to think that Jimmy G will get a chance to play this year, as Kyle Shanahan will be aiming to integrate him into an offense that has some legit weapons in Carlos Hyde and Pierre Garcon. That will seriously hurt their chances at losing out, as Garoppolo could give them a fighting chance in Week 13 at Chicago and Week 15 versus Tennessee. Cleveland, on the other hand, is locked in. Losing Joe Thomas ensures that their quarterbacks will keep getting smushed. 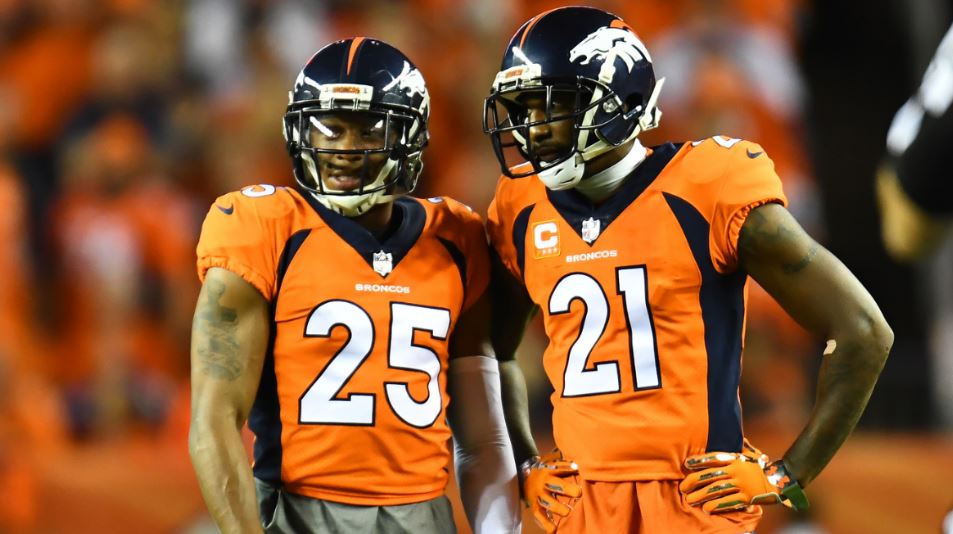 RANKED: The 20 Most Underrated Players in the NFL Right Now