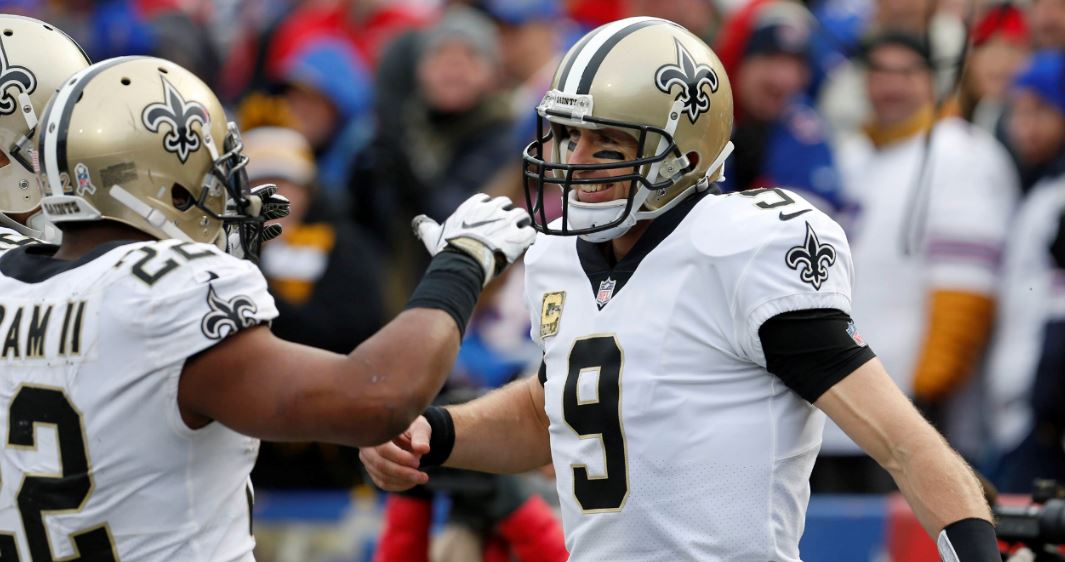 The NFL is a tale of two conferences right now. The AFC is absolute chalk – New England and Pittsburgh at the top, as expected. Sure the Broncos’ fall from grace is a bit of a surprise, and Oakland’s bad showing wasn’t predictable, but there’s nothing too weird going on here (okay maybe it’s weird to see Jacksonville at 6-3). But the NFC is the polar opposite – the top four seeds right now are the Eagles, Vikings, Saints, and Rams. Huh?!? Three of 2016’s heavyweights sit at 5-4 – Atlanta, Dallas, and Green Bay – and Seattle trails the Rams in the NFC West.

There is some new blood rising in the NFC, and it’s certainly refreshing to see a new cast of characters at the top. Now there’s plenty of football left to play – no one would be surprised to see Seattle go on a tear and grab the 1 Seed. But there’s also 2.5 months of excellent play in the books for those top four teams, and they have to be smelling playoffs. The best part? The New Look Four have a bunch of games against each other in the coming weeks, so we’ll get to find out what these guys are really made of. NFC games to circle on your calendar: Week 11 – Rams @ Vikings; Week 12 – Saints @ Rams; Week 13 – Eagles @ Seahawks, Vikings @ Falcons, Panthers @ Saints; Week 14 – Eagles @ Rams, Saints @ Falcons, Vikings @ Panthers, Week 15 – Rams @ Seahawks. We’ll have a much better picture of the NFC playoffs after the carnage of Weeks 11-15 plays itself out. Whew. Atlanta needed this one. It’s easy to ascribe Dallas’ offensive struggles to the lack of Tyron Smith and Ezekiel Elliott in this game, but the Dirty Birds dominated every phase of the game. Matt Ryan looked comfortable in the pocket for the first time in weeks, though he didn’t exactly put up a big game (his interception was another ball tipped by a wideout, I’d say Sanu owes him dinner after that one). Atlanta also lost Devonta Freeman to a concussion, so they didn’t escape unscathed. Still, running back proved deep with Tevin Coleman stepping in and rushing for 83 yards and a TD. It was defense that stood out this game for Atlanta. After allowing a big-play drive from Prescott and Dez Bryant early on, the D clamped down and stifled Dallas’ attack. I discuss Adrian Clayborn’s six-sack game below, but others got into the act too – Dontari Poe and Brooks Reed also recorded sacks. De’Vondre Campbell also played one hell of a game, smashing the ‘Boys’ run game left and right to the tune of 13 tackles (one for loss). At 5-4 Atlanta is on the outside of the playoff picture, but they get a chance to leapfrog the team in front of them in Week 11 at Seattle. With the ‘Hawks Sherman-less and Atlanta’s pass rush feeling hot, it’s now or never for a team desperate to change the narrative. This category wasn’t easy to pick this week, because there really weren’t any meaningful upsets. But in terms of the level of demoralization and impact on playoff races, this one was huge. New Orleans was favored on the road, but only by two points. The Bills were undefeated at home before this week, and were coming off a disheartening loss at the Jets, so many had them primed for a bounceback. But their defense proved to be Swiss cheese in nature, as Drew Brees barely broke a sweat on the way to 47 Saints points. He didn’t have to do much because New Orleans’ ground game rumbled for 298 yards and six touchdowns! Hot damn. The Bills couldn’t get anything going on the other side of the ball either, coming up with only 198 total yards and going 2-for-12 on third and fourth down conversions. Buffalo is still holding the final playoff slot, but they have both Patriots games remaining, as well as a road date at the Chiefs. Beat hard! The youngster out of Iowa played his best game as a pro, throwing for 288 yards, two TDs, and one pick, with an efficient 11.5 yards-per-attempt. He even tossed in a rushing TD with a hard-nosed dash to the end zone on a designed keeper. It’s hard to see Beathard keeping the starter’s role, but that’s a luxury the Niners will be thrilled about – nothing wrong with having multiple competent QBs. But frankly, none of us knows if Jimmy G is even half-decent – plenty of ex-Patriots have turned into pumpkins outside the New England system (this is where I remind you that Tom Brady is a system QB). We’ll see whether Jimmy G gets the start after SF’s bye week. Okay, so Shepard was a sleeper last year. And then he was again when ODB went down. But a few weeks on the shelf with an ankle injury can make the football-watching public forget you fast, which is exactly what happened to Shepard. Well, he’s back on everyone’s radar now. The Giants’ projected leading receiver going forward went big for 11 catches and 142 yards on Sunday, albeit against a pitiful Niners defense. Still, the targets will be there for Shepard going forward, and New York will be throwing the ball because they’ll be playing from behind most games. Six sacks! Clayborn zeroed in on Dak Prescott all afternoon, tossing substitute left tackle Chaz Green aside like a pesky middle schooler. It was especially noteworthy because Dallas has been lauded for their offensive line play for years, creating a fortified castle for young Prescott to throw from. And, well, the castle was crumbling all day long, as the finely tuned siege weapon that is Clayborn crashed the pocket time and again. Sure All-Pro tackle Tyron Smith was out, but there are more creative ways to block a pass rusher, and Jason Garrett’s squad couldn’t come up with one on Sunday. Clayborn set a Falcons record and came within one of the all-time single game mark. Out for the season. This hurts. Sherman has been one of the leaders of Seattle’s defense since he broke onto the scene with four picks his 2011 rookie season. Sure he’s lost a step and can get beat over the top, but he’s still one of the league’s better corners and an emotional force on the Seahawks. Seattle brought back Byron Maxwell to help fill the void, but he will likely be a lousy stopgap. The NFC is a bloodbath at the top all of a sudden, with six teams sitting at 6-3 or better. That puts Seattle in the second Wild Card position currently, a game behind the division-leading (pinch yourself) LA Rams. They’ll need to go at least 4-3 down the stretch, and 5-2 would be worlds better. That becomes all the more difficult without Sherman. With five tough games remaining – vs. Falcons, vs. Eagles, at Jaguars, vs. Rams, and at Cowboys – winning three of those will be tough sledding. Noooooo Niners! What were you thinking? San Francisco beat the ever-pitiable New York Football (we think) Giants 31-21. That puts the Browns all alone at the top (er, bottom) at 0-9. Now SF and NY are both 1-9. There are no two-win teams, so their positions in the top three seem pretty secure. It will be interesting to see if the Giants want to draft a QB to play a year or two behind Eli, or if they feel comfortable without a plan beyond Manning. As we discussed here last week, the Niners got their QB in Jimmy Garoppolo, so they’ll have the option to trade out of the 2 or 3 spot for a king’s ransom. Amazingly, the Denver Broncos are now 3-6, and they are a team to keep an eye on vis-à-vis QB needs. They could be a sleeper pick to target Josh Rosen early in the draft, and given how they’ve been in free-fall, they might not need to trade up, or at least not very far. The 3-6 Chargers could be in a similar position, with an aging Phil Rivers signed for just two more years.