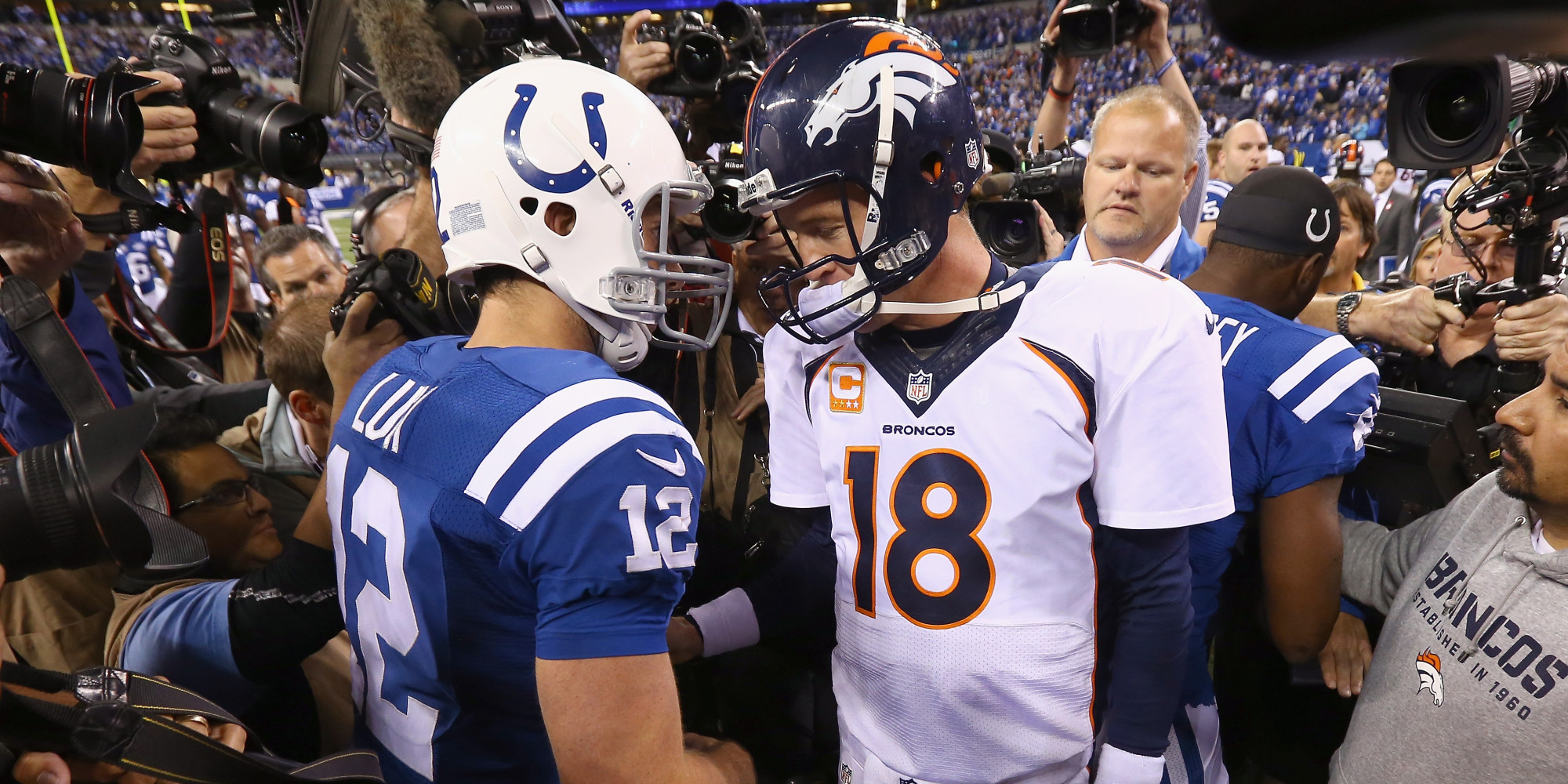 I fell asleep during the Seahawks-Cowboys game, so I’m not even sure if I won that game or not. In all seriousness, Seattle’s consistently dismal performances continue to astound me. Playing against a Cowboys defense that couldn’t contain Orleans Darkwa in Week 7 (I’ll wait while you Google who that is), it was actually depressing watching Seattle scrape its way to 13 points and a victory.

A quick recap on my Week 8 picks which went 2-3-0:
• I already summed up my disgust with the Seahawks.
• The Giants tried to avoid covering in their final minute collapse, but still kept the game within a field goal.
• The Steelers lost Le’Veon Bell to an injury in the second quarter and decided it wasn’t worth trying to beat the Bengals while grieving.
• The Broncos made quick work of the Green Bay Packers – always take the elite defense over the elite offense (especially at home).
• The Panthers successfully gave up a 17-point fourth quarter lead, but won by three points in overtime (happy fans, angry bettors).

Looking ahead to this week, there are plenty of great match-ups. Let’s look at five of the best ones:

Eddie Lacy is alive! For those of you concerned, it turns out the lumbering, 375-pound (okay, 234-pound) running back still has a roster spot. Had you heard that Lacy was actually a bright spot in Green Bay’s game against the Broncos, you might’ve assumed the Packers went on to beat Denver. That clearly was not the case, but the Packers’ ground game certainly outperformed their passing attack. Now facing another strong defense in the Carolina Panthers, Green Bay should be ready to bounce back. Rodgers will attack Carolina’s secondary wherever Josh Norman is not located, and Cam Newton simply won’t be able to keep up. The Packers give the Panthers their first loss, and pull out a road victory that will be monumental for home-field advantage (Green Bay would own the tiebreaker) come playoff time. The Oakland Raiders suddenly seem like a legitimate playoff contender after an impressive win over the New York Jets. With Derek Carr, Amari Cooper, Michael Crabtree and Latavius Murray carrying a formidable offense, Oakland is no joke (for the first time in what feels like forever). Head coach Jack Del Rio is making a strong case for Coach of the Year, helping turn the Raiders franchise around. However, Oakland simply won’t be able to keep up with the Pittsburgh Steelers in this one. Roethlisberger looked a bit rusty in last week’s loss to the Cincinnati Bengals, but no one is better at helping a quarterback get back on track than the Raiders pass defense (302 yards per game). Pittsburgh wins easy, delaying the inevitable complaints from Steelers fans about the Le’Veon Bell injury.

Peyton Manning returns to Indianapolis in what should certainly be considered the game of the week. The Broncos are coming off an impressive win over the Green Bay Packers, and will enter this game full of confidence. The defense appears impenetrable, and the offense seemed to find a bit of its mojo coming off the bye week. However, they are facing an Indianapolis team in desperation mode. Chuck Pagano’s job is on the line, and the Colts will rally around their leader. This is the kind of game Andrew Luck seemingly always finds a way to win, no matter how many times he gives the ball to the other team. The Colts ride the momentum of last week’s comeback effort against the Carolina Panthers and hand the Broncos their first loss of the season. I know, I know. I watched the Week 2 game when the Cowboys absolutely stomped the Eagles also. But too much has changed in the past seven weeks to think it will be much of the same. While Philadelphia has yet to fully click on offense, there is no denying that they are a much improved team. On the other hand, Dallas seems astronomically worse. The Cowboys continue to rely on Matt Cassel and Darren McFadden to carry the offense, which has about as much of a chance as working as Brandon Weeden and Joseph Randle. Wait, they already tried that? Well, the point is, the Cowboys are terrible without Tony Romo under center. Even after only losing by one to the Seahawks, Dallas can’t be feeling too good. Having two weeks to prepare, the Eagles will come in and get an easy/much-needed NFC East victory.

Chicago won’t have Matt Forte to rely on in this game, but based on San Diego’s defense the past few weeks, it wouldn’t matter if the Bears had Rex Grossman in at running back. Either way, the Chargers are going to give up plenty of points. Jay Cutler has been less terrible than usual, and Alshon Jeffery has been a freak of nature. The Bears will be facing a San Diego team that has been ravaged by injuries, and just lost star wide receiver Keenan Allen to injured reserve this week. Even with the constant turnover in receiving options, quarterback Philip Rivers has been phenomenal this season. Currently leading the league in passing yards (2,753) and yards per game (344), Rivers has been the sole reason his team even has two wins to its name. They pick up their third of the season in front of their home crowd, but it’ll be a nail-biter.