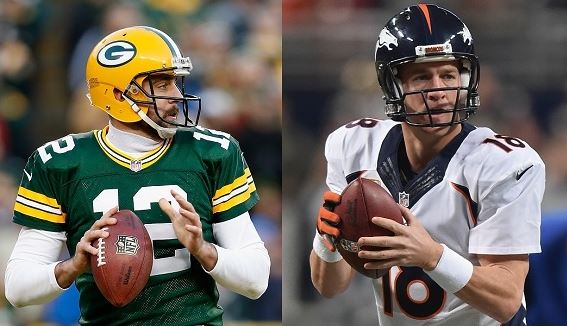 Ouch. Week 7 was not kind to me. It was the first brutal week of the season, and realistically, it won’t be the last.

There’s no justification for the Indianapolis Colts; they played flat-out terribly. If the Saints defense is holding you scoreless for an entire half, it’s time to make some changes. The bad selections didn’t end with the Colts, as the Jets kicked a meaningless field goal, the Giants got a pick-six and kickoff return for a touchdown, and the Ravens threw a red zone interception with 20 seconds left to cap off the week.

These heart-breakers are brutal, but in the NFL, close plays like these are the difference between going 1-4 and 4-1 in a given week. Let’s hope the bad luck doesn’t persist, and take a look at five of the most exciting games Week 8 has to offer.

While New Orleans has looked impressive in their past two games against the Indianapolis Colts and Atlanta Falcons, their offense has lacked any sense of explosiveness. In their dink-and-dunk offense, they shouldn’t be favored by more than a field goal over anyone – let alone a formidable New York Giants squad. In line-makers’ defense, the Giants have looked far from good in their last two appearances. After being humiliated by the Philadelphia Eagles, the G-Men came back with a dreadful performance against the Matt Cassel-led Cowboys. However, they miraculously escaped with a win because of the fact that Dallas was led by Cassel. Heading back to his hometown, Eli Manning will need to get the offense going and help them rediscover their rhythm. Lucky for Manning, there’s no one better to help in this process than the Saints defense. While the Cincinnati Bengals are 6-0 and fresh off their bye week, the headlines are focused on the return of Steelers’ quarterback Ben Roethlisberger. The Bengals have looked like an elite team this season, but face a stiff test heading into Pittsburgh. After putting up with a brutal combination of Michael Vick and Landry Jones the past few weeks, Steelers Nation is extremely relieved to have their franchise quarterback on the field again. Even though it’s only Week 8, this is a must-win game for the Steelers if they expect to challenge for the AFC North crown. I expect them to play like it. This game feels awfully familiar to Seattle’s match-up last week against the San Francisco 49ers. Entering as six-point road favorites, it’s always difficult to pick Seattle when they play so much better at home. However, have you watched the Cowboys? I’m not sure this team could keep a game within five points against an Arena Football League team, let alone against last season’s NFC champion. Matt Cassel gave zero indication of being an upgrade over Brandon Weeden, and the return of Dez Bryant isn’t too significant if he never gets the ball. This one has blow-out written all over it. The game of the week features two teams who have yet to lose this season. While the Aaron Rodgers-Peyton Manning is far less intriguing than it was, say, three months ago, it still promises to be an incredible game. Rodgers will be taking on a Broncos defense that has performed as one of the greatest defenses in NFL history through six games. Strong against the run and the pass, Green Bay will need to be clicking on all cylinders to remain unbeaten. Despite how bad Manning has played thus far, he gets the softer match-up between the two Hall of Fame quarterbacks. The Packers defense is a solid unit, but Manning should have an easier time moving the ball. When it’s a defense vs. offense kind of game, trust the defense… especially when they’re playing at home. No one could’ve predicted that the Panthers would be the undefeated team when these two square off, but Carolina has more than earned all six of its wins. On the other hand, the Colts appear to be in complete disarray. The offense has now been shut out in the first half of three of their seven games, and Andrew Luck looks like an entirely new quarterback. That won’t change this week, as the Panthers have become one of the stingiest defenses in the league. Cam Newton will continue to do the impossible – make Ted Ginn Jr. and Corey ‘Philly’ Brown look like formidable receivers – and the Panthers will cruise to 7-0.