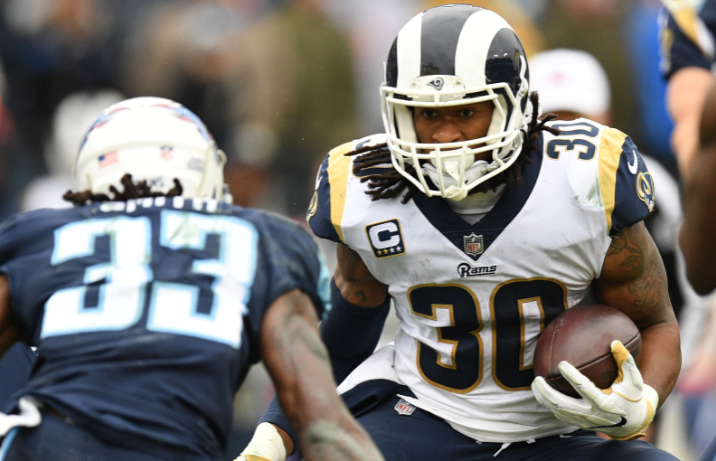 Here’s what they each came up with for Week 6:

C.J. Beathard has been serviceable in Jimmy G’s absence. A tasty Monday Night matchup with the Packers should give Beathard an opportunity to put forth his best performance of the season. He will have to limit his interceptions, but SF’s quarterback should throw for at least two touchdowns and 260 yards.

After posting back-to-back 100-yard games, I was surprised to see Chris Carson with a relatively low price tag. The Raiders defense doesn’t strike fear into anyone, and I believe Pete Carroll will try to establish Carson early and often.

There is not much to say about Todd Gurley that hasn’t already been said. With nine touchdowns through five games, Gurley has sights on the single-season touchdown record. Denver isn’t the best matchup, but the Rams are averaging 50 yards per drive. Gurley is a good bet to find his way into the end zone.

Tyler Boyd has been nearly as prolific as A.J. Green through five weeks. I see Boyd bouncing back from a mediocre Week 5 performance in a big way. If you watched the Rams/Seahawks game last week, you would have noticed Tyler Lockett torching LA’s secondary. With Aqib Talib still out and Marcus Peters nursing an injury, Emmanuel Sanders should enjoy a big day at home.

DeAndre Hopkins has been an absolute beast this season. While the Bills’ secondary is impressive, Hopkins should enjoy another huge performance. 120 yards and a touchdown sounds about right.

Since Baker Mayfield took over as the starting quarterback, David Njoku has seen a big uptick in targets. Njoku was targeted 16 times through the first three weeks, and has been thrown at 18 times in Mayfield’s two starts. The Chargers will want to eliminate throws downfield, which in turn should open up the middle of the field for Njoku.

Cooper Kupp’s chemistry with Jared Goff is evident. He is tied for the team lead in targets (41), is second in receiving yards (438), and first in receiving touchdowns (5). Before exiting last week’s game with a concussion, Kupp had six catches-for-90 yards and a touchdown. At this point, Kupp is nearing on WR1 status.

The Dolphins are fresh off blowing a 17-point lead in Cincinnati, and the Bears scored 48 points the last time they played. So, why am I riding with the Dolphins? I don’t trust Mitchell Trubisky. For starters, Trubisky is incredibly turnover prone. Due to his huge performance in Week 4, Trubisky will come into this game with a ton of confidence. Overconfidence can lead to unnecessary risks and multiple Trubisky mistakes.

Two elite offense meet two horrid defenses — what’s not to love? The Bucs and Falcons will put up one of the highest scoring totals of the week. Winston looked solid in his first appearance of the year — albeit having played strictly in garbage time. Considering the other possible QB’s at his price — Alex Smith versus Carolina, Russell Wilson in London, Mitchell Trubisky — it made picking the former No. 1 overall pick that much easier.

The Bengals and Steelers always seems to play slow, methodical games against each other. While Andy Dalton has the chance to torch a suspect Pittsburgh secondary, I expect Marvin Lewis to attempt to establish a strong running game with his healthy bell cow. Coming off an injury in Week 5, Lewis wasted no time getting his RB involved as Mixon saw 25 touches in a comeback win against the Dolphins. With Gio Bernard out for an extended period, we could also start seeing more of Mixon on third downs.

No Devonta Freeman means Coleman is one of the top value picks of the week. He hasn’t had a breakout game since Week 2, but Freeman absolutely shreeded this Tampa defense on the ground last year (22 carries for 126 yards and five receptions for 68 yards).

Loved grabbing the Winston-Evans combo against one of the worst defenses in the league (right now). Atlanta can’t stop a nose-bleed, and Winston and Evans shouldn’t have any problems re-establishing the rapport they’ve shown over the past few years.

I don’t feel super confident that Hill will be able to break the top off of New England’s defense. The Patriots, albeit possessing a lower collective team speed than in past years, have been historically solid at taking away opposing deep threats. But it’s too juicy of a matchup, and Hill hasn’t exploded for a big game since Week 1. It’s his turn to take over for Kansas City’s electric attack.

One thing I know about Michael Crabtree, he’s one of his toughest critics. Crab was outspokenly frustrated about his inability to snag the game-winning touchdown pass against Cleveland last week. He’s a strong bounce-back candidate, and has seen eight-plus targets each of the past four weeks.

The Redskins roster reads like an infirmary at the moment. Adrian Peterson, Chris Thompson, Paul Richardson, Vernon Davis, Josh Doctson, and Jamison Crowder will all either be out or playing with an ailment against the Panthers. To the shock of fantasy football fans everywhere, Reed has somehow been able to elude the injury bug, and is a high-floor TE1 play in a rough year for the position.

I earned a whopping zero points from my flex spot last week (thanks, Quincy). Instead of going with a safe, highly-targeted pick (Tyler Boyd or John Brown), I’m going to (likely) shoot myself in the foot again with LA’s Williams. He’s gushing with talent, but is coming off two underwhelming performance. I expect a bounce back against a Browns defense that lost No. 2 corner Terrance Mitchell two weeks ago.

The Bears are all the way back. Outside of Jacksonville, there isn’t a scarier collective group of defenders in the league than the one that inhabits Soldier Field. Mack has been an absolute animal, boosting the value of the rest of Chicago’s athletic front seven. Ryan Tannehill is questionable for Sunday, but it shouldn’t really matter who’s under center for the Dolphins. Miami has struggled mightily at controlling the clock (haven’t won time of possession since Week 1), and have been awful on the ground (22nd in rushing yards). The Dolphins will have to take to the air to beat the Bears, and that won’t bode well for Adam Gase’s squad. 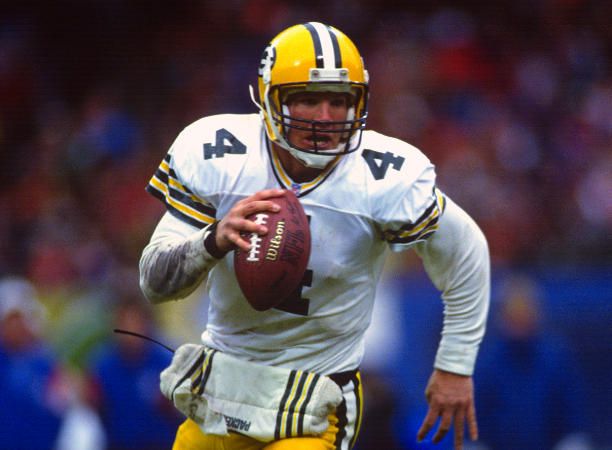 The 25 Most Overrated QB's Of All-Time