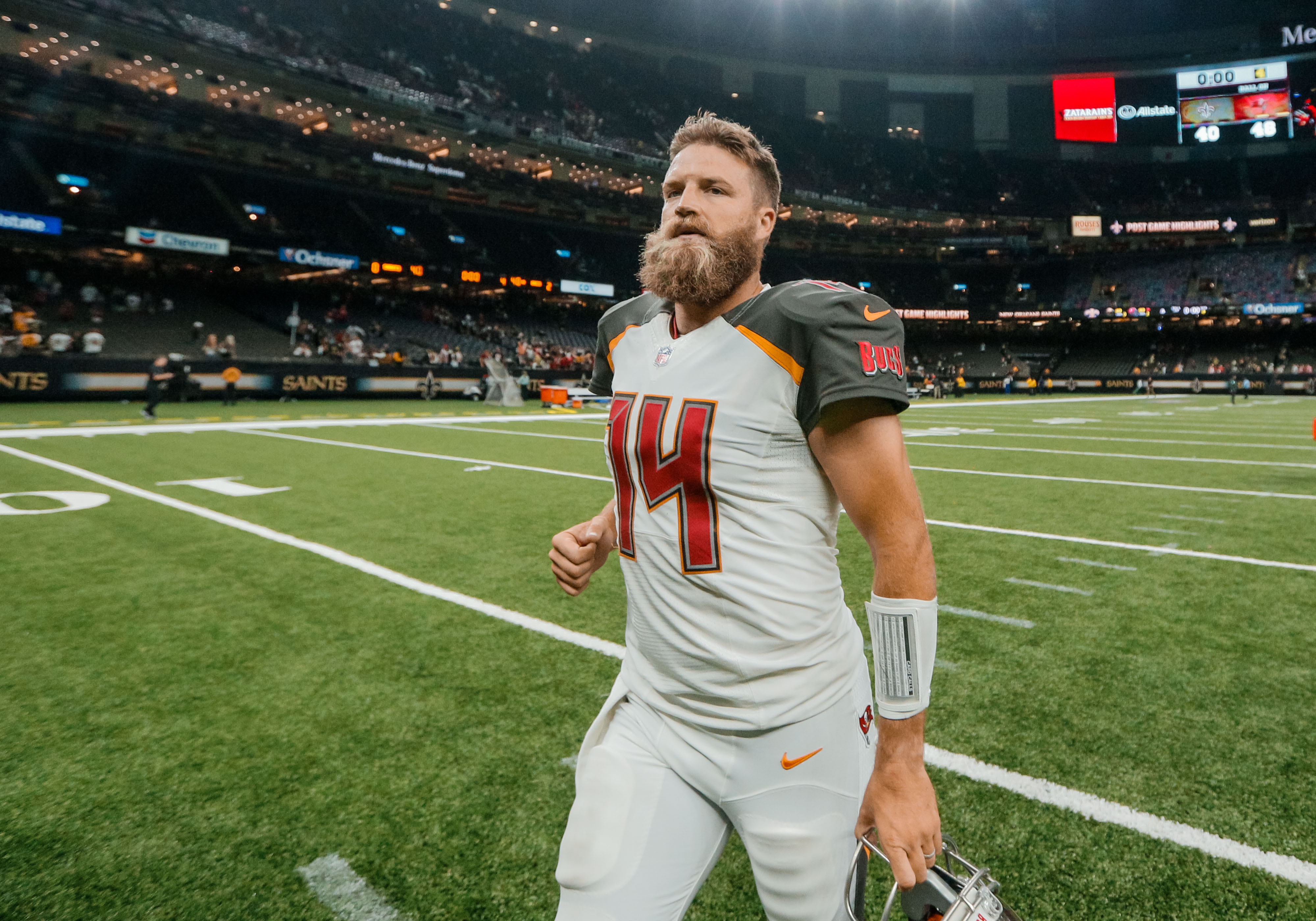 Here’s what they each came up with for Week 3:

Fitzmania is running wild and I can’t stand by one more week without trying to benefit from his tremendous play. After shredding New Orleans and Philadelphia for a combined eight touchdowns, Fitzpatrick faces arguably his easiest task thus far. The Steelers’ defense is a mess. They just allowed six touchdown passes to a quarterback making his third career start. Fitzpatrick can’t maintain his current level of play for the duration of the season, but there is no reason to believe the Steelers are the team to slow him down.

Thompson has shown tremendous value as a pass-catching back over first two weeks. His numbers fall in line more with a wide-out than a running back, and I love it. Thompson has 19 catches through two weeks and I expect the trend to continue. Alex Smith is a good with short passes and utilizing his backs in the passing game, which perfectly fits Thompson’s abilities.

While Thompson has shown more as a receiver than a RB, Barkley has flashed in both facets of the game. After rushing for over 100 yards against the Jaguars in Week 1, Barkley caught 14 passes against the Cowboys. It is clear the Giants want to get the ball in his hands as much as possible, and with Eli Manning’s limitations, Barkley should continue to get at least 25 touches a game. I like Barkley to put up 90 rushing yards and at least 70 receiving yards against the Texans this week.

Evans looks like he recommitted himself this offseason. Appearing noticeably faster, Evans has been dynamic for the Bucs — hauling in 17 passes for 230 yards and two touchdowns. For the same reasons I took Fitzpatrick, I had to roll with Evans against Pittsburgh.

Any worries that Thielen’s production would drop due to the apparent connection between Stefon Diggs and Kirk Cousins should be tabled at this point. Thielen has been a stud so far and is still getting plenty of looks. Facing off against an abysmal Buffalo squad should only increase Thielen’s chances of having a huge day. Agholor is my wild card of the week. Carson Wentz is due to return, which in turn should increase the production of the receiving corps. Zach Ertz has been blanketed in both games to open the season, and I believe Indianapolis will do their best to limit him once again. With Alshon out and Ertz garnering all of the attention, Agholor should be ready for a ton of targets.

Even though Kittle is coming off a poor game I believe he has a lot of value this week. Kansas City was unable to stop Jesse James (Pittsburgh’s TE) a week ago and I see more of the same happening this week. The 49ers will want to control the ball and limit the time KC’s offense is on the field. Kittle is a good possession receiver and should occupy the middle of the field throughout the game.

Aaron Rodgers’ faith in Allison is finally starting to pay off. Allison has gone from undrafted in 2016 to one of the top contributors for Green Bay through their first two games. Allison isn’t being targeted as much as Davante Adams but is averaging over 10 yards per reception. With teams keying in on Adams it is only a matter of time before Allison goes off for 100+ yards. Book Week 3 as Allison’s breakout performance of the early season.

The Cardinals have scored a total of six points in two games. The Bears have one of the better defenses in all of football. When a good defense goes against a putrid offense, usually the defense does pretty well. Give me Da Bears.

I’m feeling fairly confident with two wins already under my belt, so I feel like I can take a few more risks here. Watson has been underwhelming (or just flat-out bad) through two games. The last time we saw Watson he was unknowingly running out the clock on the final play of regulation against the Tennessee Titans. He looks off, but has a chance to get right with a good match-up. The Giants stink. They can’t run the ball. Half of Barkley’s rushing yards have come from one, 68-yard scamper — otherwise he’s taken 27 carries for 66 yards. New York won’t be able to control the clock, and Watson will have plenty of chances to strike against a vulnerable secondary.

Like I said last week, I’m sticking with Kamara for as long as Ingram is out. He’s too vital to New Orleans’ offense, and the Saints haven’t even been all that explosive just yet. I’m expecting at least one big touchdown from him this week. Bernard will have plenty of opportunities with Mixon out. He’s always been great as a receiver, and will run up the points with multiple receptions.

Beckham is my biggest bounce-back candidate in Week 2. Manning was dreadful against the Cowboys last Sunday night. OBJ is still the favored option, and has 24 targets through two weeks. Eventually, Beckham’s absurd catch-radius will help him haul in a few bad throws, and I think it’s this week against a banged-up Houston secondary.

Cooper looked great against the Broncos last week hauling in all 10 of his targets. Him and Carr seem to be on the same page again, and with his price tag this week lower than that of Will Fuller’s, I couldn’t resist.

Davis has a daunting match-up with the Jaguars, but Jacksonville’s vaunted defense hasn’t been quite as stingy through two weeks. I expect the Jaguars to win handily, which should force the Titans to pass the ball early. Davis is supremely talented, and leads the team with 20 targets (the next closest player, Dion Lewis, has only nine targets).

Howard is clearly taken over as Tampa’s top tight end. The former first-round pick is a vertical threat that already has receptions of 35 and 75 yards. Ryan Fitzpatrick is scolding hot right now, and the Steelers will try their best to slow down perimeter threats Mike Evans and DeSean Jackson, leaving Howard to operate in one-on-one situations.

Golladay’s value will increase if Marvin Jones Jr. is unable to go on Sunday night. The second-year player has been the team’s most productive wide-out through two games (13 receptions for 203 yards), and the Lions will be playing from behind early. Golladay is the start of the week.

You know who Philip Rivers likes throwing interceptions to? Aqib Talib and Marcus Peters. The former AFC West foes rekindle the rivalry in Los Angeles on Sunday. The Rams defense haven’t given up a point in the last six quarters of football, and Talib and Peters are salivating at the idea of picking off Rivers one more time. 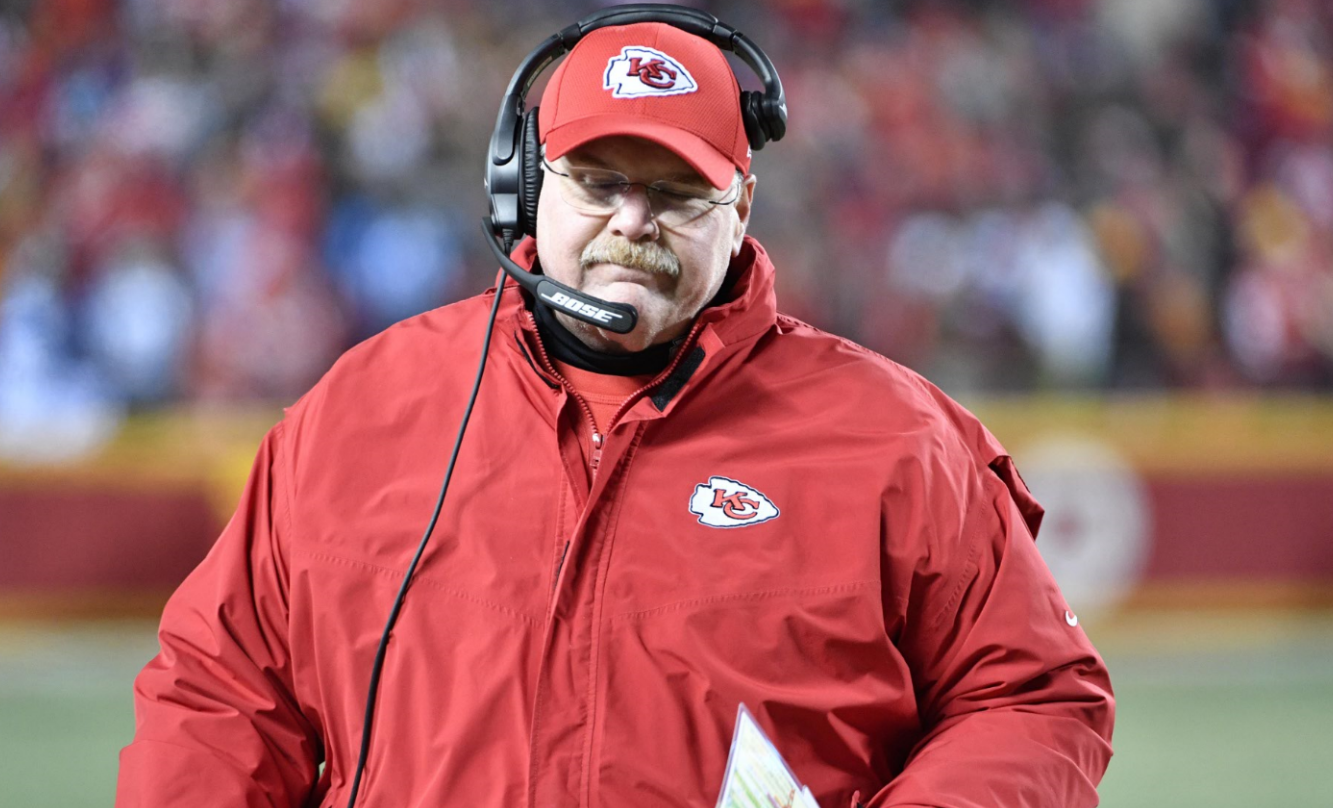