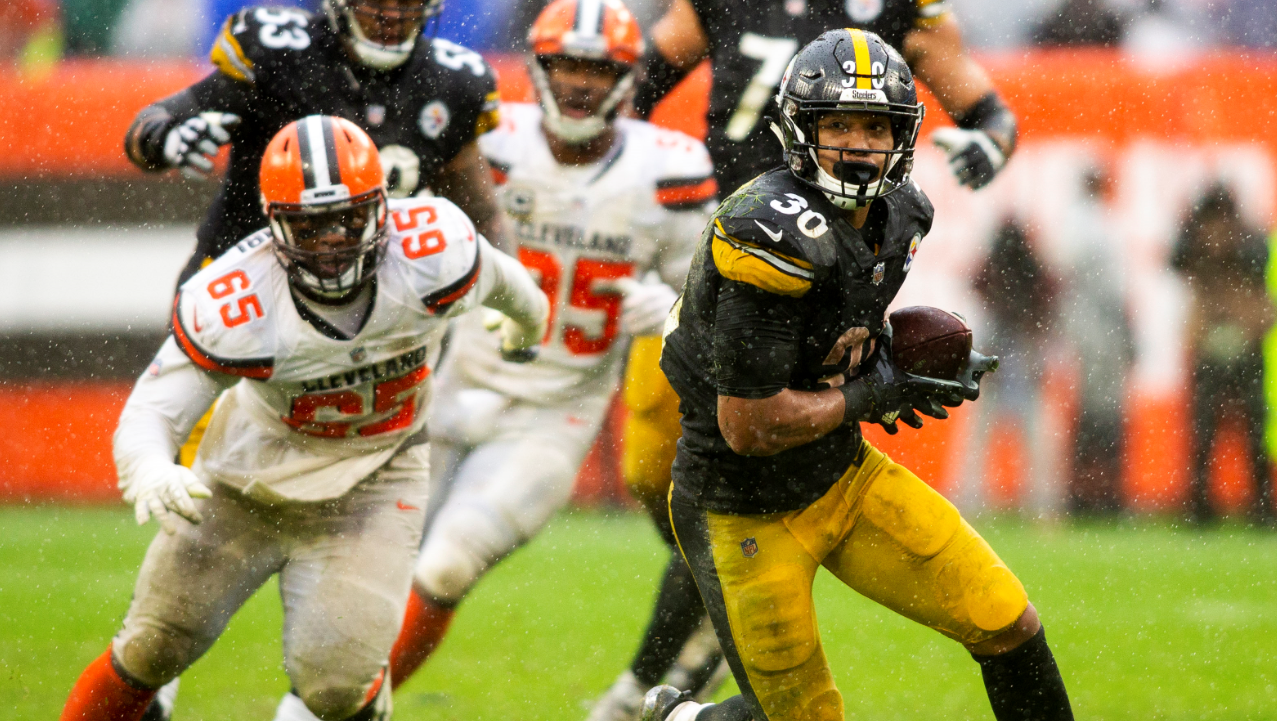 Here’s what they each came up with for Week 2:

Smith carved up Arizona in Week 1, putting up points with ease. Facing a putrid Indianapolis defense in his home debut, I’m anticipating Smith to account for at least three touchdowns. Until the Colts prove they can stop someone, whichever QB is going against them will most likely be a safe pick.

Conner led the NFL in rushing last week in the absence of Le’Veon Bell. Kansas City’s defense looked below-average in their opener and the Steelers should have no problem putting up plenty of points. With Conner expected to get around 30 touches I couldn’t pass on him. Alvin Kamara was explosive in a loss to the Bucs and showed why he was a top fantasy option heading into the season. I expect much of the same against the Browns. After seeing what Conner did to their defense I can only imagine what Kamara has in store.

Hill at $8,100 seems like a steal after his explosive display against the Chargers. Hill already seems to be the favorite target of Patrick Mahomes. Going against a suspect Pittsburgh defense should result in another huge day for the speedster. OBJ looked great in his comeback game against the Jaguars. After dealing with one of the top defenses in the league, OBJ should find himself in more space against the Cowboys. He loves playing on the biggest stage and Sunday night is looking like a perfect time for a classic OBJ performance.

While the Lions looked like hot garbage in their first game, Golladay’s production was a welcome sign. Matthew Stafford targeted Golladay 12 times against the Jets, leading to seven completions for 114 yards. If the Lions fall behind early I think Golladay will haul in many catches.

Kittle was targeted nine times against Minnesota and looked like a threat for a good part of the game. There already seems to be a good connection between Kittle and Jimmy Garoppolo. If it weren’t for a costly drop on a 30+ yard pass, Kittle would have had at least 115 receiving yards. A softer matchup against Detroit should help Kittle reach that mark.

With Doug Baldwin out for the foreseeable future Lockett’s stock rises drastically. Lockett will be Seattle’s No. 1 receiver as long as Baldwin is on the shelf. Barring a continued resurgence from Brandon Marshall, Lockett should be a strong weapon over the coming weeks. The Chicago secondary is a challenging matchup, but I expect the quick receiver to pick up some yards.

The Jets shocked everyone last week by going into Detroit and maiming the Lions. In their home debut they get a relatively easy matchup with the Dolphins coming to the Meadowlands. It’s highly unlikely they can match their performance from a week ago, but I’m confident they can limit the Dolphins’ offense and cause a turnover or two.

Have faith in a Roethlisberger bounce back inside Heinz Field. Big Ben leads all QB’s in fantasy points scored in home games over the past four seasons. The Chiefs defense is extremely beatable after giving up 424 yards and three touchdowns to Philip Rivers. Pittsburgh needs this win badly, and will lean on their two-time Super Bowl winner to deliver.

I’m riding with Kamara until Ingram gets back. He’s the first player I slot into my lineup every week, and Week 1 did nothing but support my decision. McCaffrey gets a nice matchup against an Atlanta team that’s missing two of their best defensive players. Linebacker Deion Jones is the only player on the Falcons roster that could keep up with McCaffrey’s quicks in the open field, and Cam Newton will be looking for his scat back early and often.

Beckham always saves his best for the bright lights. Dallas has zero corners that can matchup with New York’s top receiver step-for-step. I went with Juju to get the Steelers stack against one of the worst secondaries in the NFL. His big-play ability is no joke — he’s had a catch of at least 46 yards in each of his last four games. Agholor remains Nick Foles’ security blanket with Carson Wentz on the mend. He’s one of the shiftier slot receivers in the league, and always seems to find a way to get open. Tampa Bay gave up 40 points last week, and will be without former first-round pick and No. 1 corner Vernon Hargreaves.

Kittle has developed a nice rapport with Jimmy Garoppolo. The San Francisco tight end is a big target and provides a safety net for his QB. He led all 49er pass catchers with nine targets last week, and will be featured even further with Marquise Goodwin officially ruled out against the Lions.

A classic case of not having much salary cap left over and picking the player with the highest chance for opportunity. The Jaguars are excruciatingly weak at receiver, but Cole has shown flashes as both a deep threat and a solid route runner. With Leonard Fournette possibly out (or limited), the Jaguars are going to have to turn to other avenues to jump-start their offense.

Eli Manning is always good for a couple of turnovers in prime time. A fully-healthy Cowboys defense can get to the quarterback and disrupt passing lanes with DeMarcus Lawrence and Sean Lee patrolling the field. The last time a Manning-led Giants team dropped 30+ points in a game was Week 17…of the 2015 NFL season.