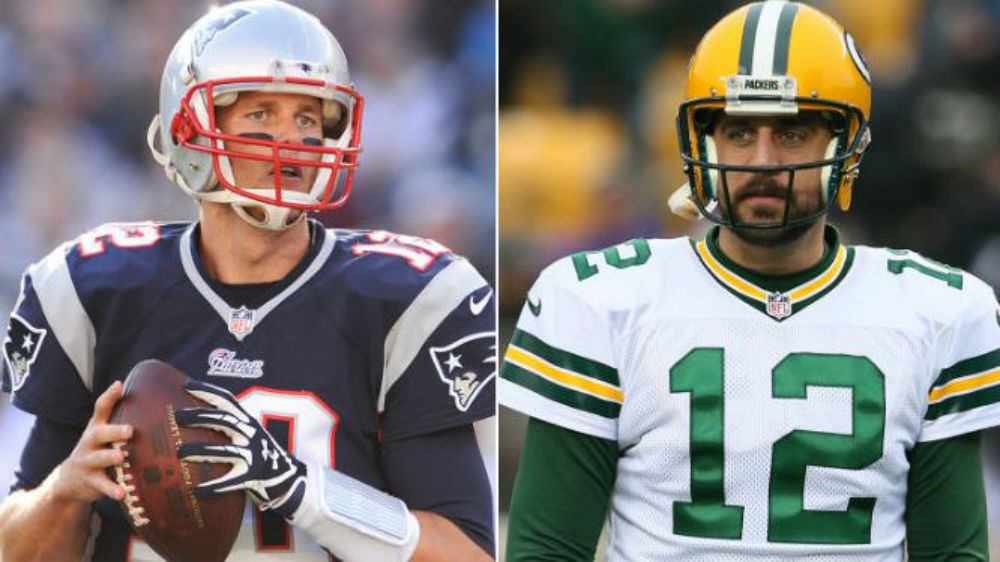 After an underwhelming Week 1, fans were treated to a far more interesting second week of NFL action. Here’s a quick round-up of the week that was:

Green Bay traveled to Atlanta to take on the Falcons in their first home contest at the newly opened Mercedes-Benz Stadium. It was the first meeting between two of the NFC’s top teams since their clash in the NFC Championship Game. The Falcons looked just as dominant as they did in January.

Matt Ryan and company came out of the gates strong — putting together an 8-play, 86-yard touchdown drive in the opening possession of the game.

2nd & short is a great spot for playcallers, have the whole playbook at your disposal. play action shot on the yankee concept to julio jones pic.twitter.com/cFZtGrz7Xk

Aaron Rodgers answered back with a convincing 75-yard drive, ultimately ending with a Ty Montgomery touchdown run. However, the Packers’ defensive unit was largely ineffective. Ryan methodically picked apart a defense that couldn’t stop the run or pass. Green Bay forced just one three-and-out the entire game, and Rodgers proceeded to throw an interception on the ensuing drive. The game mirrored the NFC Championship game almost perfectly, with the Packers scoring a pair of garbage-time touchdowns to keep the score close.

It’s the Packers’ third-straight loss to the Falcons, and Rodgers now has a 4-5 career record against Ryan. Rodgers remains the best quarterback in the league, but the team’s front office continues to fail him. The defense remains largely unchanged from a group that allowed the second-most passing yards in the league last season. Montgomery has been a solid pass catcher in his new role, though ineffective as a traditional rusher. Jordy Nelson and Randall Cobb got banged up. They’ll be able to score as long as Rodgers is under center, but it’s all for naught if their defense can’t slow down top NFC teams like the Falcons.

A couple hours west of Atlanta, the Patriots put on an offensive clinic against the defensively inept New Orleans Saints. New England put up 30 points in the first half in New Orleans, as Tom Brady looked as sharp as ever. Brady had his offense humming after a Week 1 defeat to the Kansas City Chiefs, although the Saints defense is hardly comparable to KC’s. The truly alarming facet to New England’s game wasn’t how they played, but the injuries they’ve sustained.

The Pats’ disabled list is starting to pile up with each week — particularly in their wide receiver group. Julian Edelman has already been ruled out for the year. Malcolm Mitchell is also on the IR. Danny Amendola had a concussion last week. Chris Hogan was visibly limping around on a number of plays. Gronk has a groin issue. Newly acquired Phillip Dorsett exited yesterday’s game with an injury. RB Rex Burkhead and DB Eric Rowe both left Sunday’s game with ailments. Donta’ Hightower has reportedly suffered a setback in his rehabilitation process. Even the mighty Patriots have a breaking point when it comes to players missing time, and Brady’s arsenal of weapons is rapidly depleting.

The Packers and Patriots are now both 1-1, but face major obstacles that must be overcome to fulfill their lofty expectations. Fortunately, they each have one of the best quarterbacks in the NFL – so don’t feel too sorry for them.

Elsewhere around the league, the Denver Broncos put together a dominating performance against the Dallas Cowboys. Dak Prescott and Ezekiel Elliott had no answer for the Broncos’ elite defense, suffering the worst defeat of their respective careers (25 points). The unheralded Denver offense has been getting it done for them during their 2-0 start. QB Trevor Siemian has been great thus far, throwing for six touchdowns while completing 65-percent of his passes. He helped bolster up a rushing attack that finished 27th in total yards last year. The two-pronged attack of C.J. Anderson and Jamaal Charles lead the league in attempts (75) and yards (318) through the first two weeks of the season.

Sticking with the AFC West, the aforementioned Chiefs won another game against a quality opponent — as they took down the Philadelphia Eagles. Alex Smith wasn’t nearly as prolific this time around (251 yards, one touchdown), but he completed 75-percent of his passes, and didn’t turn the ball over. KC’s defense got to Eagles QB Carson Wentz six times, which proved to be the deciding factor in the 27-20 victory.

The last of the AFC West undefeated teams are the Oakland Raiders, who rolled to a 45-20 victory over the New York Jets. Marshawn Lynch found the endzone for the first time in his Raiders career (and had some fun on the sidelines). Michael Crabtree joined him with three touchdown snags of his own. Oakland will get tested in an upcoming two-week road trip against the Washington Redskins and division rival Broncos.

Marshawn Lynch is the greatest pic.twitter.com/iCLodp7qus

Minnesota came up short in an anticipated clash with the Steelers in Pittsburgh. It’s hard to gauge the Vikings without Sam Bradford (Case Keenum started in the injured QB’s place), but rookie Dalvin Cook looked stellar for a second week. Big Ben did a better job of connecting with his other receivers this week (Martavis Bryant and JuJu Smith-Schuster each recorded a touchdown), though the Steelers are still waiting for offseason absentee Le’Veon Bell to have a breakout game.

Tampa Bay and Miami both took home wins after their Week 1 byes. The Bucs steamrolled the Bears early on, and leaned heavily on their run game to close out their victory. Miami was involved in one of the week’s most exciting games — squeaking out a win over the Chargers after Younghoe Koo missed a game-winning field goal attempt for the second consecutive week.

Tennessee and Seattle rebounded from Week 1 losses by beating up on lesser division foes. The 37-16 Tennessee victory over Jacksonville proved that the Jaguars probably aren’t very good. The 12-9 Seattle victory over San Francisco proved that that the Seahawks probably aren’t very good. The Titans struggle to make big plays down the field, while the Seahawks offensive line can’t block anybody. We’d bet on the Seahawks looking better as the season progresses, but both teams appear to be second-tier competitors at the moment.

Baltimore and Carolina continue to get by with their defenses and clock management skills. The Ravens have thus far looked far more competent on offense (although ringing up 22 points per game against the Bengals and Browns is nothing to write home about). Cam Newton will eventually get it going for the Panthers, though losing Greg Olsen for an extended period of time will be a big loss.

The start of any NFL season is filled with the logical fallacy of “football math”.

Match-ups are everything in professional sports. Even if one team does well against a common opponent, it doesn’t mean it will always end with a predicted result. With that being said, the Colts’ future prospects — based upon what they’ve done so far — doesn’t look all too bright.

They lost to this:

Jared Goff showing off that accuracy on the ref’s head. pic.twitter.com/kJNUwc9QaY

Indy followed up that performance by losing an OT thriller to a David Johnson-less Cardinals team. They have the Browns up in Week 3, as the winnable match-ups on the Colts schedule begin to dwindle.

To end the week, we all had the (dis)pleasure of watching the New York Giants take the field. The G-Men clashed with the Lions in the Meadowlands, and Detroit controlled this one throughout. Stafford was efficient, and Ameer Abdullah had a promising outing with 86 yards on 17 carries.

The real story here though is the ineptitude of the New York offense. Eli Manning looks absolutely lost, and crumbled against any sort of pressure. Odell Beckham Jr. suited up after missing Week 1, but wasn’t the ultimate savior New York apologists made him out to be. They still can’t run the ball with any sort of success. Now at the bottom of the competitive NFC East, the Giants are in some serious trouble.

Week 3 already looks to be the best season of the year, because the Giants don’t have a nationally televised game. 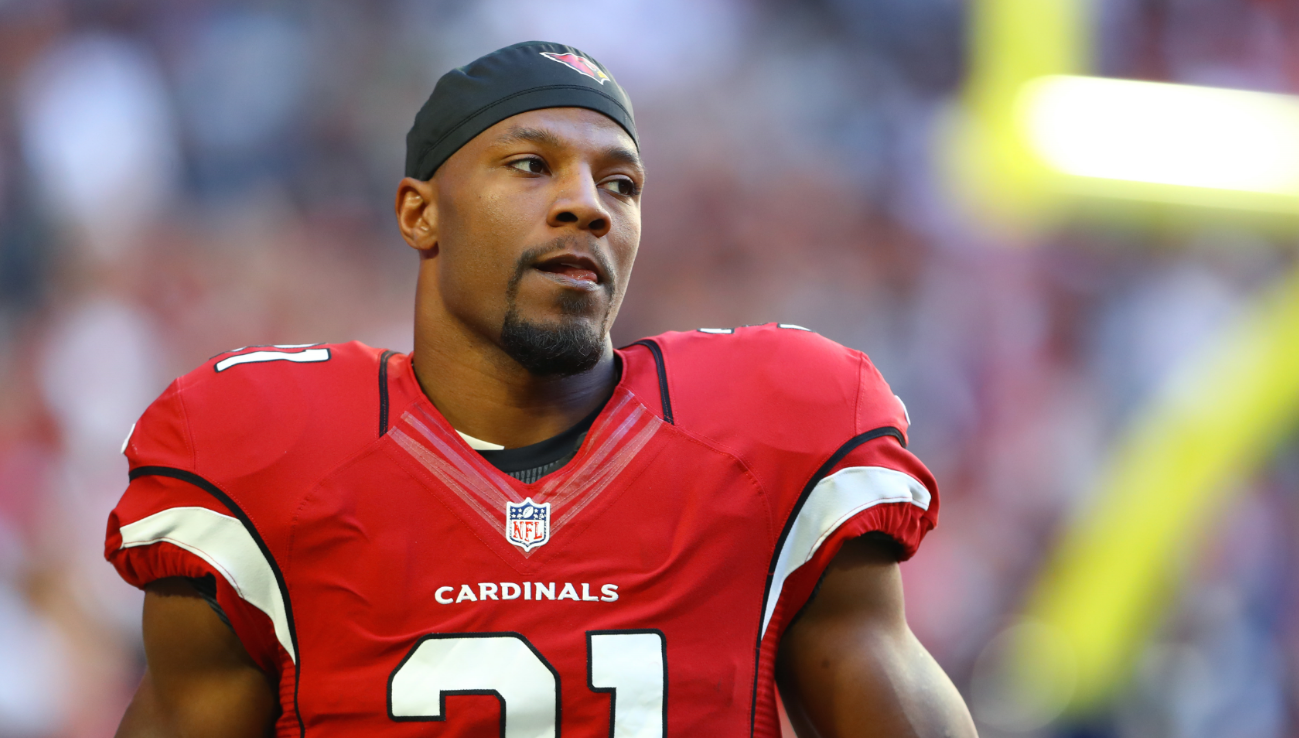