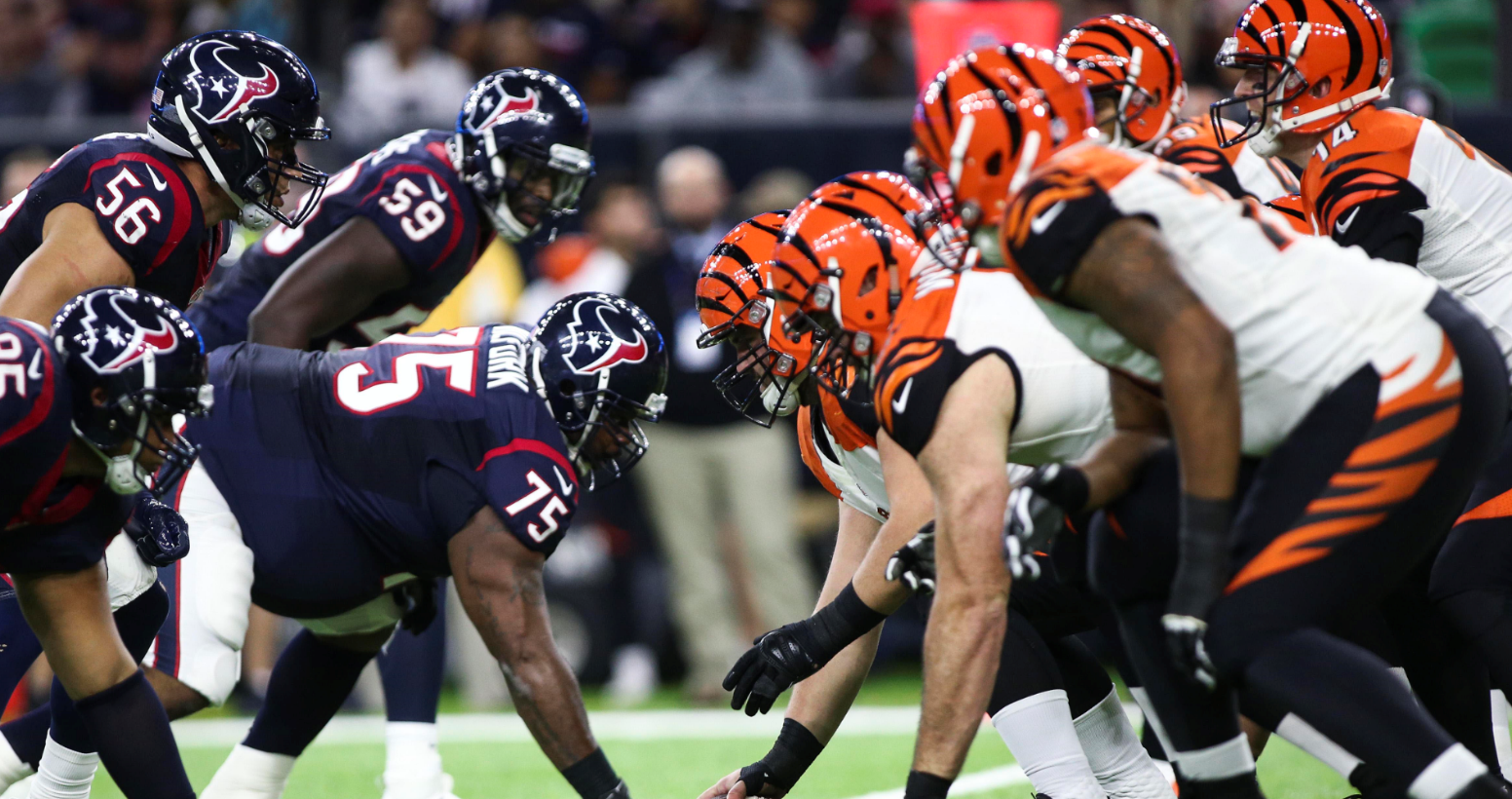 The Bengals and Texans have plenty to prove heading into their Week 2 game, and a loss could spell disaster for either team’s playoff hopes.

Houston was thoroughly outplayed by division rival Jacksonville in their first game of the season. Tom Savage got the start at quarterback, but Bill O’Brien had seen enough of the Pitt product and inserted rookie Deshaun Watson at the beginning of the second half. Watson started off strong, conducting a 14-play, 75-yard drive that ended with a 4-yard touchdown strike to star receiver DeAndre Hopkins.

That was the peak for Houston’s offense, as their next four drives ended with a fumble, punt, interception and loss of downs. The Texans’ vaunted defense wasn’t so stellar either, as 4th overall pick Leonard Fournette and the Jags offensive line had their way with Houston’s front-seven. It’s tough to blame the defense though when Houston’s offense was averaging just 2.9 yards per play.

Cincinnati lost to a division foe as well in an embarrassing shutout against the Baltimore Ravens. Andy Dalton looked absolutely petrified facing the Ravens’ pass rush, turning the ball over five times while only mustering up 170 passing yards. Dalton’s inability to keep the offense on the field allowed the Ravens to run the ball an astonishing 42 times for 157 yards. Even the best defenses would crumble when they’re on the field for as long as the Bengals were.

The two ball clubs now stand in unenviable territory. Houston is in a very winnable AFC South, but have a rookie quarterback and a defense that lost A.J. Bouye in the offseason and Brian Cushing earlier this week. Cincinnati is in the tough AFC North with the perennial favorite Pittsburgh Steelers, the suddenly rising Ravens, and the Browns who look to be far more competitive this year. Every year there are teams that fall short of expectations, and we could be looking at two potential suitors for that role.

In a league that is slowly beginning to accept the art of “tanking”, the Texans and Bengals wouldn’t gain much from a losing season. Potential top draft picks include a multitude of talented quarterbacks, a position that (theoretically) isn’t of need for either team. Houston just spent a first-round pick on Watson, and Dalton is signed on until 2021 with Cincinnati.

Losing does nothing for these teams, making this a must-win game for both sides.