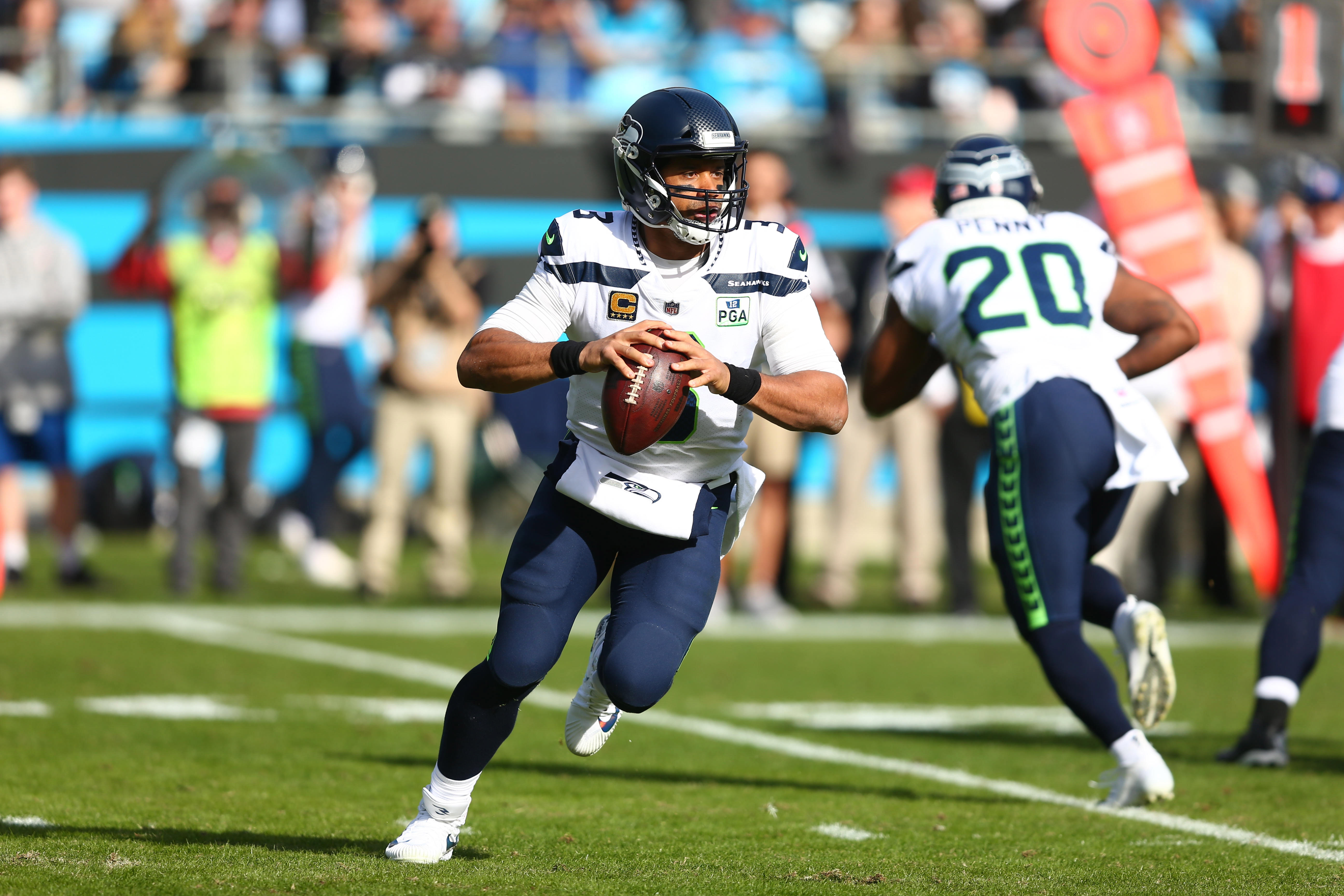 Here’s what they each came up with for Week 13:

Russ is turning it on at the right time. Over Seattle’s past five games, Wilson has thrown for 12 touchdowns and only 1 interception. Add in a 92-yard rushing performance against the Rams and Wilson is clearly firing on all cylinders. The 49ers aren’t good, and Wilson should have extra incentive to stick it to former-teammate Richard Sherman.

Austin Ekeler has been a very productive backup for the Chargers this season. With Melvin Gordon unavailable this week, Ekeler should be heavily featured in LA’s game plan. The Chargers’ RB2 has averaged nearly six yards per carry on the year, and is also a viable threat in the passing game.

By this point, McCaffrey’s inclusion is almost a guarantee. Carolina’s star is coming off a 100-yard rushing and 100-yard receiving game last week. His high-target rate out of the backfield is also a tremendous bonus. The former Stanford standout has 71 receptions thus far, and has amassed over 1,300 total yards.

At least one of the Chiefs’ prolific offensive weapons is going to enjoy a huge day in Oakland. My money is on Tyreek Hill. Hill has hauled in four touchdown passes and accumulated 332 receiving yards over KC’s past two games. Oakland can’t stop anybody, let alone the league’s fastest player.

Six-straight 100-yard games, an average of 11.6 targets per game since Week 6, and three touchdowns in the last four weeks — Julio Jones is an animal. I don’t expect much to change this week, even against a good Baltimore defense.

I’m riding with the Seahawks this week. I believe Wilson is going to have a huge game, which means one of his receivers will as well. Tyler Lockett is that player. Lockett leads the team in receptions, receiving yards and touchdowns. If Lockett can produce one touchdown and roughly 90 yards, I will be content.

Ebron has been Andrew Luck’s second-favorite target this season. His 72 targets trail only T.Y. Hilton (73) and the tight end is also second on the team in receiving. However, Ebron is easily Luck’s favorite target in the red zone. Luck and Ebron have connected on 11 touchdown passes — including two the last time Indy and Jacksonville met.

Lewis has been rather putrid running the ball. So, why am I going out on a limb and choosing the iffy back? Because the Jets can’t stop the run. Lewis has the ability to put forth his best rushing-performance of the season. In addition, I’m banking on Lewis finishing the game with 7+ receptions.

It seems odd picking the Vikings defense given the matchup they face this weekend. However, Minnesota’s defense is playing its best ball of the season as of late. The unit has combined for 15 sacks, three fumble recoveries, two interceptions and one defensive touchdown over the past three weeks. I don’t expect them to shut the Patriots down, but a few sacks and 1-2 turnovers would suffice.

The typically consistent Brady has been a fantasy football sieve this season. Touchdown Tommy is on pace for his worst fantasy output in a full season since 2013. Part of his regression has been New England’s willingness (and ability) to run the ball near the goal line. A second factor has been the Patriots overall lack of talent on the outside with an ailing Rob Gronkowski. The Patriots are as healthy as they’ve been all season, with Gronk and Sony Michel coming off breakout games, and Rex Burkhead set to return. With the Saints laying an egg on Thursday Night, the Patriots have a chance to stake their claim as the best team in football. Brady lights up a beatable Vikings defense in a rout.

Barkley had 31 PPR points last week — in the first half. I don’t care if the rumors about Giants ownership demanding Pat Shurmur keep the ball away from his franchise players in a lost season are true. Barkley doesn’t need a whole lot of touches — or a whole lot of time — to get cooking. The rookie is match-up proof, even against an awesome Chicago defense.

Michel assumed the lead back role coming out of New England’s bye week. The former Georgia Bulldog out-touched James White 23-10, racking up 145 yards from scrimmage and a touchdown along the way. Michel has the skill-set of an every-down back, and the Patriots are starting to treat him like one. Grab him before his price astronomically rises.

The Chargers’ No. 1 option has been picking up steam following an icy start. Allen has scored in three straight, and LA will be without bell-cow Melvin Gordon for a marquee match-up. Philip Rivers and the Chargers are going to have to throw the ball to get a win in Heinz Field, and the Steelers don’t have an answer for Allen.

Adams is on a scolding hot run, with touchdown scores in eight of eleven games. The Packers are in must-win mode, and will be throwing early and often against a Cardinals defense that has been surprisingly stout against the run.

Thomas is a dart throw. He looked awesome during his first drive with the Texans, stunk for the proceeding seven quarters, and still found a way to score twice last week. I’m not quite sure what to think of Thomas’ situation, but you’re not finding a more talented player at the price range.

The volatility at tight end allows for some flexibility here. With O.J. Howard on the shelf for the rest of the year, Brate has assumed an undisputed starting role. He found his way into the end zone last week, and has an established rapport with Jameis Winston. Or was it with Ryan Fitzpatrick? Ah, it doesn’t really matter. Per usual, both Buccaneers quarterbacks will probably find their way onto the field at some point in this contest. Brate will be there to haul in a five-yard touchdown pass from either one.

Red alert: play Gus Edwards for as long as Lamar Jackson is Baltimore’s starting quarterback. It’s that simple. Opposing teams haven’t figured out how to stop the Ravens rushing attack, and Edwards is an absolute bruiser that lives for contact. Even with Deion Jones set to return, the Falcons defense doesn’t appear ready for a heavy dosage of downhill running.

Chase Daniel was impressive in his first appearance spelling for injured second-year hurler Mitch Trubisky. Riding the high of Daniel’s first win as a starter since 2014, the Bears are in a prime spot for a let-down performance. The Giants have looked far more competent on both ends in recent weeks, and have forced six turnovers in their previous three games.