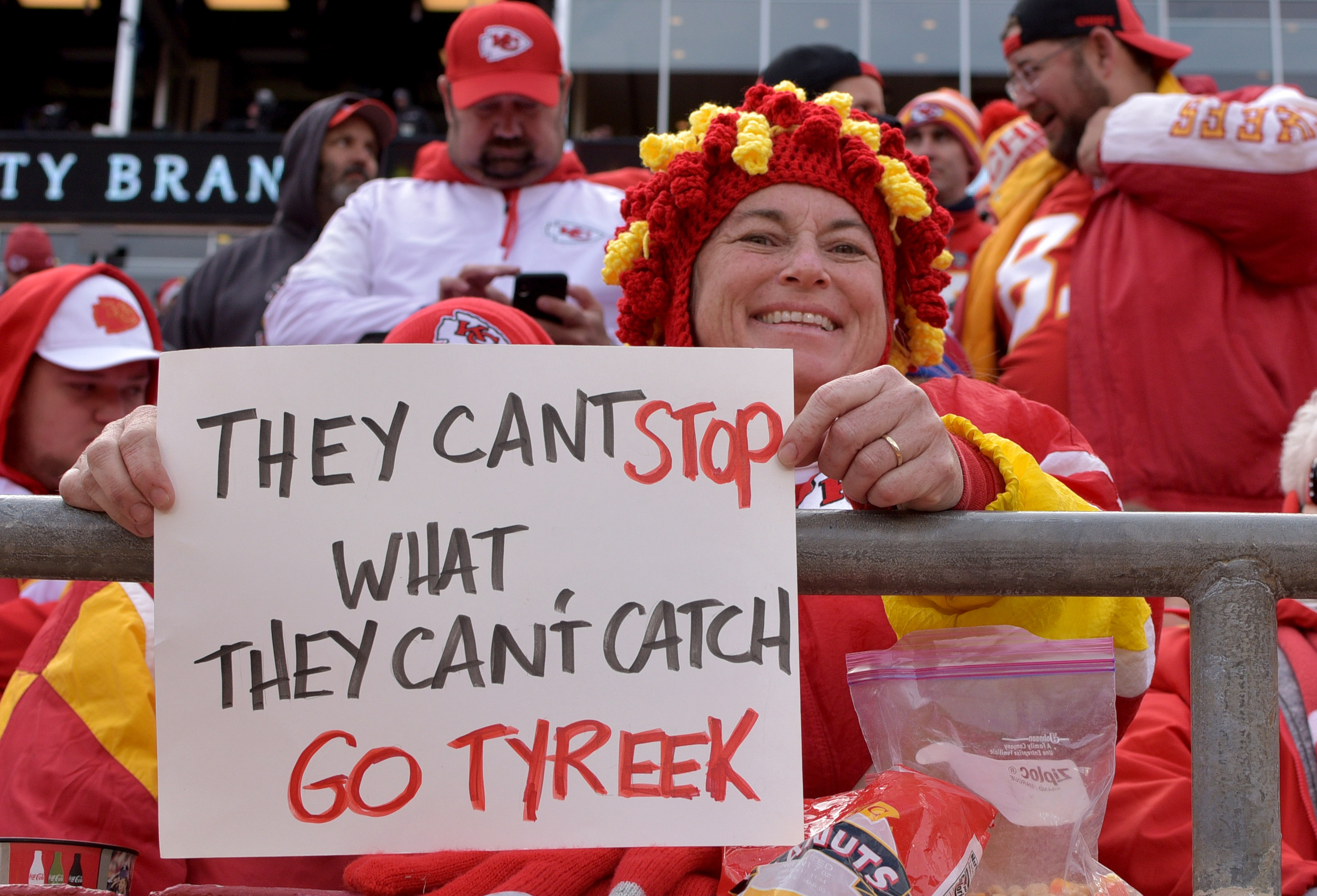 Here’s what they each came up with for Week 11:

Goff, the NFL’s second-leading passer, should have a multi-touchdown performance Monday night. While the Chiefs defense has improved in recent weeks, there is nothing to suggest they will be able to slow down the Rams attack. There is a chance both Goff and Patrick Mahomes throw for three or more touchdowns in this game. I’m taking Goff because his price tag is slightly lower than Kansas City’s leading man.

Although I don’t love Kerryon’s matchup this week, I believe the talented rookie will do enough to make an impact on the scorecard. I’m banking on Kerryon reaching 110 total yards against the Panthers.

For the first time this year, I like David Johnson’s chances to have a big week. As Josh Rosen continues to become more comfortable at QB, Johnson’s production has increased. Going up against the putrid Raiders should also benefit the former star.

With Golden Tate now in Philadelphia and Marvin Jones Jr. less than 100 percent, Golladay becomes the clear No. 1 receiving option in Detroit. If the Lions fall behind (which I believe they will) Golladay should be targeted often.

In terms of Hill, he should be able to shred the Rams’ secondary all night. LA has given up a lot of points recently and Hill will be the most dangerous receiving threat they’ve faced thus far. Hill will finish with two scores and over 100 yards.

OBJ is a monster. Tampa’s defense is anything but monstrous. If Eli Manning continues to look for OBJ, the star receiver should continue to amass a ton of points going forward.

The main beneficiary of Andrew Luck’s resurgence has been Eric Ebron. Ebron leads the Colts with 463 receiving yards and nine touchdowns. Ebron is coming off a two-touchdown performance against Jacksonville and will continue to be a main target in the red zone.

I’m not picking Yeldon for his running skills — 47 yards on 17 carries the past three weeks — but for his pass-catching abilities. Yeldon has 17 catches over the same three-game stretch, averaging nearly 60 yards per game. As Yeldon’s targets increase, so does his value. With Leonard Fournette working himself back into shape, Yeldon should be on the field for plenty of snaps.

Only the Tampa Bay Buccaneers have allowed more points (291) than the Cincinnati Bengals (288) this year. Cincy is yielding 454.6 yards per game and 32.0 PPG. So, why would I choose this lousy defense? Solely based on the possibility that Robert Griffin III or Lamar Jackson could be starting for Baltimore. Here’s hoping Cincy causes a few turnovers.

I want all parts of this juicy NFC matchup. The Eagles are, essentially, playing for their playoff lives. A 4-6 hole is tough to dig out of, and Doug Pederson will go to great lengths to ensure a huge victory in New Orleans. Wentz has gone for two-plus touchdowns in seven straight and has eclipsed 250 yards in every game this year. With their backs up against the wall, Philly needs an offensive explosion.

The Jaguars are dead in the water, and their Week 2 victory against New England feels like eons ago. Losers of five straight, the once-vaunted Jaguars defense wilts against a Steelers team that has put up 45.8 points per game during their current five-game winning streak. A classic case of a scolding-hot offense facing off with a team on a tailspin. Buy all of the Steelers stock.

Cohen at 6K was a nice price in a .5-PPR format. He’s scored a touchdown in five-of-six games and figures to be a big part of the offense in a must-win divisional game.

I built my team around Woods and Hill this week. Vegas can’t set a line that I won’t bet the over on in Monday’s matchup. Expect fireworks in LA, and having two of the most dangerous options in each team’s passing attack seems like a solid avenue to take this week.

With Marvin Jones on the mend and Golden Tate in Philly, Golladay will be given the chance to prove he’s a No. 1 receiver. He gets a winnable matchup against Carolina and rookie cornerback Donte Jackson. Outside of third-down running back Theo Riddick, there probably isn’t another pass catcher on the team Matt Stafford trusts more than his second-year wide-out.

The most obvious stack for Wentz is his trusty sidekick, Ertz. Ertz has been battling Travis Kelce for the No. 1 TE spot all season long, and took a firm lead in the race after last week’s explosion. Coming off a 14-catch/145-yard/two-touchdown performance, there isn’t a defense that can contain the Stanford product at this current juncture. With the Eagles likely playing from behind most of the game, Ertz will be relied on heavily.

With only a few dollars left to my name, I had to side with the player I trust most in this price range. While Lamar Jackson being under center doesn’t instill much hope, Brown is a big-play threat going up against a Bengals team that is absolutely reeling. The Ravens secure a big win at home, and Brown runs rampant on a Bengals team that has given up point totals of 51, 34, and 45 in their last three outings.

By the same token, a rookie Jackson shouldn’t be overly confident heading into this game. The former Heisman winner is an excellent runner with a strong arm, though he’s prone to mistakes. Head coach John Harbaugh will have his young QB making ‘business decisions’ when applicable, opening up the door for a heap of sacks for the Cincinnati defense.