Though James is the most versatile defensive back in the draft, Fitzpatrick is a close second. The New Jersey native has been patrolling on the back end of the Alabama defense since he was a freshman. He led the Crimson Tide in interceptions a season ago (6) – which speaks directly to his intelligence on the field, as well as his elite anticipatory skills. He also has the versatility to play literally anywhere in the secondary. For a Rams’ secondary which is devoid of both talent and depth, he’d be a massive upgrade right away. Here’s where the draft gets interesting. It doesn’t appear that the franchise has a whole lot of faith in Tyrod Taylor – despite the 28-year-old signal-caller making the Pro Bowl just a few seasons ago. Based upon this offseason, it appears as if the Bills are going full rebuild-mode. Allen is the player left on the board with the most upside – though he also is one with plenty of risk. The skill-set is tantalizing, as Allen’s got the arm strength to withstand the expected elements of the winter months in upstate New York. However, Allen’s still a bit green as a passer – evidenced by the fact that he threw 15 interceptions last year. Should the Bills select him, they’re hoping he’s more like Carson Wentz as opposed to Blake Bortles.

The running back trio of Rob Kelley, Samaje Perine and Chris Thompson is adequate — though it’s certainly not spectacular. Washington needs a legitimate No. 1 back to take pressure off of QB Kirk Cousins and the passing game. In this draft, the best running back talent is Barkley. A warrior in the weight room, Barkley’s strength in the lower half of his body has defenders bouncing off of him with regularity. He’s got sudden start-and-stop quickness when evading the opposition. Duly, Barkley’s proven the ability to flash legitimate speed in space. When looking at the recent backs drafted within the Top-10 (Leonard Fournette, Ezekiel Elliott, Christian McCaffrey), Barkley is in the same class from a talent standpoint. He’d immediately enhance the Redskins’ chances at garnering a playoff spot.

Cameron Wake has long been the Dolphins’ top rusher off the edge. Though at 35 years of age, one has to wonder when he’ll suffer a considerable drop-off. Miami did draft Charles Harris this past year in the first round. While gifted in getting after quarterbacks, he’s still got his limitations in terms of positional versatility. At this point in the draft, Key is the best player remaining on the board. A freakish athlete, he’s been a terror for LSU — both as a defensive end and as an outside linebacker standing up in space. The Atlanta native had 12.5 tackles-for-loss and 11.0 sacks a season ago as a true sophomore. In baseball, the old axiom states that one cannot have enough pitching. As it pertains to football, having a plethora of pass-rushers is always a great thing. 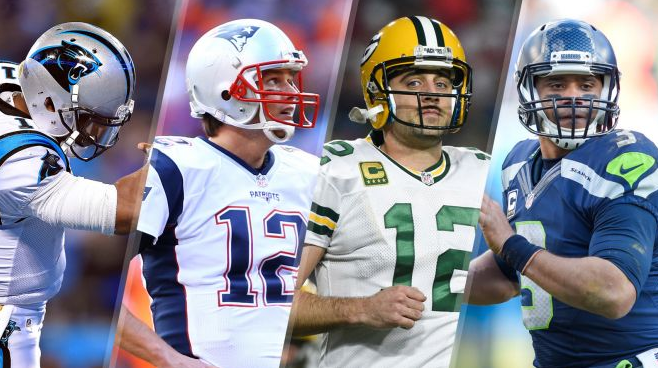 The 32 Quarterbacks Ranked From Worst To First