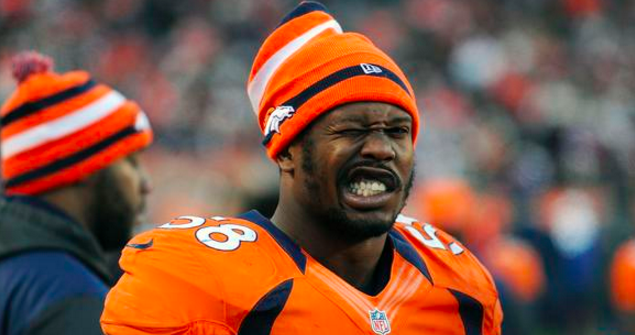 Von Miller has established himself as one of the best linebackers in the NFL, but football came close to never being a part of the Super Bowl MVP’s life. Following the Broncos’ win over the Carolina Panthers, Miller explained that his father was adamant about Miller not participating in the contact sport as a child.

Instead of listening to his father’s request, Miller begged his mother to let him play and eventually got her to agree. The 26 year-old star said it was difficult to hide the game he loved from his father, but Von and his mother figured out how to make it work.

“So this had to be a CIA operation,” Miller said. “I couldn’t even have my pads in the house. I’d get undressed in the back of the Suburban after practice and then we’d leave the pads in the back seat with a blanket over them.”

The outside linebacker eventually told his father about football when his 11-player youth team reached the championship game. Miller said that at first, his father wasn’t too pleased, but the team ultimately won the championship and all was forgiven.

Miller said he believes the reason his father didn’t want him to play is because of his slender frame as a child. Now though, the Dallas native is far from scrawny standing at 6’3” and 250 pounds.

It’s never a good idea to hide things from your spouse, but in this case, Von Miller’s mother shouldn’t have any regrets. Her decision has led to a Super Bowl MVP, a Butkus Award, 4 Pro Bowls and an AP Defensive Rookie of the Year Award.

And the scariest part is that it seems like he is just getting started.