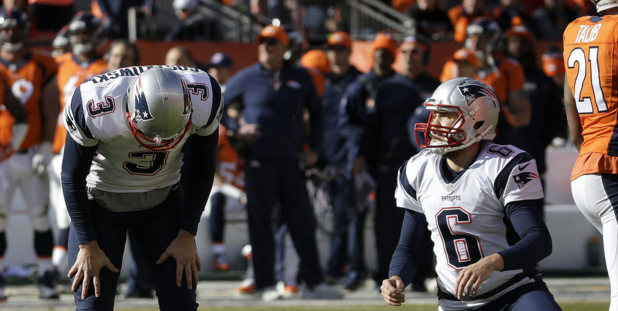 Stephen Gostkowski is widely regarded as the best kicker in the National Football League. But when the postseason comes around, fans are constantly reminded to expect the unexpected.

With the New England Patriots taking on the Denver Broncos, a first quarter miscue proved to be the difference in the game. After Steven Jackson ran in for a 1-yard touchdown, Gostkowski trotted onto the field for the extra point the same way he has so many times before.

Only this time, he pushed it wide of the uprights for the first time in his last 524 extra point attempts. The miss resulted in the Broncos holding a 7-6 lead, and the Patriots were unable to catch them the rest of the way.

New England’s kicker was far from the only disappointing performer in this one, as Denver’s stingy defense completely stifled Tom Brady and the rest of the offense. Brady was under duress seemingly every snap, and the offense failed to ever get in their typical rhythm.

However, Gostkowski’s first quarter miss was heavily felt when New England cut the score to 20-18 with 12 seconds left. Needing to go for the two point conversion (thanks to Gostkowski’s earlier missed PAT), Brady was unable to connect with Edelman, leading to a Broncos victory.

New England’s loss doesn’t fall squarely on Gostkowski, but if he could’ve made his 524th consecutive extra point, there’s a very good chance the Patriots would be facing the Carolina Panthers in Super Bowl 50.