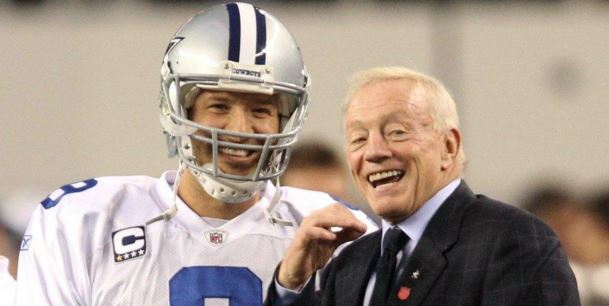 Week 10 certainly began as a disastrous one. The Packers laid an egg for the third consecutive week, I underestimated the Carolina Panthers (for the millionth time), and the Giants once again gave New England all they could handle. I was lucky to escape 2-3, as the Arizona Cardinals and Houston Texans each covered (and won outright as underdogs) in relatively easy fashion.

Piggybacking onto last week’s success, I’m sticking with the ‘dogs this week. Let’s look at five of the most exciting games on the Week 11 slate:

Tony Romo finally returns this week for the Cowboys, meaning they actually have a chance of winning a game. Losing seven in a row since their franchise quarterback went down, the combination of Brandon Weeden and Matt Cassel was as terrible as everyone expected. While Dallas is surely excited to have their offense back at full health, they are facing a rapidly improving Miami Dolphins squad. Ryan Tannehill and Co. just beat the Eagles in Philadelphia, and have played much better since interim head coach Dan Campbell took over. It will be interesting to see when Ndamukong Suh goes for a cheap shot on Romo, as it’s a matter of when, not if. Either way, the Cowboys will escape with a win to keep their remote playoff hopes alive.

The Detroit Lions are on fire! Now on a season high-tying one game win streak, Detroit is clearly unstoppable. Their defense played their best game of the year last week against Green Bay, and will have another tough task in slowing down Derek Carr and the Raiders. Oakland is coming off a dreadful game against the Minnesota Vikings, and will try to avoid dropping to 0-3 against NFC North opponents this season. This one promises to be a high scoring affair, but Matthew Stafford and Calvin Johnson at home will be too much for the Raiders to keep up with.

The Green Bay Packers (6-3) and Minnesota Vikings (7-2) are rivaling for the NFC North title while trending in opposite directions. Aaron Rodgers’ squad has lost three in a row since starting the season 6-0, whereas Adrian Peterson and the Vikings are winners of five straight. Despite the recent streaks, this will be the week the Packers get back on track. Rodgers has absolutely dominated the Vikings in his career, throwing 32 touchdowns and four interceptions in 15 games. Going 11-4 in those games, I expect the success to continue, with Rodgers leading the Packers to a much-needed victory. Carson Palmer gets the opportunity to square off against his former team on national television. After a monumental road win over the Seattle Seahawks, it’s fair to argue that no team is playing better football than the Arizona Cardinals. However, the Cincinnati Bengals are still a damn good football team. Despite their awful showing against the Houston Texans on Monday Night Football, the Bengals have too much talent to be five-point underdogs against anyone in the NFL. Tyler Eifert will not drop 73 passes (again) this week, A.J. Green will hold onto the ball as he’s being tackled, and Andy Dalton will prove the first eight weeks were the norm, not the exception. The Bengals keep this one close, but lose on a last second field goal. The Rex Ryan-Bill Belichick rivalry always makes for an intriguing storyline, but this one should be an entertaining football game as well. The 40-32 shoot-out in Week 2 won’t be replicated, as both of these defenses have improved tremendously. With the Patriots losing key offensive players Julian Edelman and Dion Lewis, they will struggle to move the ball against a stingy Buffalo defense. The Bills will be at full strength with Tyrod Taylor, LeSean McCoy and Sammy Watkins now healthy, and should give the Pats all they can handle. The only thing this game is missing is some coin toss drama – maybe Rex and Belichick can serve as their team’s captains?