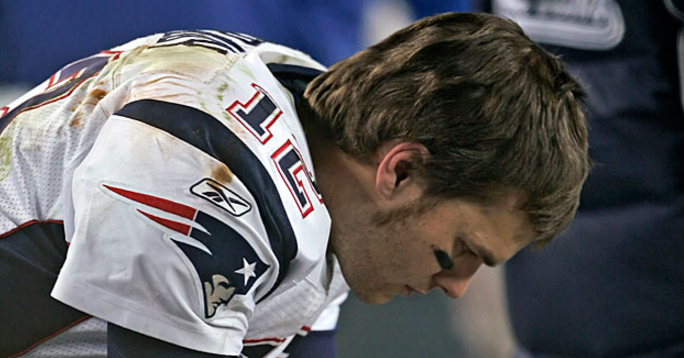 There aren’t many athletes universally loved by an organization quite like Tom Brady. After 16 seasons with New England, Brady continues to put up stellar numbers while keeping the Patriots in the Super Bowl hunt.

Despite now being 38 years old, this season proved to be no different for Brady. He threw for 4,770 yards and 36 touchdowns in the regular season, and guided New England to the AFC Championship Game.

Unfortunately for he and Patriots Nation, New England was unable to defeat Peyton Manning and the Denver Broncos to earn a trip to Super Bowl 50. Denver’s swarming defense and home-field advantage proved to be too much, resulting in a surprising exit for Brady’s squad.

The Patriots quarterback remained optimistic after the disappointing loss though, posting this handwritten note on Facebook to thank fans for their support: The Patriots were hit hard by the injury bug all season, making their AFC Championship appearance all the more impressive. With the return of offensive weapons like Dion Lewis and LeGarrette Blount next season, Brady knows New England will once again find itself in the championship hunt.

New England’s quarterback isn’t showing any signs of slowing down, and is warning teams “the road to the next one is paved by seasons like this one.” The other 31 NFL franchises should be very afraid, because there’s a very good possibility Tom Brady will be hoisting the Lombardi Trophy at Super Bowl 51.