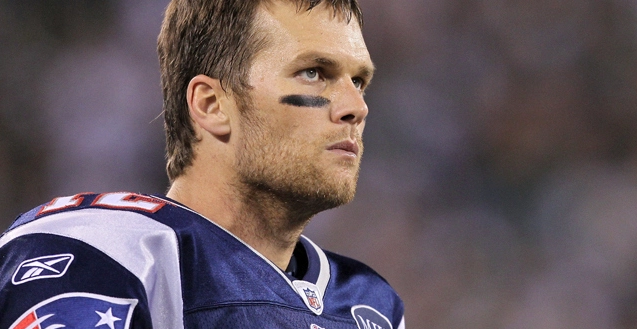 Coming off their first-round bye, the New England Patriots are poised to make another deep playoff run as they seek to defend their Super Bowl title. No other team needed a bye week as badly as the Patriots, who were decimated by injuries all season. While the extra rest will assuredly help, New England will have to overcome the hottest team in the NFL this week.

Despite playing on the road, the Kansas City Chiefs steamrolled the Houston Texans 30-0 on Saturday, extending their winning streak to 11 straight games. It sets up a matchup with New England this Saturday at Gillette Stadium, where the Pats were 7-1 this season. The last time these teams faced each other was in September 2014, which resulted in a 41-14 blowout win for the Chiefs.

When asked about his opponent this weekend in a radio interview, Brady said it’s no surprise that Kansas City has found success, adding that he “sees a winning formula” in the streak. He also acknowledged that the Chiefs “force you into a lot of bad football,” which is extremely high praise coming from arguably the best quarterback of all time.

Because it’s very rare for Patriots players to speak openly about other teams, one has to wonder what Brady was trying to accomplish with his comments. His legendary head coach, Bill Belichick, even acknowledged that there’s “no great example” of how to beat this team on film. Considering the success they’ve had under Belichick, it’s a little ironic that New England would be so complimentary about their playoff opponent.

With receiver Julian Edelman returning this week, the Patriots will have to be creative if they want to end the Chiefs’ streak and continue their run at a second consecutive Lombardi Trophy. Fortunately for New England, the Belichick-Brady combination has a 21-8 record in the playoffs – the best win percentage in NFL History.

As they seek their fifth Super Bowl ring, it seems foolish to bet against the Pats this time of year, regardless of who their opponent is.