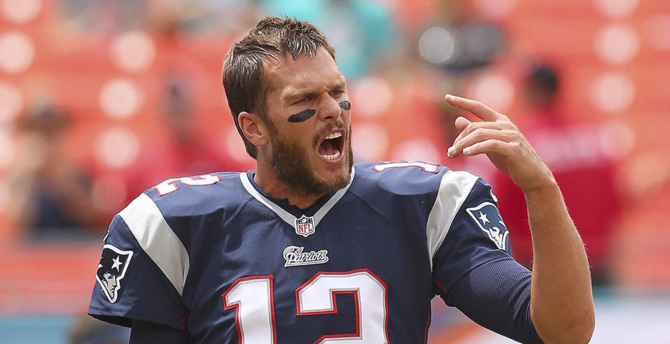 The Patriots offense is not immortal.

It’s safe to say no other NFL quarterbacks are salivating over Brady’s opportunity to play alongside Brandon LaFell, James White, Scott Chandler, Matthew Slater and Keshawn Martin. But now in his 16th season, we should know by now that for Tom Brady, it doesn’t matter who he is throwing the ball to.

Currently sitting at 10-0, the Patriots travel to Denver to take on an incredibly tough Broncos squad. After facing another physical defense in the Buffalo Bills last week, New England looked vulnerable. Rex Ryan dialed up plenty of pressure, and Brady looked less than comfortable en route to a 20-for-39 passing performance.

The key to slowing down Brady has always been to get pressure on him, and that is surely what Broncos defensive coordinator Wade Phillips will aim to do. However, I say the words ‘slowing down’ for a reason. Brady will pick any defense apart, no matter how many different looks you give him.

With Denver’s ball-hawking secondary, Brady’s pinpoint passing will be on full display. He’ll nickel-and-dime them with underneath routes, and right when the defense thinks they have him figured out, he’ll burn Denver with a pass over the top to Gronkowski or LaFell.

As the other 31 starting quarterbacks in the NFL tune in to watch Brady and the Patriots improve to 11-0 on the season, there will be a split second where they wish they had Brandon LaFell or Keshawn Martin on their team.

That’s how good Tom Brady is.