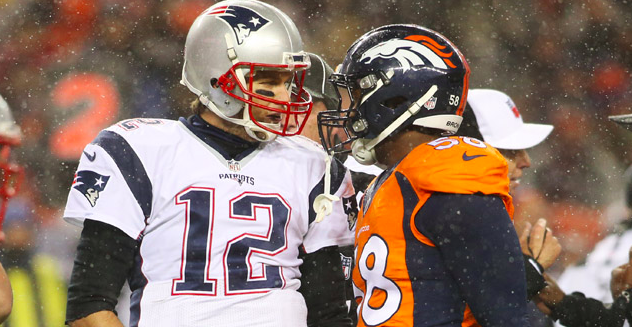 When the New England Patriots lost to the Denver Broncos in the AFC Championship Game, quarterback Tom Brady had no interest in discussing the loss. But two months later, social media suggests the 4-time Super Bowl Champion is ready to put the disappointing defeat behind him. Brady is of course referring to Von Miller’s dominant performance that earned Denver a Super Bowl 50 berth. Miller picked off a Brady pass and sacked the future Hall of Famer twice in the Broncos’ 20-18 victory. All in good fun, the exchange between the two superstars serves as a nice reminder that the NFL’s best players have immense respect for one another.

Miller and the Broncos may have gotten the last laugh for the 2015 season, but if history is any indication, don’t expect Brady and the Patriots to be on the losing side of things for long.