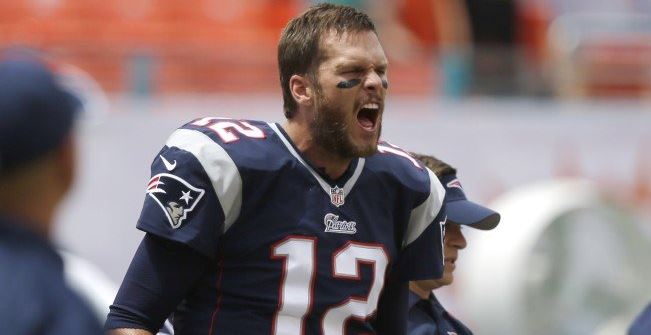 After suffering their first loss of the season, Tom Brady is not a happy man. While it certainly isn’t the first disappointing loss of the future Hall of Famer’s career, Brady was quick to point out that this one stung more than usual.

Stating “I don’t think I’ve ever been so pissed off after a loss,” it’s clear Brady expected perfection this season. Unfortunately, for the 16th time in his career, Brady was reminded why no team has ever finished 19-0.

While the Carolina Panthers still have an opportunity to be the first ever to accomplish this feat, New England’s 30-24 overtime loss to the Denver Broncos eliminated their chance. Holding a 21-7 lead in the fourth quarter, the Patriots appeared to be well on their way to 11-0.

However, the last 15 minutes of the game were an absolute nightmare for New England. Brock Osweiler marched the Broncos down the field for three scoring drives, Rob Gronkowski was carted off with what appeared to be a season-ending knee injury, and the referees called some questionable penalties on the Patriots.

All of this resulted in a Denver win, hopes of a perfect Patriots season ruined, and a seething Tom Brady. While Brady certainly didn’t hide his anger following the game, he was quick to look on the bright side, saying, “hopefully we can use it as motivation going forward.”

After a 10-0 start, Brady’s tumultuous offseason seemed to be providing all of the motivation the Patriots needed. The Patriots won’t finish this season 19-0, but the added anger from this week’s defeat makes a Super Bowl run seem inevitable.

That only means one thing – the next time we see Tom Brady smiling will be when he is hoisting the Lombardi Trophy.