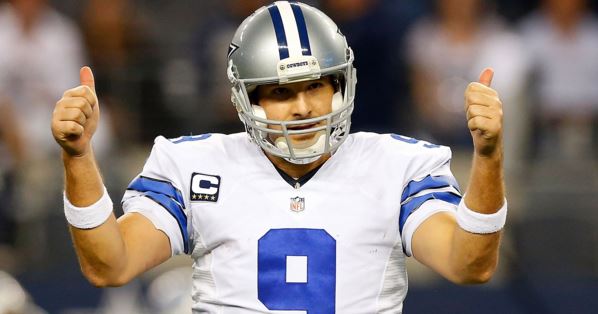 The Dallas Cowboys are back.

After missing seven games, Tony Romo returned to the field to help give his team their third victory of the season. While the defense played tremendously in containing the Miami Dolphins to 14 points, this one was all about the offense.

Despite showing some rust with two interceptions on the day, Romo looked like the same quarterback we have grown accustomed to. The incredible footwork and improvisational ability to avoid sacks was on full display, as Romo carved up the Miami Dolphins defense.

Although he only threw for 227 yards, Romo’s impact was crucial in the Cowboys’ ability to run the ball. With defenses no longer able to put eight in the box like they did during the Brandon Weeden-Matt Cassel days, Darren McFadden was able to go off for 129 yards on 29 carries. It was reminiscent of last season’s rushing attack with DeMarco Murray, as Romo managed the game and helped the Cowboys hold possession for 39 of the 60 minutes.

The game served as a strong reminder that had Romo stayed healthy for the entire season, Dallas would be a legitimate threat to take home their first Lombardi Trophy since the days of Troy Aikman. But currently sitting at 3-7, preseason Super Bowl aspirations now seem highly unlikely.

Currently two games back in the NFC East, their only hope is for the New York Giants to crumble in the month of December.

Or in other words, Dallas needs the Giants to ‘pull a Tony Romo.’