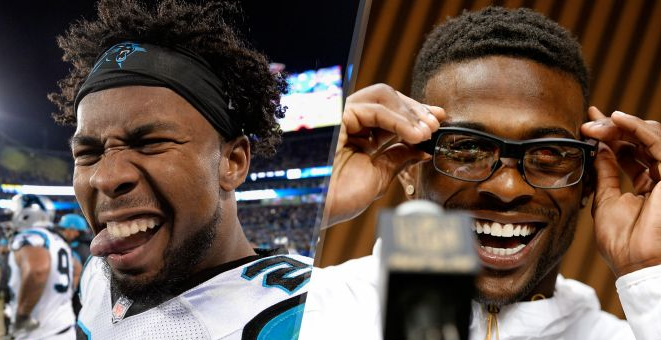 To no one’s surprise, the trash-talking between the Carolina Panthers and Denver Broncos has cornerback Josh Norman right in the thick of it.

While the two teams have remained rather cordial leading up to the game, it all changed when Emmanuel Sanders was asked about the Panthers’ outspoken cornerback. Sanders said Norman “talked his way into the media” and referred to him simply as a media creation.

Norman didn’t take too kindly to Sanders’ words and responded saying, “I think you’d have to be pretty darn good at what you do to talk your way into the spotlight. I haven’t been hearing much about him. Obviously he may want to go back and go practice some more.”

The war of words adds a nice element to Super Bowl 50 with two of the best at their respective positions questioning each other’s ability. Sanders had a bit of a down year after a career-high 1,404 yards in his first season with the Broncos, while Norman has had a breakout year.

The 4-year veteran from Coastal Carolina University has a legitimate case for Defensive Player of the Year honors after allowing a league-low 54.0 quarterback rating when passes came his way. With 4 interceptions through the first four games of the season, opposing quarterbacks essentially elected to stop throwing in his direction for the rest of the season.

Having launched himself into the discussion of the game’s best corner among the likes of Darrelle Revis, Richard Sherman and Chris Harris Jr., Norman has proven to be more than “a media creation.”

While it’s still unclear whether he will shadow Demaryius Thomas all game or if he will get a chance to line up against Sanders, we should all be rooting for the latter.