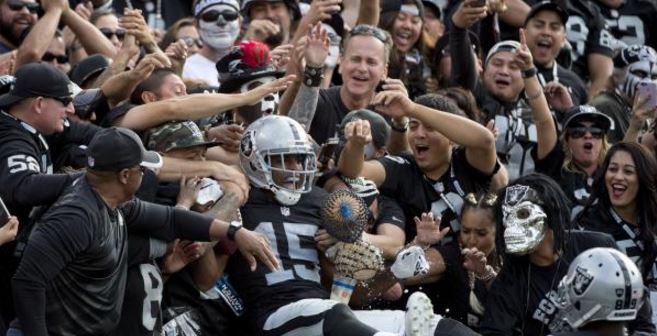 The Raiders have signed a lease agreement for the 2016 NFL season and will officially be playing in… Oakland, California.

After months of speculation ranging from Los Angeles to Las Vegas to San Antonio, the Raiders will continue to play their games at the O.co Coliseum next season. In addition to the 2016 season, the lease agreement also gives the Raiders the option to play there in 2017 and 2018 as well.

Team owner Mark Davis appeared happy with the deal, and said, “My heart is here in Oakland, and if we can get something done, that’s what we’re going to do.”

Davis has not hidden his desire to remain in Oakland, but the city’s inability to provide a new venue has drawn the ire of the Raiders’ owner. The Raiders were one of three finalists in the “move to Los Angeles” sweepstakes, but ultimately lost to the Rams and Chargers.

If the Chargers choose not to exercise their option to move to Los Angeles within the next year, the Raiders could then relocate to join the Rams in 2017. While they would be forced to share a stadium with Stan Kroenke’s club, Davis has made it clear that he would prefer the new Inglewood venue over O.co Coliseum.

In a perfect world for the Raiders, the threat of leaving Oakland would be enough of an incentive for the city to get together and create a plan for a new stadium. But if recent history is any indication, the Raiders will be looking for a new home when the 2016 NFL season comes to an end.