The aging USC Trojan has seen better days. A banged up 2016 led to one of the weaker seasons in Palmer’s successful Arizona tenure. The Cards offense couldn’t live up to lofty expectations after making it all the way to the NFC Championship game the year prior. Fellow veteran teammate Larry Fitzgerald has already proven his playoff merit with a number of big postseason performances.

Palmer hasn’t made quite as significant of an impact in a playoff run. At 37 years old, he doesn’t have a whole lot of chances left. Palmer has to take the Cardinals to the playoffs and play well if he wants to put his name up there with the great quarterbacks of this millennium. The Super Bowl could have been a lot different if Atlanta’s top cornerback were healthy. Trufant was forced to miss the Falcons’ playoff run after getting injured during the regular season. The Falcons weren’t discouraged by Trufant’s shoulder though, as they rewarded their star defensive back with a 5-year/$68 million deal this past offseason. He should be ready to go by the start of the season, and will have a tough mountain to climb in terms of validating that contract. Perriman fits into that category of 2015 draftees that haven’t yet broken through. He’s a scary athlete — possesing sprinter-like speed with a 6’2”, 215-pound frame. An offseason injury forced him to postpone his rookie season for a year. Making his debut in 2016, Perriman hauled in a respectable 33 receptions for 499 yards in 16 games of action. Appearing in every game during the season was an accomplishment in and of itself. Now we want to see the full skill-set that made Perriman a first-round pick. Odell Beckham Jr. just capped off his third consecutive 1,300-yard Pro Bowl season. Mike Evans finished 2016 with the most targets in the league, hauling in 12 touchdowns for 1,321 yards. Jarvis Landry – along with Beckham – set the record for most receptions (288) in a player’s first three seasons. What do all three of these guys have in common? They’re all receivers that were drafted after Watkins. The Bills’ No. 1 option needs to stay healthy this year if he wants a payday. Buffalo has shown minimal faith, declining to pick up Watkins’ fifth-year option earlier in the offseason. 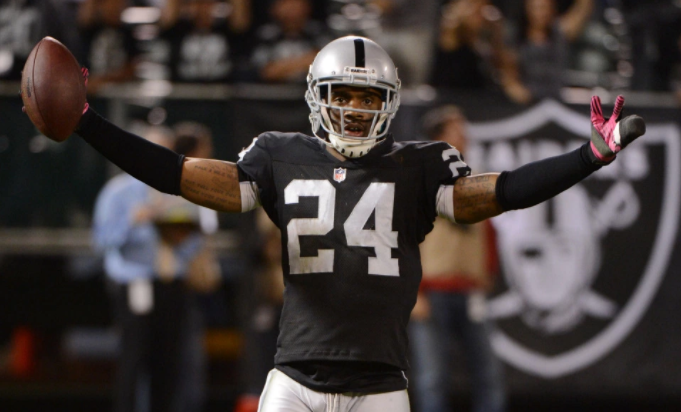