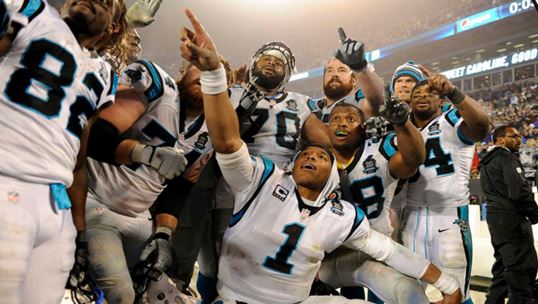 The NFL owners have voted, and have officially selected the locations for Super Bowls through the year 2021. While Houston and Minneapolis were already set to host in 2017 and 2018, the owners chose Atlanta, South Florida and Los Angeles as the sites for Super Bowls LIII, LIV and LV.

The decision for Atlanta to host is far from surprising, as owners have never hidden their affinity to select locations where a new stadium was recently constructed. The Falcons are in the process of building the Mercedes-Benz Stadium – a $1.4 billion project expected to be completed next summer.

Dallas Cowboys owner Jerry Jones seemed particularly excited about Atlanta hosting Super Bowl LIII, saying, “Atlanta has been so supportive of not just the Falcons, but the NFL. They are deserving of having this Super Bowl. Obviously it’s a great stadium; a state-of-the-art stadium. But it’s the entire aggregation with what’s happened with the College Hall of Fame, and that whole picture down there is just something that not only Atlanta is proud of, but I’m proud of. It was a big deal to this ownership for Atlanta to have this Super Bowl.”

Plenty of fans are excited for 2019, but it was the decision to have Los Angeles host Super Bowl LV that really has everyone fired up. The city hasn’t hosted a Super Bowl since 1993, and is thrilled at the opportunity to showcase their $2.6 billion stadium on the NFL’s biggest stage.

The Inglewood stadium is expected to be completed in 2019, and as Rams owner Stan Kroenke pointed out, waiting until 2021 to host gives the team plenty of time to work out any kinks.

It’s a joyous day for the Houston Texans, Minnesota Vikings, Atlanta Falcons, Miami Dolphins and Los Angeles Rams, but history is not on their side. In 50 years, only twice have the Super Bowl hosts actually played in the game.

Whether it’s a curse or not remains to be seen, but as of now, today is a day of celebration for all five NFL franchises.