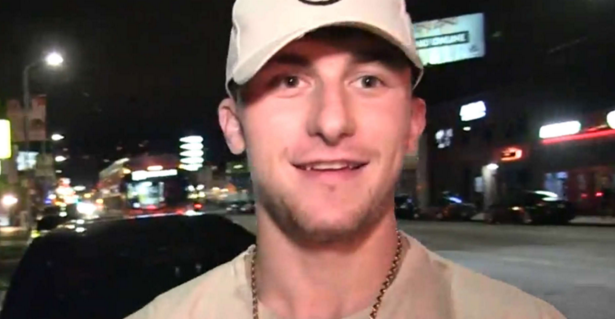 When TMZ tracked down Johnny Manziel in West Hollywood, CA this past weekend, the former Cleveland Browns quarterback declared he was living with Super Bowl 50 MVP, Von Miller. However, Miller responded to this with a funny, yet revealing Instagram post: Miller and Manziel both attended Texas A&M University, and have both been vocal about their close-knit friendship. And while that’s all good and fun, many have found it strange that Manziel would blatantly lie about who he is currently living with.

Reports are now surfacing that Manziel is living with another troubled player who has donned a Cleveland Browns jersey for his entire career – wide receiver Josh Gordon. The former Baylor star was suspended for the entire 2015 season due to multiple failed drug tests, and seems like a nightmare person for Manziel to be spending his time with.

As Gordon aims to be reinstated by the NFL in 2016, a new roadblock appears to already be standing in his way. Fox Sports reported that a drug test administered to Gordon last month revealed illegally high levels of marijuana and dilute in his system. While no ruling has been made, it suddenly seems extremely unlikely that Gordon will compete in 2016.

Gordon has already denied this story, having this to say on Twitter:

No matter what the case may be, Manziel’s current choices don’t seem to be helping the free agent find a new NFL home. Manziel told TMZ he had gone out in West Hollywood five or six nights in a row, and continues to believe his partying isn’t viewed as an issue.

As he remains a free agent, we’ll see how long he maintains that belief.