The Browns entered the 2017 NFL Draft in dire need of a quarterback. In other news, the sky is blue. Holding the first pick in the draft, Cleveland opted to take edge rusher Myles Garrett. After two more first round picks (safety Jabrill Peppers and tight end David Njoku) the Browns were afforded the opportunity to select a highly-touted prospect with the 52nd overall selection. It ended up being Notre Dame QB DeShone Kizer. Cleveland supporters instantly rejoiced in getting a talented player this late in the draft. The 6’4” 230-pound athlete with a cannon for an arm was expected to be the savior for the team. He’d potentially be the last name (no pun intended) on the infamous Browns QB jersey. However, after five weeks of regular season football, it seems as if the experiment has come to an abrupt end.

Cleveland has announced Kevin Hogan as its Week 6 starter against the Houston Texans. Hogan will be recording his first start of the year following an impressive performance in spot-duty against the Jets last week. Twice has Hogan briefly replaced Kizer after the rookie picked up an injury. Kizer was benched last week after accruing just 87 passing yards. The Browns also failed to score a point in the first half.

It’s certainly telling that the Browns were so quick to send the 21-year old rookie to the bench. Head coach Hue Jackson is an abysmal 1-20 since taking over for the Browns, so losing isn’t exactly new to him. Riding with the rookie Kizer throughout the year seemed like the logical move, as growing pains were completely expected. Though he has considerable potential, Kizer was a sporadic collegiate passer. He completed just over 60-percent of his passes during his tenure in South Bend. He had 19 interceptions in his two seasons, and never threw for over 3,000 yards.

Through five games in his NFL career, Kizer has a 3:9 TD/INT ratio, and is sporting a 50-percent completion percentage. His 49.5 QB rating is by far the worst in the league — and would be lower than the career numbers of JaMarcus Russell (65.2), Ryan Leaf (50.0), and former Browns first overall pick Tim Couch (75.1).

Kizer’s benching reassures NFL followers that Cleveland is indeed the worst-run franchise in the league. Browns fans keep themselves up at night watching highlights of Mitch Trubisky and Deshaun Watson putting up good-to-gaudy numbers. It also shouldn’t be forgotten that the Browns traded the 2nd overall pick last season — which ended up being early-season MVP candidate Carson Wentz.

It’s another blunder in Cleveland’s long list of them. Just months after the Cavaliers were demolished in the Finals, and days after the Indians blew a two-game series lead against the Yankees, the Land has seen better days. 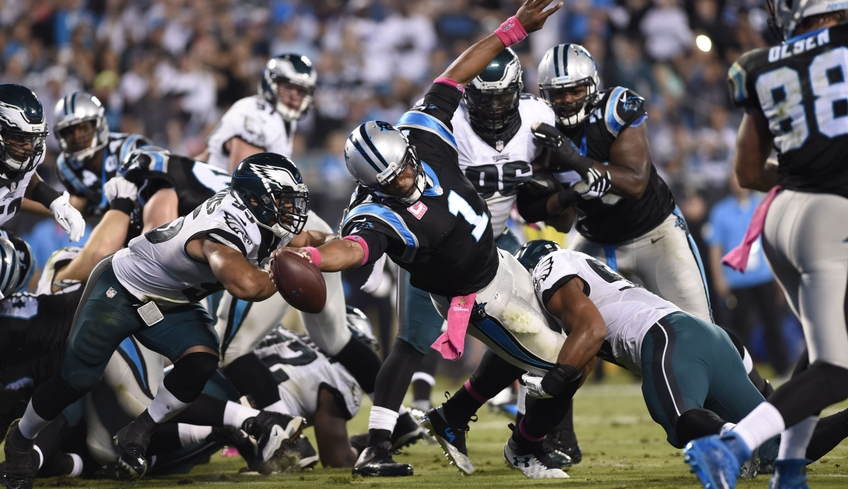 The NFL Actually Did Something Right? Thursday Night Football Is FINALLY Watchable