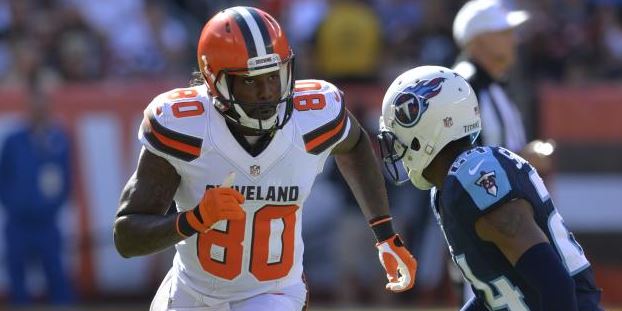 The Cleveland Browns’ ineptitude has seemingly known no bounds these past few years. For a franchise that hasn’t made the postseason since 2002 and continues to make one idiotic decision after the next, Cleveland may have reached a new low last offseason.

In one of the biggest head-scratchers of free agency, the Browns inked wide receiver Dwayne Bowe to a two-year, $12.5 million contract. For a guy who was coming off a season with the Kansas City Chiefs in which he had 60 catches, 754 yards and 0 touchdowns, the move made very little sense. But as if that wasn’t bad enough, the Browns handed Bowe a contract that included $9 million in guaranteed money.

To the surprise of virtually no one, Bowe’s stint in Cleveland was disastrous. He was only in uniform for seven of the team’s 16 games and never cracked the starting lineup. In total, he had 5 receptions for 53 yards in the 2015 season.

With new head coach Hue Jackson now in charge and overhauling Cleveland’s roster, Bowe and his guaranteed $9 million were unsurprisingly released from the team. Likely to draw little to no interest from the other 31 teams, Bowe may have played his last down in the National Football League.

However, he should fondly remember all five of his catches with the Browns. After all, each one was worth an astounding $1.8 million.