There are moments occurring in every millisecond of every day that will ultimately shape the future. Their effects are often times unknown until years — even decades — after the fact. This sentiment holds incredibly true in sports. A single play or decision can completely alter the future outlook of a player or franchise.

Super Bowl LII will showcase what many believe to be the two best teams in football. Countless moments (big and little) have brought them to where they are. Here are the 8 most-significant ones: In one of the weirdest events in NFL history, Belichick was the head coach of the New York Jets for one day. The team had a deal in place for Belichick to succeed mentor Bill Parcells (when the latter decided to call it quits). Parcells stepped down in 1999, and a press conference was called to usher in Belichick as the new coach.

However, Belichick had different plans. He used the press conference to announce his resignation. A few days later, Belichick was introduced as the head coach of the New England Patriots.

The Jets received a first-round pick as compensation, but the five Super Bowl rings Belichick has delivered to New England certainly left the New York franchise on the losing end. Owner Robert Kraft granted Belichick almost complete control of football operations upon being named head coach. Belichick has always been savvy in terms of team building — but no move was more significant than selecting a future Hall of Famer in the sixth round of the 2000 NFL Draft.

Brady sat for the entirety of his rookie season, but was sprung into the lineup during his sophomore campaign after starting quarterback Drew Bledsoe went down with an injury. The Patriots haven’t experienced a single losing season since 2000.

In 2011, the Philadelphia Eagles entered the season as legitimate title contenders. The additions of Nnamdi Asomugha, Jason Babin and Dominique Rodgers-Cromartie were meant to take the team over the top.

It didn’t turn out entirely as planned. Philly sputtered to an 8-8 record — falling short of Vince Young’s “Dream Team” moniker.

The season was looked at as a failure, but the Eagles continue to reap the benefits of the ensuing draft class. Philly’s first three picks that year were Fletcher Cox, Mychal Kendricks, and Vinny Curry — each of which has a prominent role on their current defensive outfit. After being selected by the Eagles in 2012, Foles enjoyed a fairly successful tenure with the team. His sophomore year remains the best season of his career. Foles threw for 27 touchdowns to just two interceptions under former head coach Chip Kelly.

He battled injuries and played in just eight games the following year. The Eagles decided to move in a different direction, and thus traded Foles for former first overall pick Sam Bradford.

Foles’ time with the Rams was forgettable. He went 4-7 in his 11 appearances, and threw more interceptions than touchdowns. During a now famous moment during HBO’s Hard Knocks, then-coach Jeff Fisher phoned Foles to let him know he had been cut from the team.

Although it signaled the end of Foles’ career as a full-time starter, he possessed value as a quality backup. He latched on with the Chiefs for a season before returning to Philadelphia this year. Few backups (if any at all) could have filled in as well as Foles has.

When Philly’s MVP candidate and franchise quarterback went down in Week 14, the season was supposed to be over. The Eagles clearly never received that memo.

Philadelphia’s defense has played out of their minds since their signal caller went down — allowing just 12.4 points per game over their last 4 contests.

On offense, the Eagles have relied heavily on RB Jay Ajayi with Wentz sidelined. The former Dolphins’ star has accrued 359 yards from scrimmage over his last four appearances.

Injuries are never a good thing, but the Eagles have responded valiantly.

In the marquee match-up of the entire regular season, the Patriots narrowly defeated the Steelers in Pittsburgh by the score of 27-24. Pittsburgh had a chance to win the game on the final drive, but Jesse James’s potential game-winning touchdown was ruled incomplete after a booth review.

If James’s touchdown is ruled a catch, the entire AFC Playoff landscape would have looked different. The Patriots would have played Jacksonville a round earlier, and then would’ve traveled to Pittsburgh for the AFC Championship game.

Instead, the Patriots essentially locked up the conference during this Week 15 clash. As a result, the AFC road to the Super Bowl (once again) ran through Foxboro.

Nobody gave Philadelphia a chance in the playoffs. The 6-seed Falcons actually opened as favorites over the Eagles — which marked the first time a 1-seed has ever been an underdog in their first game. What oddsmakers didn’t understand was that the entire city of Philadelphia relishes in accepting the underdog role.

The Eagles held a late lead in a defensive battle. With 2016 NFL MVP Matt Ryan driving down the field in the closing seconds, it seemed as if Vegas had bet on the right horse. However, the Eagles defense never let up. It ultimately stopped one of the league’s best offenses on four-consecutive plays at the goal line.

The 15-10 victory wasn’t pretty, but the Eagles showed their fight in that win.

Was there any doubt when the ball left Brady’s hands?

The Patriots had scored 10 points the entire game up until then. Brady had gotten sacked two plays earlier. Jacksonville had captured the momentum after Myles Jack made the play of the year. Rob Gronkowski was out for the game. Brady was facing the best defense he’s seen all season.

And somehow, the iconic signal-caller did it again.

A 21-yard dart to Danny Amendola helped to jump-start New England’s furious comeback victory over the Jaguars. With one’s back up against the wall, there’s nobody in history better than Brady. He has proven time after time that he can deliver regardless of the situation. The future Hall of Famer continues to impress — even at 40 years old.

Each of these eight moments has played a pivotal role in shaping Super Bowl LII. We can be sure the ninth and final moment will be one of these two teams hoisting the Lombardi Trophy on February 5th. 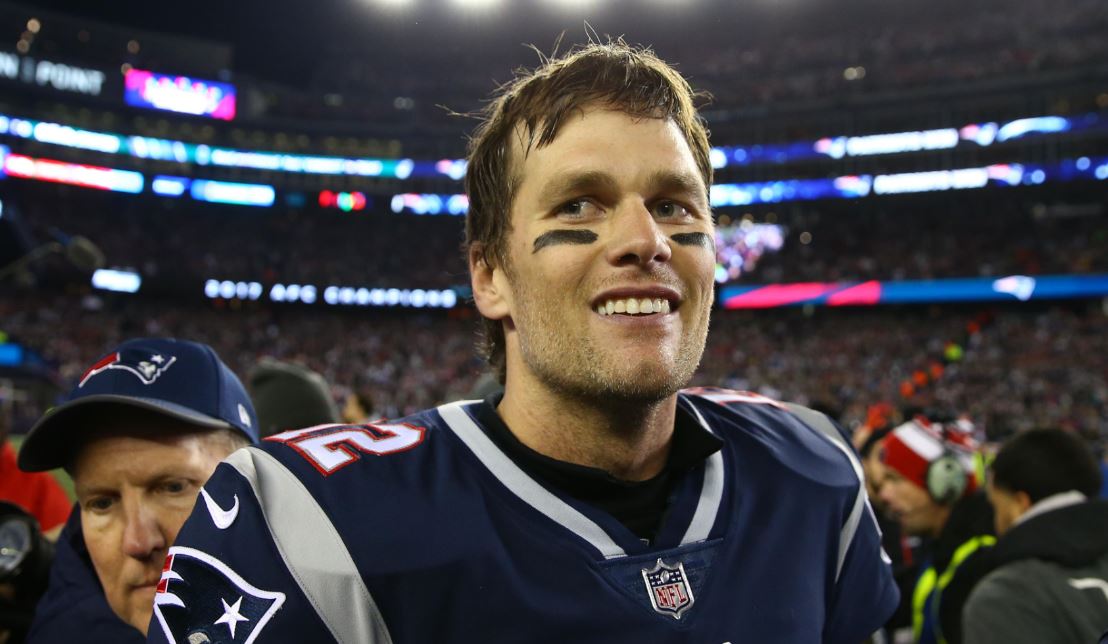 RANKED: Every SB LII Starter From Worst To Best