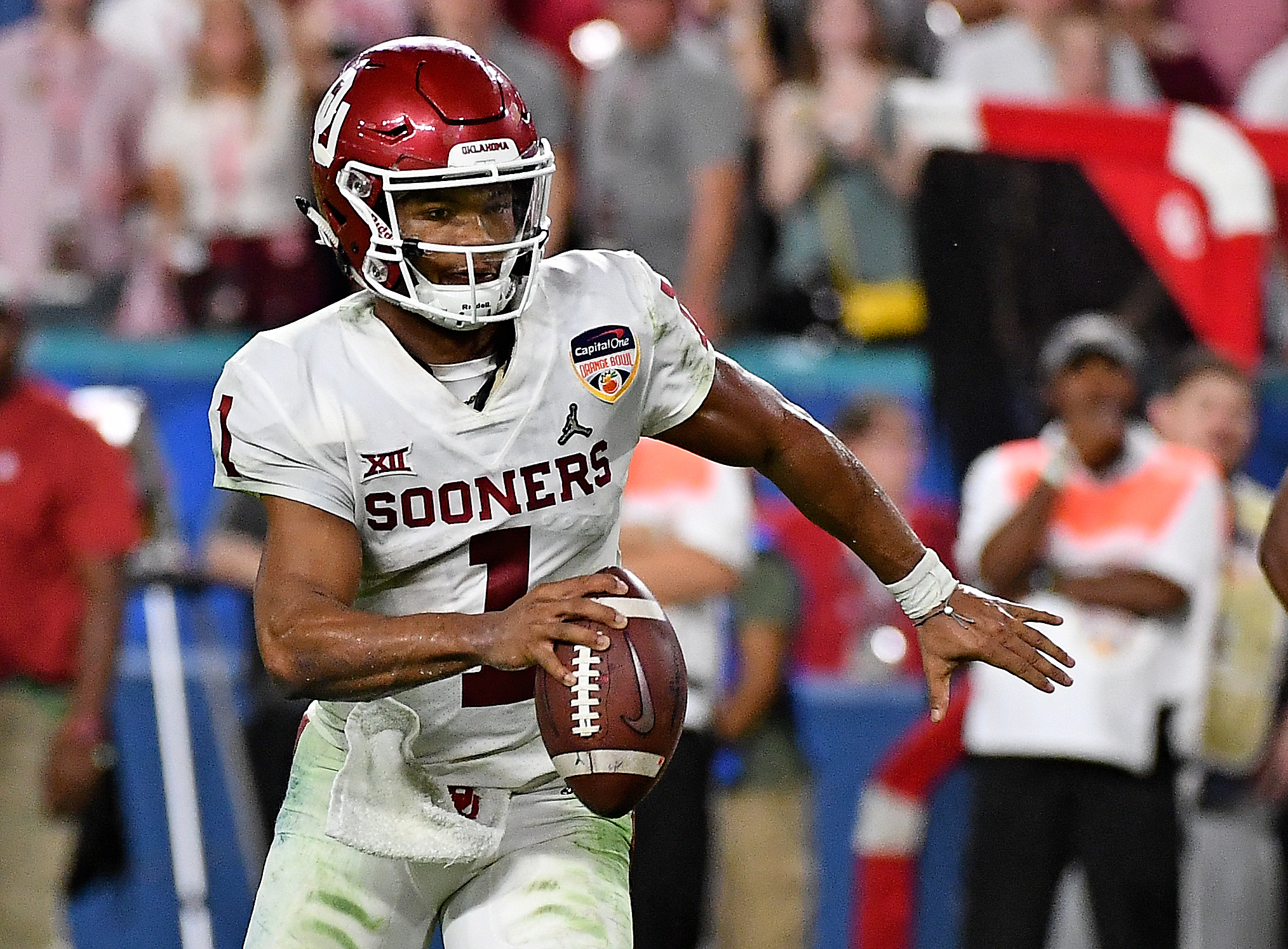 NFL teams flip-flop on their expectations for first round quarterbacks on a year-to-year basis. There was a time not all that long ago that it would be taboo to start a rookie hurler.

Typically, teams selecting towards the top of the draft have needs at multiple positions. Throwing a young QB into a bad situation could be detrimental to his long-term growth.

Additionally, learning under a veteran for a couple of years could prove beneficial, as the young passer could pick up a few tips while bettering his body and tools.

Those ideals were thrown out of the window by guys like Andrew Luck, Russell Wilson, and Deshaun Watson who all enjoyed impressive rookie years.

The Chiefs brought back the idea of stashing a signal-caller behind a quality veteran, and it turned out pretty well for Patrick Mahomes.

The Patriots, Steelers, Chargers, Packers, Saints, and Giants all enter the new season with their perceived 2019 starter in tow, but each could be on the market for a young backup. The Giants seem the most likely option to take a QB at No. 6, but the Patriots and Saints could almost certainly make a move to select Brady’s and Brees’ eventual successors.

Zero RB’s are taken in Round 1

Since 1963, only twice has a first round been completed without a single running back being taken. The instances occurred in back-to-back seasons (’13 and ’14), and each class had a historically bad pool of backs outside of a handful of stars:

I believe the 2019 class to be better than either of those classes from top-to-bottom (obviously, none of the available players are better than Bell, but the class as a whole is far deeper than the ’14 class). Alabama’s Josh Jacobs could get some looks at the tail-end of the first round, and Penn State’s Miles Sanders is picking up steam, but teams are too smart now. GM’s know there will be a treasure trove of talented rushers in the middle rounds.

Workout juggernaut D.K. Metcalf is not the first WR taken

Death, taxes, and an underwhelming collegiate receiver flying up draft boards after an impressive combine performance. Metcalf was the star of the NFL Combine due to his superhero physique and freakish 40-time (4.33). But how many times are we going to go over this? Darrius Heyward-Bey, Troy Williamson, Stephen Hill, Matt Jones, the list goes on and on. Combine numbers will never replace on-field production, and Metcalf wasn’t all too productive in 21 games at Ole Miss.

Metcalf’s college teammate, A.J. Brown is coming off consecutive 1,000-plus yard seasons. Marquise “Hollywood” Brown is even faster than Metcalf and hauled in 17 touchdowns in 25 career games. South Carolina wideout Deebo Samuel has even risen up boards following an 11-touchdown campaign as a senior.

I think a team will talk themselves into somebody other than Metcalf in the middle of the first round hoping the workout warrior fizzles out after a strong showing at the combine.

The Ryan Tannehill experiment is over in Miami, as the long-time Dolphins QB was jettisoned to Tennessee this past offseason. With Ryan Fitzpatrick set to start the season for Miami, it’s likely new head coach Brian Flores looks for a young signal-caller to learn under the Harvard grad.

The Jets already have a quarterback, and hold the No. 3 pick in a defensive top-heavy first round. Offensive line is the biggest area of concern for a Jets team that needs Sam Darnold and newly-signed Le’Veon Bell to flourish. New York would still be able to snag one of the top tackles on the board with the No. 13 pick.

Dolphins would get their QB, and the Jets would accumulate a few extra picks from their division rival and continue building their budding roster.

Sources: #Raiders coach Jon Gruden and GM Mike Mayock sent their scouts home for the weekend and they are not expected to return by draft time. The belief is they don’t know who to trust and wanted to clear the room.

Nobody is quite sure what to make of this. Many believe it gives a peak at the lunacy running rampant through Oakland’s regime. Others — such as Mayock’s daughter, Leigh — didn’t think much of the decision and account it to Mike’s obsession with secrecy:

May I remind you he took his draft binder TO THE BATHROOM > leaving it with his own blood. (🙋🏼‍♀️) — don’t take it personal scouties. https://t.co/vw6pF7ItAE

I fall somewhere in the middle. Mayock not trusting any of his scouts isn’t a good sign, but a move like this isn’t unprecedented in the NFL. If you believe the rumors about Oakland making a potential trade to move up for Kyler Murray, this story becomes a bit juicier. But I think Mayock is just trying to play it safe here and keep his cards close to the vest.

Oakland’s defense was an embarrassment last year, ranking last in sacks by a wide margin. They were awful even when Khalil Mack was on the team. In 2017, it took them 12 weeks to record an interception. In a division which features Patrick Mahomes and Philip Rivers, that’s not going to cut it.

Acquiring Antonio Brown, Tyrell Williams, and Isaiah Crowell this offseason shored up the offense, allowing Oakland to focus on a porous defense with its bevy of early picks.

Dwayne Haskins falls out of the top-10

The teams holding top-10 picks in this year’s draft are far better off at the QB position than in years past. Arizona, of course, could be in play for Kyler Murray, but after that it’s difficult to find a team in dire need of a passer. The 49ers have Garoppolo, the Jets just took Sam Darnold, Oakland seems to be content with Derek Carr, the Bucs appear to be giving Jameis Winston another shot, Eli Manning is apparently not going anywhere, the Jaguars signed Nick Foles, the Lions have Matthew Stafford and his monstrous contract, the Bills aren’t likely to move off Josh Allen just yet, and the Broncos pegged Joe Flacco as their 2019 starter.

Any of those teams could switch their direction in an instant, but there isn’t a whole lot of need for QB’s between those teams. Additionally, the threat of a guy like Drew Lock exists as the potential second QB taken off the board.

Haskins is a polished passer who threw for 4,831 yards last year. While Haskins has good-to-great arm talent, he’s not a plus athlete and there isn’t a whole lot of film on the one-year starter. I could see him falling just out of the top-10 to a team like Cincinnati or Miami.

Kyler Murray is the No. 1 selection

At this point in the process, Murray’s status as the eventual No. 1 pick should be accepted as fact. Even if the Cardinals don’t end up pulling the trigger, there’s no doubt a handful of teams would be willing to send a king’s ransom Arizona’s way to afford the opportunity to select the Oklahoma QB.

As soon as Murray walks up to the podium, shakes Roger Goodell’s hand, and holds up whichever team’s jersey who made him the first pick in the NFL Draft, the decision to opt for profession football over baseball will be clearer than ever.