With another season in the books, every NFL team is in search of the next puzzle piece to fulfill their Super Bowl aspirations for next year. With a few days of free agency in the books, here are six teams who’ve significantly increased their chances of making a deep run in the postseason next year. Only one move was needed to move the needle for the defending NFC North Champions. With all three of their signal callers from a year ago set to hit free agency, the Vikings figured they’d look elsewhere to fill their quarterback vacancy.

After Washington traded for Alex Smith, it was understood that Cousins would have a new home in 2018. The pairing appears ideal on paper. Cousins is a better pure thrower than any of the other available options (save for maybe Sam Bradford, who comes with his own warts).

Although the guaranteed money is a lot ($84 million), the Vikings made a smart investment giving him only three years. Their window as a contender roughly coincides with those terms. The move puts them in place to contend in the NFC through the remainder of Cousins’ contract. Kyle Shanahan and Jimmy Garoppolo proved what they can do together with limited talent. Now that San Francisco has secured a few big names, the NFL can start to worry about the 49ers.

Richard Sherman was the huge deal, as the longtime member of the Seahawks jumped ship to Seattle’s NFC West rival. The 29-year-old corner is coming off of Achilles surgery — an injury that has proved detrimental to players’ careers in the past. However, Sherman appears to be healthy heading into the 2018 season. At the very least, Sherman injects a stream of experience and confidence into the young team.

McKinnon will be Shanahan’s Swiss-army knife. The scat back formerly of Minnesota is shifty in the open field, and possesses great hands. He’ll be used heavily in passing situations, and likely to spell whichever running back the 49ers choose to draft.

Richburg likely slots in as the team’s starting center. San Francisco traded away Daniel Kilgore early Thursday — thus opening up a spot on the line. The former second-round pick made 50 starts for the Giants in four seasons.

Shanhan is now equipped with some weapons to work with. As such, the 49ers appear to be a team on the rise. Typically quiet on the free agent front during the offseason, the Packers entered 2018 knowing they had to make some sort of splash this year. They did just that by signing the best tight end on the market.

Graham is a perfect fit on this team. He’s already virtually unstoppable in the red zone, and Aaron Rodgers’ greatness will elevate the former Miami basketball player to new heights. Green Bay needed some sort of jolt, and Graham provides them with that.

Although Graham fills a need, edge rusher was the most pressing hole on Green Bay’s team. The Packers lack legit pass rushers — which is why they opted to sign Muhammad Wilkerson. He’s not the same player that tallied 12.0 sacks in 2015, but he’s somebody you have to account for (and he came at a low price).

The Kizer trade signals a likely end to Brett Hundley’s tenure in Green Bay. It’s not incredibly noteworthy, but Kizer certainly had some moments last year. To put it plainly, seeing Kizer on the field is a bad sign if you’re a Packer fan. Talib and Peters create the most opportunistic (and brash) cornerback tandem in the league. These two take everything away from the offense — from footballs to chains.

The duo has combined for 173 defended passes and a ridiculous 53 interceptions over their careers. Both are ball hawks that can read quarterbacks, make plays with the ball in the air, and turn it around the other way for six. Coupling this duo with an already dominant pass rush is a recipe for success in Tinseltown. Looking to make a return to the playoffs, Tennessee addressed their two biggest needs on both sides of the ball.

The Titans opted to part ways with DeMarco Murray in favor of giving Alabama product Derrick Henry the full work load in the backfield. Lewis serves as a far more compatible complement to Henry, as the former Patriot is a gifted route-runner and pass-catcher out of the backfield.

In the secondary, Tennessee added a former Super Bowl hero in Butler to their cornerback group. Although he registered exactly zero snaps in New England’s Super Bowl loss a month ago, Butler remains a Pro Bowl talent with the ability to shade the opposing team’s best wide out.

More than anything, the Titans need Marcus Mariota and their bevy of young receivers to take a giant leap next year. Adding vets like Butler and Lewis will certainly help the cause. The Bears went into free agency with a clear plan: Surround Mitch Trubisky with as much help as possible.

Robinson was arguably the best receiver on the board. He comes with some question marks after suffering an ACL tear last season. Still, he’s just 24 years old an has a 1,400-yard/14-touchdown season to his name.

The fast Gabriel is a terror when unleashed in the open field. No player felt the effects of losing Kyle Shanahan more then Gabriel, who often got lost in the shuffle in a crowded Falcons’ receiver room.

He might be better known for his passing ability, but Burton presents a ton of upside at the tight end spot. Burton is also a great blocker. He figures to help open up lanes for Jordan Howard and Tarik Cohen.

The 2018 NFL Draft pool is actually deep at the receiver spot, but they lack legit top-end talent. Robinson is a true No. 1, and Gabriel fits as a complementary piece in the slot. Through the draft, the Bears can now focus on continuing to build their secondary and offensive line. 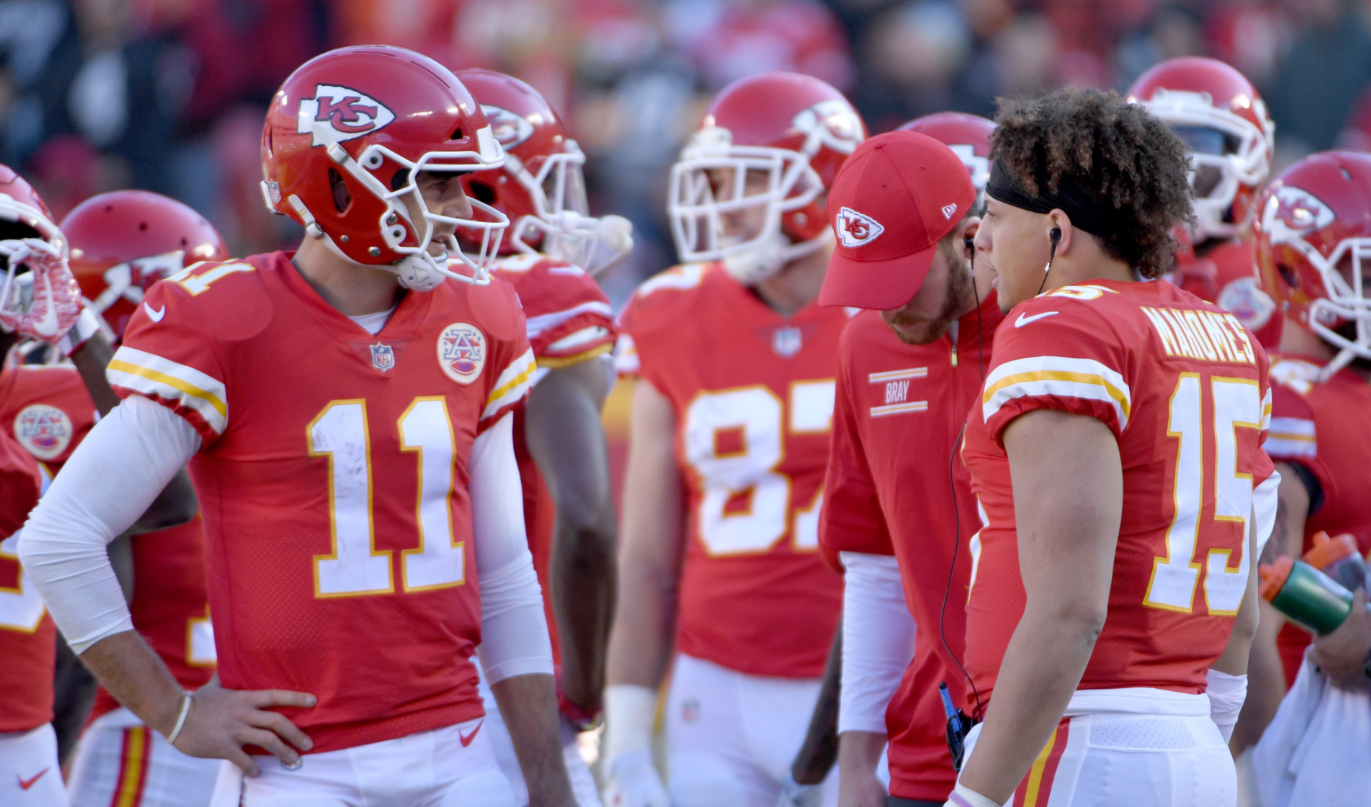 Washington and Kansas City are Both Worse Off After Quarterback Carousel